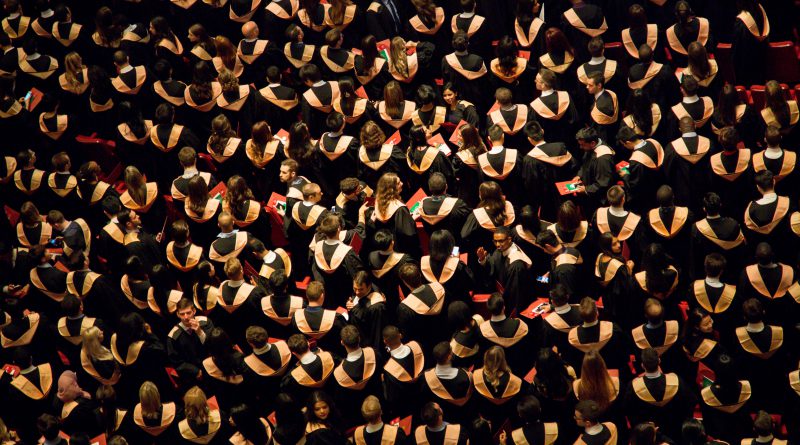 I have always thought that commencement ceremonies come at the wrong time.

This coming May, around 550 of us will graduate from the Harvard Kennedy School, and celebrate by sitting through speeches on how to “go out into the world”, “be the change” and “ask what you can do.”

This is fine. I like speeches, and am quite looking forward to the whole experience.

The problem is that May is too late. By then, a majority of graduates will have already committed themselves to their next jobs, locations, and life choices. Locked into our destinations, the well-intentioned life lessons imparted in commencement will become little more than an uplifting soundtrack to accompany the montage of gowns and champagne and parchment.

This is a great shame, because commencement speeches often say things that really matter. Mary Schmich, a columnist for the Chicago Tribune, imagined herself giving a speech to the class of ’97, and described advice as “a form of nostalgia. Dispensing it is a way of fishing the past from the disposal, wiping it off, painting over the ugly parts and recycling it for more than it’s worth.” She was right, and that is why commencement speeches deserve not only to be listened to, but also internalised and actually acted upon.

Steve Jobs implored the Stanford class of 2005 to dedicate their working lives to something with real purpose.

George Saunders told the Syracuse class of 2013 that the worth of their human experience will derive from kindness, not success.

And in May 2016, the civil rights icon John Lewis pleaded with the graduating class of Washington University in St. Louis to vote. Voting, he said, is “the most powerful nonviolent instrument or tool that we have in a democratic society, and we must use it.” Six months later, millennials overwhelmingly voted for Hillary Clinton by an 18 percentage-point margin. However, only half of them turned out, and she lost narrowly.

If these are speeches about the most fundamental decisions we make in life – what jobs to take, where to live, who to love, and why to give back – I think we should be reflecting on them now, in January and February, as we seek out our next great opportunity, not in May, when it might be too late.

My fear, for myself and for others, is that the overwhelming conveyor belt of the final semester leads us into making bad choices. We are confronted by the anxiety that the institution which currently swaddles us will soon hurl us out, alone, into the real world. Some sign contracts for lucrative jobs that leave them financially rich but emotionally poor. Others move to a city they end up hating, just because everyone else goes there. A small group rejects the cold reality of ‘the outside’ and pursues further degrees, even though often this isn’t what they really want to do.

I got my first commencement wrong.

In my final year as an undergraduate, I received a handwritten invitation to dinner with a consultancy firm on a card so ornate I assumed the Queen of England herself had summoned me. Inquisitive, and never one to turn down free food, I went. One dinner led to one follow-up email. One follow-up email led to a simple application. The simple application rolled into a round of interviews. And before I knew it, a parcel arrived for me in the college lobby with a congratulations letter and a bottle of champagne.

Consulting was okay, but twenty-four months later I was tired and lost.

Looking back, I can tell you exactly why I went into it. First, I had not grown up rich, so the money on offer was mind-boggling. Second, there is validation in receiving one of these coveted golden tickets. Stanford psychologist Carol Dweck, psychologist at Stanford, has written on how successful students often experience an intense fear of failure; a contract with one of the big firms feels like the world is stamping you ‘successful’. And third, the alternatives seemed daunting. The job market is not an easy place to be, a sprawling wilderness of uncertainty versus the simple, clear path that a professional job offered.

Kennedy School graduates came here twelve or twenty-four months ago to immerse themselves in policy, politics and the practical work of forging a better world. Some came to learn about a specific problem, like mass shootings in America or the use of data in policymaking or tax havens. Others came to learn skills or subjects, like behavioural economics or public speaking. It would be a great shame if these people make the same mistake I did as an undergraduate, and lose sight of all of this come May.

Part of the pleasure of graduate school is the chance to do it all over again. First, a second beginning, meeting new people and making friends. Then, a second shot at studying and learning and partying. And, now, a second ending. A new commencement.

Unlike the wise sages who will give your commencement speeches come May, I do not have a lifetime of achievement from which to impart my advice. All I can tell you is this: I’m going to commence early. Right now.

I will begin by telling my friends here that they are special, rather than waiting until the alcohol-fuelled bleary-eyed goodbyes in May.

I will try and have coffee with the two professors who really took the time to get to know me.

I will stay up drinking until 3am, because I won’t be able to do that next year.

I will ask that one woman out on a date. Being knocked back now is surely better than saying nothing and seeing in a few years’ time on Facebook that she married someone else.

I will think really hard about what I want to do with my labour. “What job do I want?” can only be asked once we answer “what work do I want to do in the world?” My friends from undergraduate days who had a real sense of their work – making documentaries, becoming an entrepreneur, serving country, serving God, or serving the poor – are the ones who have best withstood the choppy waters of professional life.

And, most importantly, I will ask others how they are feeling about their commencement too. Chances are that right now there are people around you who are feeling a lot more fearful about The End than you are, and you can make a real difference just by asking.

And, of course, I won’t be successful in doing all of these things, but I’ll try. Find me in five months, at the 367th Commencement, and I’ll tell you how I did. 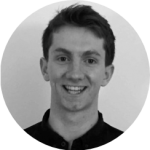 Benjamin Clayton is a second-year Master in Public Policy student at the Harvard Kennedy School.

Photo by Faustin Tuyambaze on Unsplash