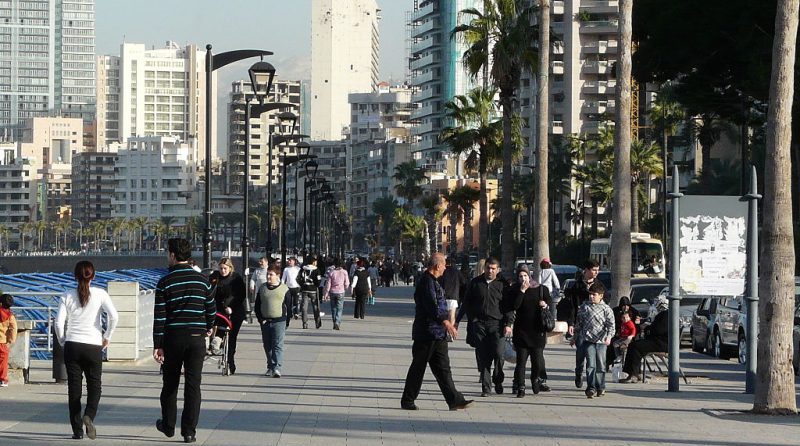 “In this room, the honorable Bchara El Khoury, President of the Republic of Lebanon, was arrested from November 11 until November 22, 1943.”

This is written on a plaque on the wall of The Rashaya Citadel, also known as the Citadel of Independence. Another plaque says the same for the honorable Prime Minister Riad El Solh. 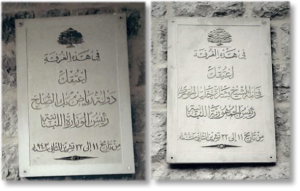 Proving the old adage that “history repeats itself,” the Lebanese Prime Minister, Saad Hariri, is believed by many to have been held against his will by Saudi Arabia and forced to resign on November 4 to weaken Hezbollah – Iran’s proxy in Lebanon. After weeks of intensive international diplomacy, Hariri returned to Lebanon and suspended his resignation as the country (ironically) celebrates its 74thIndependence Day.

In November 1943, the Lebanese parliament courageously abolished the French mandate over Lebanon and delegitimized the special powers of the French High Commissioner. France, which had military troops in Lebanon, responded by breaking into the houses of the president, the prime minister, and other cabinet members in the middle of the night, pointing guns at their families—some of them in their pajamas—and arresting them. Instead of frightening the Lebanese citizens, this incident galvanized their nationalist sentiments and unified Christians and Muslims, who resisted the mandate and demanded the release of their Christian president and Muslim prime minister. After 11 days of massive street protests and international pressure, the French eventually gave in. The French withdrew their forces and released the prisoners on November 22, 1943, which—after 23 years of colonial rule—was declared the Lebanese Independence Day.

On November 4, Prime Minister Hariri was visiting Riyadh when he unexpectedly appeared on a Saudi television channel to announce his resignation – a move that had the fingerprints of Saudi intervention all over it. As a Lebanese citizen, I am tempted (and conditioned) to surrender to the fact that small Middle Eastern countries, such as Lebanon and Yemen, will always be caught in a sectarian tug of war between Saudi Arabia and Iran. To save ourselves from one force, we have to run into the laps of the other.

But what if there was a way out of it?

Lebanon has 18 distinct religious sects, which also form the basis for most of the country’s political parties. The primary dividing line in Lebanese political landscape is the Sunni-Shia split: Hariri, a Sunni leader, is backed by Saudi Arabia while Hezbollah, the Shia political-cum-military party, is backed by Iran. In its latest effort to curb Iran’s influence in Lebanon, Saudi Arabia wanted to dismantle Hariri’s coalition government which includes Hezbollah, create a political vacuum and ignite the rivalry between the Lebanese Sunnis and Shias. But the Lebanese did not fall for that trap and the Saudi plan backfired.

Right now, people from different factions have rallied around Hariri for one purpose – to defend the sovereignty of Lebanon. Hashtags such as #We_are_all_Saad and #FreeHariri were all over Twitter and other social media platforms. The annual Beirut Marathon last week turned into an athletic demonstration of solidarity, as runners were welcomed to the starting line with a red billboard picturing a sprinting Hariri and the Arabic caption: “We are all waiting for you.” Major streets in Beirut are now decked with posters depicting PM Hariri.

Even sectarian leaders are united in response to this crisis. Hariri’s rival, Hassan Nasrallah, the leader of Hezbollah, said, “We in Hezbollah consider that the Saudi insult to the Lebanese prime minister is an insult to every Lebanese even if we disagree in politics.” The Hezbollah-backed Christian President Michel Aoun has rallied international support, refusing to consider Hariri’s resignation unless he submitted it in person.

As a Lebanese, I felt that whatever shred is left of my country’s dignity had been taken away by Saudi Arabia’s latest act of bullying. It made me feel small, disrespected, and insignificant. I struggle to determine whether that is because Saad Hariri is my country’s PM, or if it is because I am a Sunni Muslim Lebanese and a Hariri family member. While I am not politically active and only distantly related to Saad Hariri (common ancestry generations back), growing up in the Lebanese system has conditioned me to be loyal to the sect and its leader first, then to the country. My personal struggle mirrors that of Lebanese society at large – do we owe loyalty to the sect or the country first? The current crisis has (temporarily) alleviated this tension, as Lebanese of different factions demanded a stop to the Saudi’s crude interference and full respect for Lebanese sovereignty.

Is it naïve to think that the Lebanese could rid themselves of sectarianism and unite? Perhaps. After all, Lebanese citizens still remember when thousands of us – Muslims, Christians and Druze – marched during the Cedar Revolution in 2005 after then-Prime Minister Rafik Hariri (Saad Hariri’s father) was assassinated. Marchers held a Qur’an in one hand and a cross in the other. Coexistence never seemed more within reach than on that day. But, has anything really changed since then?

Sectarianism and patronage are more entrenched today. Sectarian leaders are not only the sole representatives of their communities, but also the gatekeepers through which loyal citizens can access state services and get jobs. This arrangement has weakened state institutions and undermined basic service delivery, resulting in uncollected garbage, worsening blackouts, polluted drinking water, and frail infrastructure. Meanwhile, Lebanese citizens watch the steady deterioration of their country.

Yet, history has shown that when Lebanese come together, the impossible becomes possible. The Cedar Revolution did achieve something significant: we kicked out the Syrian troops that had dominated Lebanon’s political and economic life for 29 years. By setting aside their sectarian loyalties, Lebanese Muslims and Christians were able to expel the French and declare independence in 1943.

This latest political crisis is one of these rare moments offering Lebanon a chance to truly unite and shield our country from external threats. We have all become accustomed to the sectarian system with its external loyalties, caving in to outside powers – this time, Saudi Arabia and Iran – who use our country as a proxy battleground. Our acceptance of this system as an unchangeable fact has helped to perpetuate it. The situation we are in now is not solely the making of some alien force. On the contrary, it is of our own making—and we have to face it. Only when we accept that responsibility will we realize that it is up to us, not the Saudis or Iranians or French or Americans, to do something about our sectarianism.

Today, our own flaws are our main obstacle: self-serving behaviors at the expense of the common good, fatalism, cynicism, disengagement, and distrust. Our condition will not improve unless we change ourselves. Let’s seize the crisis! 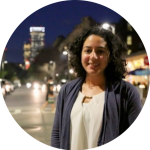 Hala is currently a second-year MPA candidate at the Harvard Kennedy School of Government and an MBA graduate from Boston University. She is particularly interested in projects at the intersection of private and public sectors and social development. Her previous professional experience includes consulting for the World Bank Governance Global Practice and management consulting with Deloitte and PwC.

Hala’s political views advocated in the article are hers and do not represent the views of Saad Hariri or his political party.