Home > Featured > The Democratic Party Must Commit to African Americans 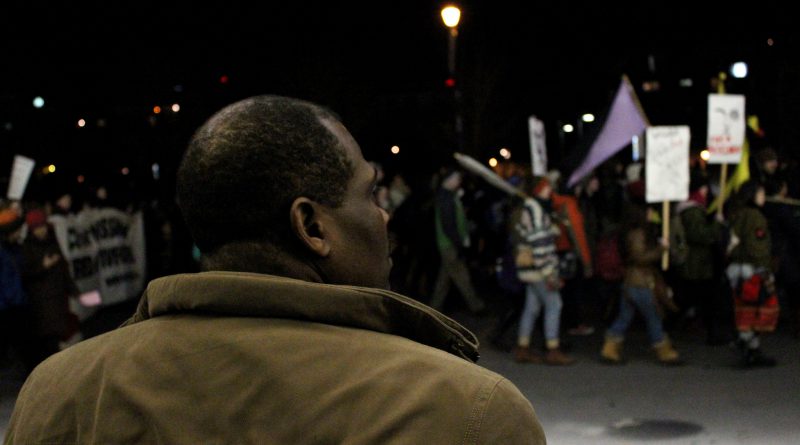 A year after the 2016 election, stuck with a scandal-mired President and a Congress pushing an unpopular agenda, the country faces a genuine crisis of confidence in government. Democrats could have stopped this if they delivered their supporters as voters. Instead, they are the minority and out of power. To get back to the majority, the Democratic Party must become the year-long party of African-Americans.

Democrats’ electoral fate rises and falls with black turnout. In 2016, Five Thirty Eight’s post-mortem found non-whites and Hispanics were more likely to stay home than whites. Turnout dropped 14% in Detroit, with similar drops in Flint, Milwaukee, and black precincts of Philadelphia. If black turnout remained at 2012 levels, we’d be memorializing the anniversary of the day America broke the highest glass ceiling, not contemplating the road to Gilead.

But decreased black turnout results in worse consequences for non-Presidential elections. According to The Upshot, black midterm participation rates have been stagnant since 1964—before the Voting Rights Act passed—remaining below 40%, with few exceptions. In 2014, for example, lower than expected black turnout proved crucial for Senate losses in states like Arkansas and Louisiana. In 2010, low black turnout combined with Tea Party energy and the continued recession to give Republicans a 49-seat House majority and 5 more statehouses. Increased black turnout in 2010 could have swung several close seats and governorships, preventing Republican redistricting and the current gerrymandered gridlock.

But real-world results motivate voters, and Democrats didn’t deliver enough policy wins for African-Americans under Obama. Blacks lost a third of their already-lower wealth during the Great Recession, while whites lost only an eighth.  This comes on top of continued mass incarceration, disproportionate police brutality, and persistent educational gaps. Several of Obama’s biggest policy wins, stimulus, healthcare, and decreased carbon emissions, disproportionately benefit African-Americans, but this group is seeing massive problems getting worse. Democrats did not address enough of the real problems facing them.

So, what must Democrats do to earn the votes of African-Americans?

First, speak to their issues. Blacks cite jobs and the economy as their most important issue. Democrats should target this to black communities. But they must dig deeper, creating a platform that speaks to their next most important issues—race relations and government dissatisfaction, according to Gallup. Democrats need clear policy proposals in the 2018 midterms and presidential primary that specifically address them.

Second, Democrats must do consistent, year-round, ground-level organizing in black communities, something they have not done in decades. Progressives need to get back to the unglamorous work of block meetings, neighborhood picnics, and town halls. And turnout every four years isn’t enough. Democrats need to organize in African-American communities at every election to counter the older, wealthier whites who return consistently to vote Republican. Though groups like Indivisible and the Women’s March have begun to encourage unified action through a decentralized strategy, they have encountered problems with representation of people of color. Democrats must encourage these organizations to engage thoughtfully with communities of color, and ensure the party itself has a constant presence in those communities.

Third, Democrats need to stand up for African-Americans when they’re attacked. Just this fall, President Trump has publicly attacked ESPN’s Jemele Hill, Merck CEO Kevin Frazier, NFL player-protestors, and Steph Curry. Black communities sense when there are disproportionate attacks on their members. If Democrats want to win back the trust of black communities, they need to defend these leaders.

Imagine how an African-American centered approach could improve the party. The base will vividly connect the Democratic platform to their own lives. Neighborhood groups will encounter the party in their daily lives through organizing and neighborhood events. African-Americans will strongly defend a Democratic Party that defends them.

Others will criticize a black-centric approach.

Some may argue this strategy failed in 2016. After all, the mothers of police shootings spoke at the Convention. DeRay McKesson endorsed Clinton, and President Obama often spoke after police shootings.

But Democrats did not truly adopt a black-centric approach. Think back to August 2014. The leading government official shutting down the Ferguson protests was a Democrat, Missouri Governor Jay Nixon, under a Democratic President. Instead of supporting black communities and speaking to issues impacting them, Democrats put these issues front and center beginning only months before the campaign. This work needs to happen before August 2020.

Other will argue about states or districts with few people of color. Should Democrats really play up Black Lives Matter in Wyoming or Louisiana?

To start, in some states with small minority populations and idiosyncratic politics, like Alaska or Wyoming, this strategy cannot be the dominant one. But this strategy also turns red states purple. John Bel Edwards won Louisiana’s Governor’s race in 2015, largely due to significantly increased black turnout in New Orleans. Governor Edwards did not hedge on supporting President Obama, saying for years that he proudly voted for the President twice. He also spoke to issues of pay equity and school quality, top issues for the African-American community. He maintained 80% approval from African-Americans a year after his election, without a decrease in white approval, even with controversies over police shootings.

Democrats have grown antsy as a national minority party. To get back to being the majority party, they need to embrace the minority group that most reliably supports Democrats—but whose turnout often slips outside of Presidential elections. African-Americans can bring the party back to power. 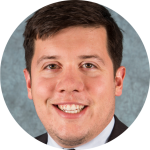 Bob Payne is a second-year Master in Public Policy candidate at the Harvard Kennedy School of Government. He previously served as Research Director for the Lina Hidalgo for Harris County Campaign and was a Summer Research Intern for the State Innovation Exchange. He has worked as a Teach For America Corps Member and a charter school administrator in his adopted home of New Orleans, Louisiana.