Home > Articles > Interview with Congressman Jason Chaffetz: The Future of the Republican Party 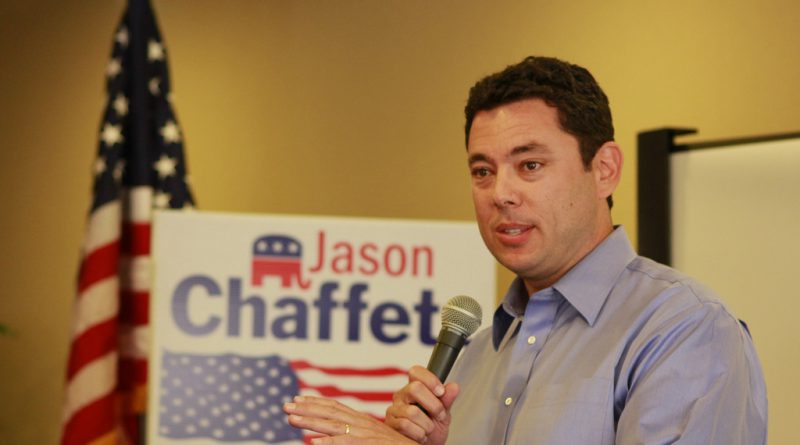 Jason Chaffetz (R-UT) was elected to Congress in 2008. While in Congress, he served as the Chairman of the Oversight and & Government Reform Committee. He left Congress in June of 2017. Previously, Congressman Chaffetz served as Chief of Staff for the Governor of Utah.

This interview was conducted on Monday, November 6, 2017.

When you woke up on November 9, 2016 and realized that there would be Republicans controlling each branch of the government, what was on your mind? What did you expect to accomplish in the first year that hasn’t been accomplished yet?

It was one of the great frustrations and the reason that, even though I was in the midst of a two-year term and a current chairman of a committee, that I elected to leave. There were a lot of family issues and balance things that were the primary driving force, but I was led to believe that now that we had a president in place that would actually sign Republican bills, that it was a real opportunity to do some serious legislating that, at least in the first year, hasn’t been achievable.

It seems that a growing number of Republican Senators are turned off by the rhetoric coming out of the administration and struggle to balance conservative values with policy goals they care about. Will that fall away with successful tax reform or continue to challenge the party heading into 2018 and 2020?

Hard to tell where that’s going to go. I mean, originally, I supported Marco Rubio. I campaigned hard for Marco. Donald Trump has shown an amazing propensity to win and attract people to his side. I do think at least this far, he’s viewed as a fighter and he’ll fight you on anything if you oppose him. But he’s also viewed as fiercely patriotic and again there is only so long that Democrats can yell and scream about “everyone is wrong.” You know, they haven’t done a very good job of picking battles.

When you’ve complained about every single thing he’s ever done that message loses its efficacy.

Do you think the Republican Party is heading in the populist nationalist direction? Will it be able to turn back?

I think the American public, frustrated with Washington D.C., didn’t like the direction we were going. I think the promise of Barack Obama was a very broken promise. I think the public wanted to turn to someone who had not been a politician.

Think about it, Donald Trump had no resume in the political arena other than as a donor to both sides of the aisle, but he had been in their living rooms for decades as a successful business person and celebrity. His New York brash style, even in Iowa and Arizona, seemed to play well.

Given ongoing concerns about President Trump’s approval ratings, the Russia investigation, and North Korea, do you think that there’s a risk that Republicans won’t show up in the numbers that you would need them to in 2018?

No, the reality is that something like 90 percent of House members will continue to get re-elected.

I think there’s more concern among Republicans in an intra-party race than there is on a general election race. The deadlines on healthcare and tax reform are self-imposed but they’re largely done because, starting in January, that’s when the party races start happening. If you have to go home empty-handed [on healthcare and tax reform], and you got a primary challenger you’re going to have to justify your existence.

Let’s also remember that the economy is doing really well. Races will come down to individuals. One-versus-another. It depends who is attracted to run.

Statistically there’s no doubt that Democrats will gain some seats back, but I don’t sense any sort of wave. When we went into 2010, boy you could feel it. You could smell it. It was just like, man, half the bodies were going to change. I mean the numbers weren’t that high, but there was a huge wave of turnover.

One of the articles in our “Election Reflection” series is about Republican outreach to African American communities. That’s been a question in the Republican party for a while, and now you see the administration seemingly embracing white identity as a party plank. How do you think that Republicans should be reaching out to minority communities?

Absolutely. I think we do a pretty good job of branching out and attracting a diverse array of candidates. It’s just that Democrats end up beating them. I mean look at my own state of Utah. We only have four house representatives, but Mia Love was the first African American female to join the House of Representatives in a state that most people don’t think is as diverse as it actually is. I think that the policies are right, but we’ve got to continue to attract [strong candidates].

Are you concerned that people see the Republican Party more closely tied to what people call “white nationalists” and that association effects minority outreach?

I don’t see it like that. I know Democrats want to paint that picture. But this identity politics, I just, I think it’s a shame.

We need to figure out how to engage and get more women in all levels of government. My campaign managers in the five elections I ran were always women. My second campaign manager was Deidre Henderson. She could’ve stayed on as my campaign manager but we encouraged her to branch out and she ran and won a State Senate seat in Utah.

She’s doing great. We need more of that. You know she has five kids at home. She was working at home as a homemaker. But she’s a State Senator now in Utah. More of that needs to happen.

Recently, we’ve seen sexual harassment and misconduct allegations all over the map from Hollywood, to Fox News, to Washington. Many women see this administration as connected to that, especially after the Access Hollywood tape. What more do you think the Republican Party should do to elevate female candidates and attract female voters?

You have to lead by example. You’ve got to have role models and people that show that they can do that. Nikki Haley is a good example.  She was governor and now she’s UN Ambassador and will probably continue to play a pivotal role.

I think back to President Bush and the role that Condoleezza Rice played. She’s been an inspiration to a lot of people. You need those kinds of examples.

As a white male, I have to empower women in key positions. My staff director was one of the few female staff directors on Capitol Hill. She joined Paul Ryan’s staff and got a bit of a promotion, and I was glad [for her].

You have to encourage it and find it. Then part of it, I want to be careful the way it’s framed because it’s not true for everybody. One of my best staffers was having a child. She ended up having twins, but we bent over backwards to accommodate her schedule because she was so unbelievably talented and we couldn’t afford to lose her.

We were flexible and it paid off. And I think created a win win. So again, it’s just about thinking about it differently.

Do you think that championing those sort of policies for Republicans is the way to do that?

I do, but I have a sensitivity that the federal government not force private businesses to do it. I just think that the smartest private companies will do it because it’s just good for business. It’s just a smart way to approach things.

Many students at the Kennedy School are considering getting involved in politics, or running for office. How do we go about navigating this really deep political divide ? What lessons do you wish that you knew before you got into politics that we might benefit from knowing?

Not everybody is going to be in an elected position. I felt that I could still contribute without necessarily being an elected official. You’re either a part of the solution or you’re part of the problem.

The mayor said, “Do you have business before the planning commission?”

The mayor came down and said, “We’ve never had anybody actually show up to a planning commission meeting unless they have business.”

That’s how I got to know John Huntsman Jr. My mom had passed away from cancer, she had breast cancer. The Huntsman family had put in hundreds of millions of dollars to fight that. So when he was going to run for governor, I said, “hey, I think I can help.” It’s sort of that adage that, so few people raise their hands but those that do make a world of a difference. I really believe in that.

I came to find out later other people had agreed to donate money to the Huntsman campaign but I think I was the only one that had actually called and said I was willing to help. And that kind of changed my life. Do something. You can do a little bit. 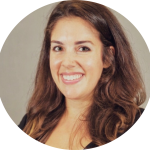 Dina Montemarano is a first-year MPP student at the Harvard Kennedy School and an Associate Editor at the Kennedy School Review. Previously, she managed advocacy and communications projects focused on HIV and reproductive health and served as a Teach For America corps member in Brooklyn, New York. She is passionate about social justice and Italian food.