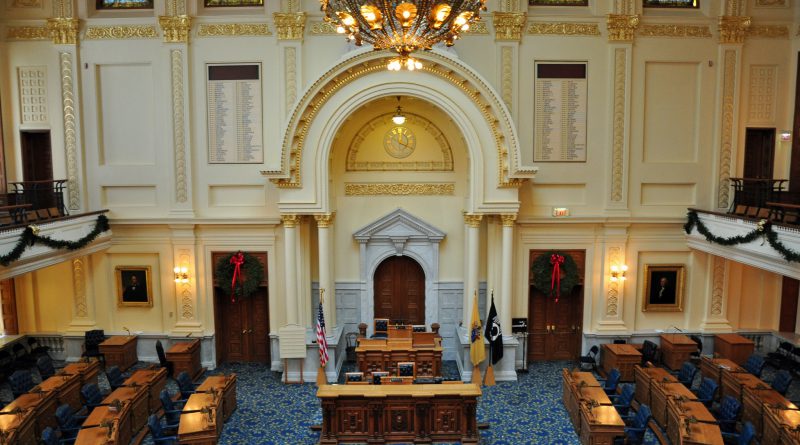 Throughout a fraught 2017, my home state of New Jersey has been frequently, even exquisitely, dragged through the mud on the national stage.

Governor Chris Christie will leave office as the most unpopular governor in the state’s history. This summer, Christie even outed himself as a “shoobie,” a term Jersey natives use to belittle out-of-towners, for his impromptu vacation in a state-managed park during a government shutdown. Meanwhile, Jersey native and Trump son-in-law Jared Kushner faces scrutiny for using personal email for White House business, and as a character in the investigation of Russian interference. In an effort to give his once-ally and early endorser a fight to fight in the waning days of the Christie administration, President Trump installed the governor to lead the federal opioid response in March.

“It’s like all the clouds twirled together and developed this funnel that swept up these people and plunked them down in the middle of D.C.” and into the country’s consciousness, Essex County constituent director Joyce Goldman told me.

The Garden State, rarely the nation’s darling, has a history of bouncing from one public flogging to another. But with the off-year gubernatorial election’s denouement, Phil Murphy’s election has implications for the nation far beyond the state’s cast of characters. Though the governor’s race itself might not have reached the same level of vitriol as the Virginia contest, always-misunderstood New Jersey has earned its right to serve as  a testing ground for progressive ideas and the liberal agenda.

The heated contest between Republican Lieutenant Governor Kim Guadagno and Democrat Phil Murphy elevated issues too important for the nation to ignore, from billions in infrastructure to fix “third world” airports to the families threatened by the administration’s repeal of DACA.

Coastal recovery continues in the state as the Army Corps of Engineers debates a 50-year plan to save beach towns from rising sea levels. Amid the deadliest drug epidemic in the nation’s history, New Jersey faces heroin deaths three times the national average. Its leadership in the opioid crisis response has directly informed the federal response and by all accounts will continue to drive national strategy next year through Murphy’s transition to leadership.

New Jerseyans themselves fail to recognize theirs is one of the most powerful governors in the country. The governor’s half-command of the nation’s most powerful transit authority and its $8 billion-plus budget – larger than that of 11 states – has meant now-infamous control over the country’s most important thoroughfares. With the state’s management of the deteriorating Gateway Tunnel alone, the governor holds the keys to the vital mover of goods and people for the most densely populated area in the country – and the biggest driver of the American economy. The hundred-year-old tunnel is close to disaster. As the singular operating rail link in the Northeast corridor, it is crumbling before the region’s eyes and now requires a nearly $13 billion infusion to complete a required supplementary rail link. The operation of the most vital artery in the American economy rests on the governor-elect’s decisionmaking, and wrangling federal dollars to make his vision a reality.

The gubernatorial race also came as Democrats sought to affirm state and local races as critical to countering the Trump administration’s reversal of federal policy on issues ranging from the environment to immigration.

New Jersey contributes more to the nation’s tax base per capita than any other state outside neighboring New York. Training his focus at home, Murphy floated a millionaires’ tax to alleviate mounting pension and public employee healthcare shortfalls. The tax looks likely to proceed – and as the race reached its closure, and Murphy “veered left” toward progressive positioning, the race offered an ad-hoc rehearsal for the Democrats’ 2018 “better deal “platform.

President Barack Obama graced a Murphy fundraiser last month in his first campaign appearance since Trump’s inauguration, and in endorsing Murphy called for New Jerseyans to recognize that election day in the state would be an opportunity for “the world to see what kind of politics we believe in.” The off-year outcomes offered evidence voters see statehouses and legislatures as key levers to constrain a federal government captured by special interests, and endorsed states’ power to protect Obama-era climate, citizenship and healthcare goals.

But perhaps don’t elevate New Jersey as a shining example just yet. Senator Robert Menendez’s federal corruption trial continues this month, and he holds the distinction of being the first sitting senator to be indicted in nearly a decade and only the twelfth in history. In fact, the last sitting senator to be indicted, convicted, and sentenced to jail time held the same New Jersey seat. Menendez is undeterred: He has made clear he will run for reelection if he makes it through his trial unscathed and his reelection campaign has already banked a cool $2.3 million this year alone.

He shouldn’t run for reelection; my New Jersey deserves a fresh start. With a new governor without what Goldman called the “gum on his shoe” of Bridgegate, and perhaps a game-changing open senate seat to galvanize the state and country, New Jersey has a unique opportunity to drag itself out of the mud.

New Jersey may not fit the mold of bellwether or litmus test, but this week New Jersey affirmed it is not merely the unbearable stretch of Turnpike through to New York City. As the governor’s race closed, Jersey has something to teach. Given the need for trust-building at all levels of politics and government, each of New Jersey’s 8,700-some-odd square miles became a proving ground. 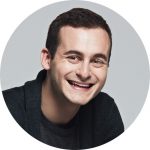 Matthew Spector is a New Jersey native and a master in public policy candidate at the Harvard Kennedy School of Government.  He is a former visiting researcher in governance studies at the Brookings Institution.