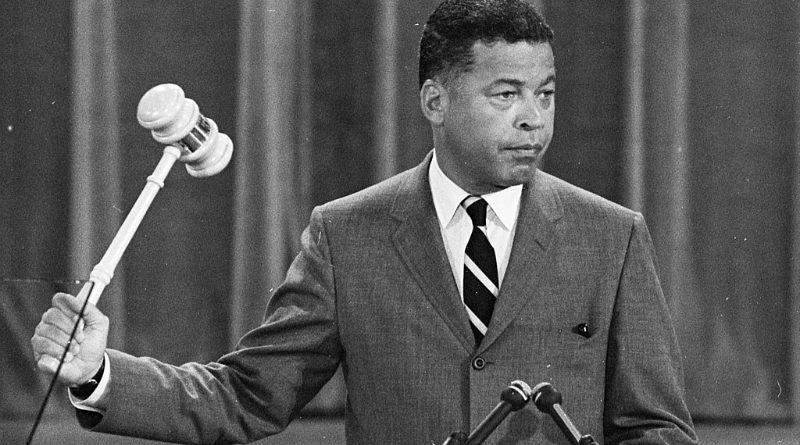 It has been more than 50 years since a Republican presidential nominee has received more than 30% of the black vote. And thanks to President Trump’s coziness with white nationalists, it may be another 50 years before the GOP is able to penetrate the Democratic party’s seemingly impermeable hold on black voters.

Although the Republican party’s failure to attract black voters is no secret, it may surprise many that nearly one-third of black voters identify as conservatives. And even though the number of registered voters is nearly identical, the GOP has fared significantly better with other minority groups, including Latinos, than they have with black Republicans. To explain this phenomenon, some have argued that the black community’s relationship with the Democratic party is more de facto than ideological. For example, Professor Theodore R. Johnson of Georgetown’s McCourt School of Public Policy set out to understand this paradox, and found that black voters vote socially, in the best interests of their racial group, even when it is opposed to their individual interests.

But Democrats, as the sole purveyors of the black agenda, have done more harm than good for the black community. Take for instance the proliferation of the prison industrial complex and significant cuts to welfare under Clinton, or the deepening wealth gap between blacks and whites under President Obama.  Black thought leaders from Reverend Jesse Jackson to Van Jones have increasingly written about the community’s heightened apathy and frustration with the Democratic Party. Steven Thrasher, writing for The Guardian bemoaned, “other than not being as crudely racist, xenophobic, and misogynist as the Republican Party, the contemporary Democratic party offers little” to blacks. More troubling for the Democrats is a recent article in The Root entitled “More Black Women Are Realizing That the Democratic Party Is Full of Shit,” which highlights the tensions between the Party and our community’s most ardent and loyal voter.

These frustrations amount to a significant opportunity for Republicans to make inroads into the black community by offering a plan to uplift black Americans. For instance, the Republican party could lean on its reputation for strength in business. In particular, Party leadership could draft policies that increase access to capital, social networks, and markets for black entrepreneurs – the nation’s second largest employer of black citizens. Policies like these would also help reduce black unemployment. Other policies may include increased funding for high-performing charter schools in urban cities, and the creation of magnet programs that focus on STEM. And finally, Republicans could reclaim their place as a defender of civil rights by championing policies that restore voting rights to millions of convicted felons who have served their time and repaid their debts to society.

But these ideas are just a start. Successfully wooing black voters requires more than crafting the right policies. To have a chance at dismantling the Democrats’ 50-year monopoly on the black vote, the GOP must change the narrative around what it means to be a black Republican.

To this end, GOP leadership must begin by recognizing that blacks prioritize the pursuit of racial equality over economic opportunity. Thus, courting black voters should mirror Mike Huckabee’s effort in his 1998 campaign for Governor, in which he won more than 48% of the black vote.  Huckabee spent years actively engaging the black community – not just in election years – which allowed him to shed “colorblind” politics and make a more nuanced appeal to blacks that recognized our complex history in this country. Notably, his strategy did not involve compromising his Republican principles.

Just as important, the party must develop its growing cadre of young and respected black leaders. In the current political climate, the black Republican is the black community’s modern-day leper – they are castigated and labeled a “sell-out” or an “Uncle Tom.” The GOP’s promotion of men like Herman Cain and Ben Carson, who many blacks view as compromising their “blackness” to advance within party ranks, only serve to advance this narrative. What the party needs are modern-day black politicians like former Massachusetts Senator Ed Brooke: individuals who are unapologetically black, well-respected in the black community, and who possess the ability to tailor the principles of self-determination, self-sufficiency and economic empowerment to a racially-conscious worldview.

A lot can change in 50 years. Since 1967, American ingenuity has accomplished what was once unimaginable: from men walking on the moon, to the Internet, and to America electing its first black President. Somehow, in that same timeframe, Republicans have struggled immensely to connect with the black voter. This, however, does not have to be inevitable. The time is now for the party to broaden its coalition of voters by ceasing to equivocate on racism, by leading on civil rights, and by offering a plan of inclusive economic empowerment to the black community. 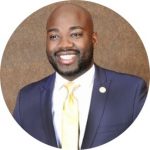 Addison P. Berry is a voracious consumer of, and enjoys writing about, all things entrepreneurship, politics, and economic development in the African Diaspora. He is currently a second-year MPP candidate at Harvard University John F. Kennedy School of Government where he is also a Sheila C. Johnson Fellow and Cheng Fellow. Addison is a graduate of Howard University School of Law and Florida State University.