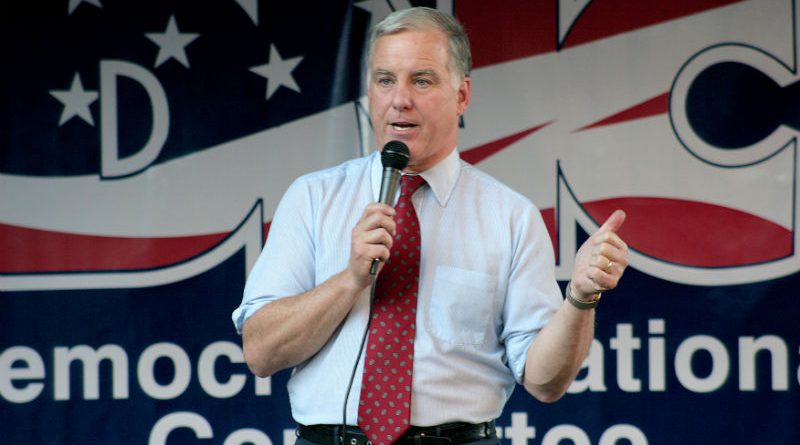 Governor Dean is not interested in rehashing the 2016 election. There are a range of reasons he believes contributed to Secretary Hillary Clinton’s loss on November 8th, but that is all, as he puts it, “hindsight.” While he rattled off a few—globalization, populism, Russian influence, Jim Comey—he was more interested in looking ahead at what is next for the Democratic Party.

In his estimation, people are not paying much attention to the internal politics at the Democratic National Committee (DNC), and rightly so. Instead, they are getting to work on the ground, largely lead by a younger generation of technologically connected activists who hold Democratic values, but may not see themselves as part of the DNC’s institution. In Dean’s opinion, the DNC is going to have to catch up to support the work being conducted by organizations like Indivisible, Color of Change, Emerge America, and Voto Latino. These organizations are doing much of the work parties used to do, and the DNC will need to embrace them and evolve along with them. The best thing the DNC can do, according to Dean, is build their voter database to share with Democratic candidates up and down the ballot. From there, it is up to the activists reshaping the party to find the best way to work together under one umbrella.

We discussed how this might work, and what should happen next if Democrats are going to march to victory in 2018 and 2020.

What role do you think that the DNC should have heading into the 2018 midterm election?

I truly think the juice of the election is going to come from all the grassroots organizations outside the Beltway. They’re already picking candidates and they’re raising money. They’ve got, I don’t know, a hundred candidates running in Virginia. I think this has already become a grassroots party, and it really has been for a while. It’s just that, unfortunately, we’re not organized. It’s all about being organized on the ground. The central organization of the party has to catch up with what the grassroots is already doing, and I’m very interested in trying to help in that regard.

Beyond the voter database that the DNC puts together, are there any other suggestions you have about how the DNC can catch up with the work happening on the ground?

We have to rebuild the Democratic Party from the ground up, which means that we have to let these Internet organizations decide how they want to work together. This is a generation of young people that doesn’t really like institutions very much. I think the lesson of Trump’s win is: you may not like institutions but they can hurt you even if they can’t help you.

The particularly good thing about Indivisible is that all of the people who are running it are all young, but they also have had experience in the United States Senate, so they understand the nexus. That’s something I think the first global generation has got to learn, what is that nexus? It cannot be done from the DNC outwards because the version in our generation of an institution is so foreign to them. I think it can be built by the activists, but they do have to form a real institution. It can’t be just what I call cooperation without commitment. Marshall Ganz, who is at the Kennedy School, calls it mobilization without organization.

Organization implies long term institutions. Commitment implies willingness to work together in more than a casual cooperative way. There has to be more of a realization by this generation that the survival of institutions can be incredibly unpleasant and difficult, but there are some redeeming features of them and we have to use institutions again.

Do you have any recommendations for individual chapters of Indivisible or Our Revolution that are working in districts that are going to be critical for 2018? How should they start thinking about that work?

They have to work together. But again, it has to be from the bottom up, not top down. As you know, I’m working with Hillary on the Onward Together effort and we’re trying to do that.

First, they have to develop the organizations. After that, once they have proof of concept that proves to be successful, then we have to talk about what kind of institution they want to build. It cannot be something that’s prescribed by my generation. The capability gap between the generations is too great. But it has to be done. And so, I think that’s something our generation and the new generation are going to do together.

Do you think that the evolution that is happening on the ground and the traditional process of picking a nominee in 2020 can happen in harmony? Is that the role of the primaries, or are we headed for a collision course?

There is nothing about primaries that are harmonious. The process is always knockdown drag out in both parties. This is the quest for the most powerful job in the world.

I think we are going to see some candidates of the older generation and a whole bunch of candidates nobody has ever heard of, and we’ll see who wins. I am going to be with the younger generation, but people will make their own decisions. There’s a lot of good young candidates and I’d like to see one of them be our standard bearer because I don’t think you can appeal to people unless your party looks like them.

We’ve seen some rumored presidential candidates looking at universal health care—something you’ve long supported—heading in to 2020. Do you think that this policy is going to be one of the key ways that they reach out to this younger generation? What are the other issues should the DNC be focused on in 2020?

Well the DNC doesn’t do issues. The DNC’s job is to do the mechanics. I don’t fault the DNC for not doing this issue or that issue.

I do think that Bernie has had a very positive influence. You have 15 Democrats in the Senate supporting his Medicare for All, that wouldn’t have happened before he ran.

In that sense, you’re going to see a lot of candidates supporting universal health care. I think that’s a very important thing. But it’s not the DNC job to push this issue or that issue. It’s their job to get the mechanics in order so we can win the House, the Senate, and the Presidential race.

While the DNC may not do issues, the platform was criticized for not having enough for the white working-class and for not incorporating some of Bernie Sanders’ message. How does the platform influence voters?

I don’t think people think about the platform for five minutes, except for the insiders and the people that go to the convention. It’s the candidate that matters. As long as they are somewhere within the center and the left, which is where the Democratic Party is, I don’t think people win on issues. I think they win on force of personality, on ability to connect, and on emotional intelligence. I think that’s what drives great candidates.

You had this country elect Ronald Reagan and Bill Clinton within the space of eight years. What they both had in common was an ability to connect with people.

So, it sounds like for 2020 you think it’ll be important to nominate someone that resonates particularly with that younger generation that we’ve discussed.

Here’s what they have to have: they have to be young, they have to able to connect, and I think they have to stable. I think the big question will be do you want four more years of this irrational unpredictable leadership which is a giant reality show or would you actually like somebody who knows what they’re doing?

It will be someone with a political background, it won’t be a Democratic billionaire. It’s going to be somebody with political civility who knows what they’re doing but who can articulate a vision which is straight forward and connect with the American people.

In the interim, in 2018, do you think that Democrats need similar candidates in the competitive races for the House and Senate or are there more nuances given the local aspect of those races?

There are always local nuances, but the 2018 election is in many ways going to be a referendum on Trump and I like our chances because Trump’s numbers are awful, and, more importantly, we have fantastic candidates mostly found at the local level. The genius of the 50-state strategy was not that I was so smart, the genius was we let people who knew the local districts pick the candidates as opposed to try and pick people who could self-fund their own races, and that’s why we won in 2006 in the House and the Senate.

There’s a ton of people running for the state legislatures in ’17 in Virginia and ’18 who have never run for office before. Those are going to be incredibly attractive candidates, both for the Trump voters and to the Democrats.  I like our chances because the populists have taken over and they’ve really made a bigger mess than they inherited.

How would you envision addressing the working class in the hopeful message that you think the 2020 candidate needs to send?

We ought to have real tax reform, not “let’s give more money to the billionaires by cutting Medicare” tax reform, which is what they’ve got on the griddle now. Real tax reform is: let people get rich by investing in affordable housing and infrastructure that’s going to help some of the states like West Virginia and Kentucky. That’s where we need jobs. We can invest there, but they’re not going to invest there unless they think they can make money.

Right now our tax code rewards people on Wall Street for trading in paper. That does nothing to build America. If you want to build America, give people tax breaks for building America. That’s what we have to do and that’s what we ought to be talking about. There is not one Democrat that will vote for Trump’s tax bill because it’s a tax give away at the expense of working class people for his friends.

Is it fair to say that you think that now is a good time for younger people who are thinking about running for office to do so? Is so, do you have any advice for how to get into that game?

Yeah. Go talk to your local Indivisible chapter, of which there are about 860. Go talk to Flippable, go talk to Emerge. Forty-percent of the candidates Emerge has recruited are women of color. That’s tremendous!

Our candidates need to look like the people who are in our party, and that’s what they’re doing at the grassroots. I just say go to one of these organizations, go to Swing Left. There’s a training organization called the Democratic Training Council. We can get you trained. We can get you in the field. We can raise you money, but you have to be willing to work. There a ton of people like that.

Seth Moulton is a Congressman. He’s a maverick. He’s got a whole raft of veterans running, and a lot of them are going to beat incumbent Republicans who have been there for a long time. 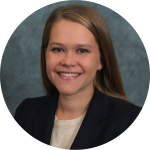 Liz Hanson is a second-year master in public policy student at the John F. Kennedy School of Government at Harvard University. Having developed climate change mitigation and adaptation policies at the state and local level, she is committed to working across sectors to improve the sustainability and livability of communities and ensure the realization of global climate commitments.