Home > 2017 Issue > One Size Does Not Fit All: The Rise of Tailor-Made Economic Policies 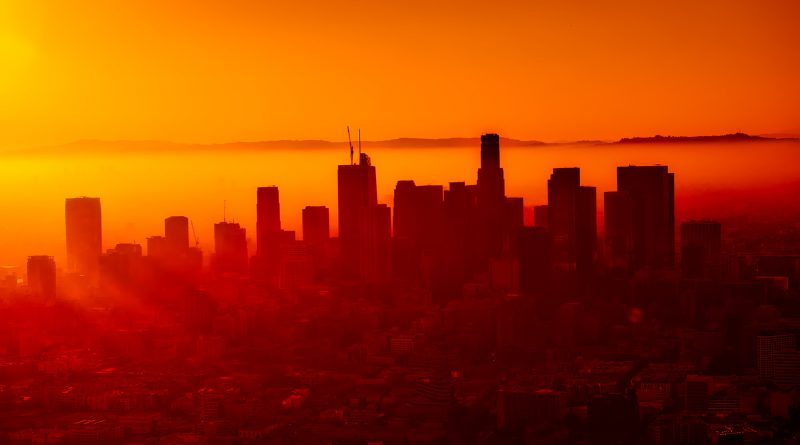 Many major shortcomings of economic policy making can be attributed to an over-reliance on “one-size-fits-all” policies that ignore differences in countries, industries, and individuals.

Until the early 21st century, the accepted means to increase the wealth of developing countries centered on a set of largely standardized policy prescriptions. At the industry level, the high systemic risk of the financial sector relative to some other industries was seldom recognized in regulation before the Great Recession in 2007. For individuals, policies related to taxation, health, and education were often based on economic analyses that did not account for differences in personal circumstances.

This is beginning to change. At the national, firm, and individual levels, economic policy is heading down a path of increased customization. For policy makers, this creates opportunities for novel solutions to problems both new and old. Yet there also exist trade-offs from increased complexity and the risk of discrimination, based on factors like gender or race.

A shift to a differentiated approach to economic policy making is evident from changes to international development practices from the late 20th to the early 21st centuries.

John Williamson encapsulated the accepted view about economic practice in his 1990 article “What Washington Means by Policy Reform.” Williamson outlined a set of policy prescriptions in ten areas—coined the “Washington Consensus”—on which “the political Washington of Congress and senior members of the Administration . . . and the international financial institutions [were in broad agreement and] urge[d] on the rest of the world” to achieve successful economic reform.[1] Characterized by the principles of trade liberalization, deregulation, and privatization, policy makers often presumed the efficacy of these policies to be universal across countries.

But in the first decade of the 21st century a new paradigm emerged constituting a significant departure from policies that applied equally across countries. Jeffrey Sachs in 2005 drew an analogy to medicine and invoked the term “clinical economics” to advocate an approach to development practice more nuanced, reality grounded, ethical, and differentiated than the existing orthodoxy.[2] As part of this doctrine, Sachs proposed that development practitioners should undertake “differential diagnoses,” recognizing the varying causes for countries’ economic challenges and tailoring policy remedies accordingly.

In the same year, a trio of development economists (Ricardo Hausmann, Dani Rodrik, and Andrés Velasco) invented the concept of growth diagnostics as a new framework to identify the varying root causes of underdevelopment across countries.[3] The logic of this idea is simple: that the causes restricting growth can be due to a host of causes and are likely to differ across countries given the problems and opportunities they face. Under this paradigm, due to disparities in symptoms, development policies that are effective in one country may not work for others.

A second case illustrating differentiated economic policy is the evolution of financial regulation since the global financial crisis of 2007–08.

The crisis began as a subprime mortgage crisis in the United States and evolved in depth and scope to eventually precipitate the worst global recession since World War II.[4] Although much has been written about the various causes, consequences, and lessons from the crisis and the Great Recession that followed, a striking outcome was the marked change in the financial regulatory landscape.

In the United States, the Dodd-Frank Wall Street Reform and Consumer Protection Act (Dodd-Frank) was signed into law in July 2010. Dodd-Frank went beyond the past precedent of regulating the whole financial industry and sectors of the industry, such as investment banking, to target specific firms. Specifically, it introduced rules tailored to firms that are designated systemically important financial institutions (SIFIs) by the Financial Stability Board. Voluntary global regulatory reform occurred at around the same time through the Third Basel Accord (Basel III), which also introduced specific guidelines for global systemically important banks (GSIBs), similar to the SIFI designation in the United States.[5]

Dodd-Frank and Basel III are examples of differentiated economic policy on an industry level because they sought to tailor regulation to a specific class of firms within the financial industry. In his initial speech announcing the rationale for regulatory provisions that would eventually become Dodd-Frank, President Barack Obama noted that “a regulatory regime . . . crafted in the wake of a 20th-century economic crisis—the Great Depression—was overwhelmed by the speed, scope, and sophistication of a 21st-century global economy.” In contrast to the prevailing status quo, the new regulations would “pinpoint the structural weaknesses that allowed for the [global financial crisis].”[6]

Moving past countries and sectors, the rise of differentiation in economic policy making can also be seen in various areas of social policy.

Consider the diverse topics of kidney transplants, students’ public school preferences, and even online dating. A common feature is that each involves matching parties to each other based on individual characteristics or stated preferences: the respective parties being matched are recipients to donors, children to schools, and prospective partners.

In 2012, Lloyd Shapley and Alvin Roth received the Nobel Prize in Economics for work that directly improves “matching markets.” One famous result of their work is a set of simple mathematical rules known as the “Gale-Shapley deferred acceptance algorithm.”[7] The algorithm ensures in certain circumstances that when the rules are followed, no two matched parties—say, a school and student—would be better off if matched with others.

The matching algorithm possesses very real benefits. For example, the redesign of the New York City public school’s admissions system in 2003 by Roth and his team resulted in a 90 percent reduction of students assigned to schools for which they indicated no preference.[8] Differentiation is at the core of this innovation: rather than faceless cogs in a wheel of chance, individuals, and their preferences, matter.

The personalization of economic policy making and its benefits are arguably most visible in the field of behavioral economics. The practice of incorporating psychological insights into public policy is well known and continues to diffuse around the world. The impressive breadth and effects of this are evident in the work of bodies like the Behavioral Insights Team (BIT) of the UK government and analogs in many other countries. Findings from trials run by these bodies affected government outcomes in areas including taxation, retirement saving, charitable giving, and health spending.[9] Behavioral insights led the US Food and Drug Administration’s replacement of a nutritional “food pyramid” to a simplified “food plate”, her Majesty’s Courts and Tribunal Service in the UK to issue find payment reminders via text to boost payment rates, and even the banning of pre-ticked boxes in online sales in the European Union.[10] Differentiation here presents itself through recognition of the rich complexities of human behavior.

Like the very problem it often seeks to address, differentiation is not a cure for all ills and may be associated with its own risks.

This applies to each of the examples discussed above (and summarized below in Table (1). For the case of economic development, critics of the growth diagnostics framework note that focusing on only one underlying cause of underdevelopment at a time may omit problems that potentially interact with each other. Similarly, critics of Dodd-Frank often identify the complexity and financial burden associated with the reforms as onerous. Finally, applications of behavioral economics in public policy can often elicit accusations of paternalism through the manipulation of individuals’ choices.

With the above caveats in mind, relevant insights for policy makers include:

1. Tailored economic policies can bring benefits when applied prudently. As discussed above, advantages of differentiation include identifying beneficial but uncommon solutions when a country’s circumstances are unique (for example, clinical economics and growth diagnostics) and achieving a higher level of specificity than the alternative (such as financial regulation after the global financial crisis).

2. Differentiated policies involve trade-offs. Consider for example the US federal tax code, which totals nearly seventy-five thousand pages in length. A February 2015 Pew Research Center poll found that 72 percent of the American public was “bothered” about the complexity of the tax system;[11] compliance costs associated with the code have been estimated in the billions of lost productivity hours.[12] This illustrates that differentiated policies are not without their own costs.

3. Non-differentiated policies can have their own intrinsic value. Generality can sometimes be valuable in its own right. An example of this is when differentiation would otherwise equate to discrimination. While it is easy to see the benefits of agencies such as the Equal Employment Opportunity Commission, its hypothetically differentiated counterpart is harder to envision and justify.

In the future the differentiation of economic policy could take many forms. Some of these are likely to be tied to the adoption of new methods and technologies such as the increasing prevalence of randomized controlled trials in policy evaluation, the development of methods to analyze large datasets (e.g., machine learning techniques), and the physiological advances in fields like neuroscience.

In his book Economic Rules: The Rights and Wrongs of the Dismal Science, Dani Rodrik introduces ten “commandments for economists.”[13] The first is that “economics is a collection of models; cherish their diversity.”[14] If this trend of the development of new methods, models, and technologies continues, policy making might see a corresponding continued increase in diversity. However, the outcomes of this trend will not be universal nor smooth. After all, one size does not fit all.

Hubert Wu is a second year master in public policy student at the John F. Kennedy School of Government at Harvard University. He previously worked at the Australian Competition and Consumer Commission (ACCC) as an economist and managed the trade and economics arm of the not-for-profit Global Voices.

[1] John Williamson, “What Washington means by policy reform,” Chapter 2 in Latin American Adjustment: How Much Has Happened? (Institute for International Economics, 1990), 7–20.

[4] Barry Eichengreen and Kevin O’Rourke, “What do the new data tell us?”, VoxEU, 8 March 2010, http://voxeu.org/article/tale-two-depressions-what-do-new-data-tell-us-february-2010-update.

[8] Economic Sciences Prize Committee of the Royal Swedish Academy of Sciences, “Scientific Background on the Sveriges Riksbank Prize in Economic Sciences in Memory of Alfred Nobel 2012: Stable Allocations and the Practice of Market Design,” 15 October 2012, 26–27.