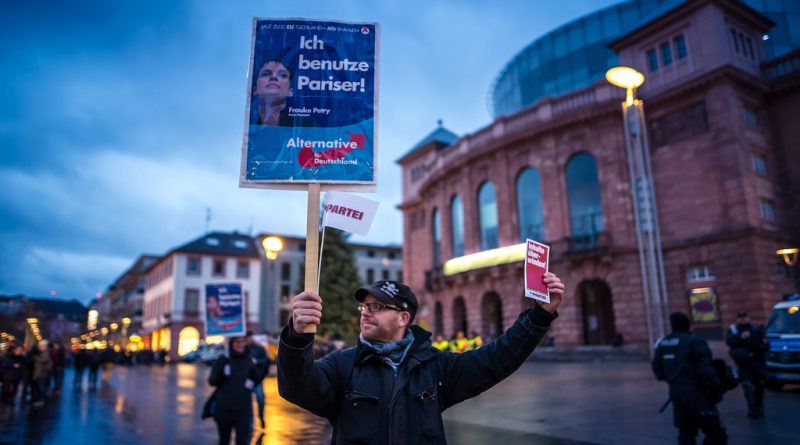 Two years ago, exactly one week before Angela Merkel opened the German borders to more than one million refugees, I started my first term at the Harvard Kennedy School. Every time I have gone home since, the Germany I left behind seems altered—and with it, my friends. After the federal election on September 24, my country is officially unrecognizable.

On its surface, the recent election ensured a stable continuation of power: Angela Merkel’s Christian Democratic Union will be able to form a coalition government again, giving her a fourth term in office, until 2021. On the other hand, Merkel is visibly weakened by this election result. One million people who voted for Merkel’s conservative union in the previous election voted for Germany’s far-right party, Alternative für Deutschland (AfD). With 13 percent of votes, AfD is now the third largest party in the lower house, the Bundestag. This means that the person who speaks in parliament after Merkel might be a woman who wants to shoot at refugees crossing the border, or a man who claims that the Holocaust is a “myth” and “a most effective instrument to criminalize the German people and their history.”

Inflammatory as those remarks sound, polls indicate they reflect the views of a significant portion of the German electorate. About 50 percent of German voters believe AfD understands better than any other party that voters do not feel safe in their country anymore, according to Germany’s main polling institute. A third of voters think it is good that AfD wants to limit the influence of Islam in Germany. A third of Germans approve of AfD’s plan to limit the number of immigrants and refugees.

In the Germany where I lived two years ago, such statements would have been unacceptable from a parliamentarian, and such nationalism seemed extreme. I could have been sure that nobody in my social circle would have dreamt of voting for such a party. Now I am not entirely sure. The 20-month escalation of the far-right in Germany has been as much a perplexing personal journey for me as it has been a political shift for my home.

When I flew home from HKS in December 2015, 10 weeks after Merkel’s famous border opening, Germans lauded the Chancellor as a moral authority. The now-powerful AfD was still a 4-percent party primarily concerned with abolishing the Euro. Every one of my friends and family was involved in helping the newcomers. A friend’s mum and dad came back from retirement to work as German and English teachers; my family and girlfriends all donated clothes, food, and toys; and my boss and his family opened their home to a Syrian family of four. “Welcome Culture” took on deeper meaning.

Then New Year’s Eve 2015 in Cologne happened. Just a few hundred meters from my former apartment, a mob of several hundred men “from North Africa,” as police reports later called them, attacked the celebrating crowds. Police eventually recorded more than 450 sexual assaults and rapes in a space not much larger than Harvard Square. Only a very small number of the perpetrators were refugees. Nevertheless, the events had dramatic consequences for how Germans viewed refugees and immigrants coming to the country.

First, the police maintained for several days that nothing had happened. Then regional newspaper Kölner Stadtanzeiger reported that a state minister had directed police officers to cover up the nationalities and refugee statuses of the perpetrators because the subject was “politically delicate.” To prevent future incidents, Cologne’s mayor released a controversial “code of conduct” that demanded German women keep an “arms-lengths-distance” from strangers. Journalists largely shied away from the story for the better part of one week, fueling conspiracy theories about state-suppressed media coverage of the events.

AfD seized the political opportunity. AfD backers quickly ousted the party’s leaders, then its Eurosceptic program, and AfD transformed itself into a party centered on anti-immigration policy. Three months after New Year’s Eve, AfD entered three state parliament races on largely far-right agendas, winning 20 percent of the vote in one state with a candidate who disparages the Holocaust memorial in Berlin as a “monument of shame,” mocking German remembrance of its own role in the killing of millions of people.

Fellow members of my left-leaning bubble mostly maintained their support for refugees after Cologne. But some friends stopped going to clubs and large parties, or opted not to walk and cycle home alone at night anymore. When I visited Germany again in the summer of 2016, our usual biergartens had become “places we don’t go anymore.” Armed policemen patrolled the party quarters on Friday nights, something that I had never seen in 10 years of living in the neighborhood. In front of the Cologne cathedral, where the New Year’s Eve attacks happened, the police now parked a small tank.

To my bewilderment, nobody in my social circle seemed to have any problem with the police patrols or the tank. “What are you all afraid of?” I asked my best friend. Cologne has always been a diverse city with a large Turkish and Italian population. It is often called the most liberal city and the gay capital of Germany. The country’s biggest Catholic Church, biggest mosque, and one of the biggest synagogues are all within a radius of 2,000 meters. “It’s just to defy the perception of insecurity that so many of us have,” she shrugged.

By the time I visited Germany this past summer, the first person in my social circle said that “not all is wrong that AfD says and proposes.” AfD supporters popped up in my Facebook timeline, writing about refugee camps as a breeding ground for terrorists after a fatal knife attack by a Palestinian refugee in Hamburg. The fact that AfD offers a platform to openly racist politicians and Holocaust deniers seemed suddenly less important than its promise to keep people safe from attacks in supermarkets.

On September 24, misinformed and racist fears found a permanent and prominent place back in German parliament. German voters brought the far-right to the Bundestag after 70 years of post-war healing.

So, what happens next?

I want to offer a hopeful perspective. With the exception of a few social media acquaintances, I am sure neither my family nor close friends voted AfD into parliament. Eighty-six percent of German voters believe the AfD does not sufficiently distance itself from far-right extremists. But the election results are cause for grave concern for the future of Germany. AfD’s far-right ties were not enough to stop 5.8 million Germans from voting for the party. Witnessing its rise from the sidelines in Cambridge, I can see that AfD is benefitting from a gradual shift in attitudes across German society—even among people who I know well. If 20 months allowed AfD to rise from 4-percent support to the third largest party in parliament, I fear the next four years could cement a permanent comeback of the far-right in Germany. 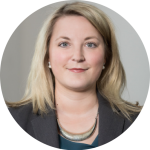 Kirsten Rulf is a 2017 graduate of the Master in Public Policy program at the Harvard Kennedy School of Government and a McCloy Fellow alumna. Before pursuing her MPP, Kirsten was a political news correspondent for German national Television ARD and its flagship news bulletin, Tagesschau. She is a Young Leader of Atlantik-Brücke, an Alumna of Bucerius Summer School, and she currently works on artificial intelligence and governance at the Berkman Klein Center for Internet and Society.