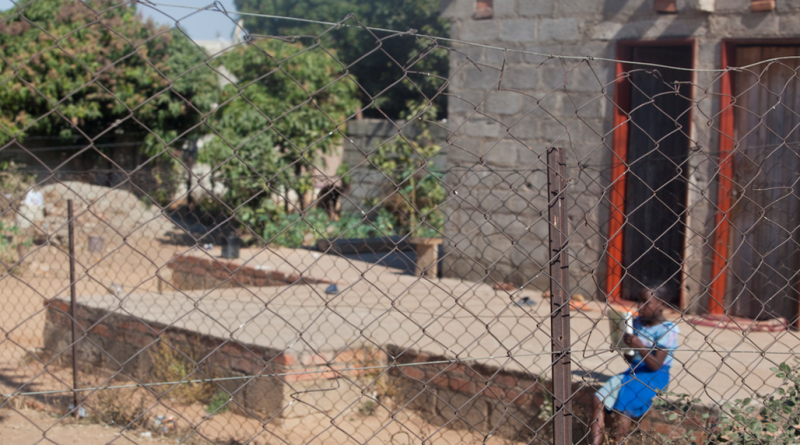 BY GRANT TUDOR AND JUSTIN WARNER

Last year, Human Rights Watch shared a story about Michelle, a 57 year-old Zimbabwean who had recently lost her husband. Soon after, she lost her harvest, her farm, and, finally, her home. Michelle’s in-laws had carried out the confiscations, physically restraining her while they ransacked her property.

The event was unexceptional. Two-thirds of the widows interviewed across the country reported having lost their property, often accompanied by physical assault. And Zimbabwe is more the rule than the exception: worldwide, millions of women each year will find themselves in Michelle’s shoes. In the absence of functioning law enforcement, there is little recourse.

Meanwhile, in the leafy neighborhoods of Zimbabwe’s capital, the ‘haves’ live in well-protected compounds with 24-hour private security, safely isolated from the troubles of the ‘have-nots.’ Private armed guards at your doorstep is now synonymous with upper class living from Johannesburg to Cairo to São Paulo. In the well-guarded world of the well-off, physical protection is something bought.

Indeed, the security industry across the developing world is ballooning. Africa’s single largest private employer is a security firm. In India, for every one policeman, there are roughly four private security personnel. In Honduras, private security outnumbers the police seven to one; in Kenya, four to one; in Brazil, five to one. As Gary Haugen, head of the International Justice Mission observes, “the wealthy in the developing world know that the public justice systems don’t work – and so they don’t use them.”

As public justice systems fail, those with money go elsewhere.

Elite escapism from the state’s most basic public good – law and order – presents one of the more exigent challenges to global development. Estimates have placed the economic cost of criminal violence at 7.3 percent of GDP in Guatemala and 11.5 percent of GDP in El Salvador – far more than the costs typical of a civil war. Further, physical insecurity has been linked to underinvestment in productive property and greater vulnerability to debilitating stress and trauma.

Though what about elite behavior helps to explain the problem?

Albert Hirschman, the late economist, might classify the flight of elites from public security as a troubling loss of voice. Generally, when dissatisfied with a provision, we have two options: to go elsewhere or to speak up. These two cardinal forms of feedback generally work well: when we begin buying from a competitor (exit), or when we loudly complain to management (voice), the enterprise feels pressure to course-correct. And yet in some contexts, these feedback functions fail – or, more puzzlingly, can make the situation worse.

After a harrowing train journey in Nigeria, Hirschman observed that the poor performing railroads had driven away some customers to automobiles. The ones to leave – to exit – were clearly those with the greatest willingness to pay for quality services and thus likely to agitate for improvements. But they had left. Typically, taking their money elsewhere would put pressure on the enterprise; but as a public entity, revenue loss mattered little. In this act of exit, these customers had also taken their voice with them. Nothing to pressure the system was left.

Hirschman’s enduring insight – that not all customers are created equal – suggests that who exits matters. As elites depart from public security systems, so do their powerful voices. The system deteriorates further while hurting those with nowhere to go. Exit adds momentum to decline.

In light of this phenomenon, what are policymakers’ options to build inclusive, high-functioning security systems? The most obvious option would be to restrict elite exit, or stop it entirely, such as by curbing private security. The approach might be tempting, but trampling on the rights of the few for the supposed benefit of the many has been well-tested in many unequal societies without the promised dividends for the poor.

Instead, policymakers could elevate the voices of the poor.

In 1999, the World Bank published Voices of the Poor – a three-part volume of first-hand accounts documenting the poor’s everyday realities. The exhaustive effort returned to a common theme across fifty countries: a quotidian violence of rape and robbery embedded into daily life. More recently, a UN report on slums found that violence is regarded by the poor “as considerably more important than housing or income issues.”

In the most recent three World Bank Annual Reports, however, ‘crime’ against the poor is mentioned exactly once. (The poor’s income, twenty-eight times.) Presumably, income generation is difficult when assets are confiscated without recourse. These reports reflect reality: in an analysis of major justice reform projects financed by the Bank, only one-fifth addressed the “needs of poor people.” While the voices of the poor are clear, they are clearly not well-heard.

Better translating the voices of the poor into policy is an evident place to start but likely not enough. Without the voices of elites – the system’s most influential customers – public security risks continuing the way of Nigeria’s railroads. So how can policymakers also leverage their voices?

Consider that rarely have all elites left the system; are there reform-minded elites whose voices policymakers can amplify? Or consider that the interests of the rich and the poor are not necessarily opposed; how might policymakers prioritize targeted reforms in areas mattering to both, rebuilding elite trust while delivering critical wins for the poor? Or how might public systems learn from high-functioning private systems, perhaps gradually folding them back into public ones? No matter the approach, the influential voices of elites and the private systems they patronize should be directed to the benefit of society and not quietly sequestered with the few.

Building productive and prosperous lives under the threat of sustained violence is an unreasonable expectation to place on the poor. Rather than acquiesce to exit, let’s turn to the voices of the powerless and the powerful as possible instruments of change. 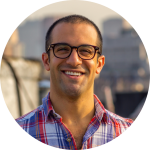 Grant Tudor is a graduate student at Harvard Business School and the Harvard Kennedy School and a recipient of the Zuckerman Fellowship at Harvard’s Center for Public Leadership. Prior, he worked as the executive of a nonprofit that aimed to increase the impact of products and services designed for the poor. 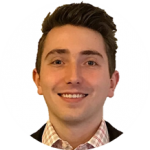 Justin Warner is a graduate student at Harvard Business School and the Harvard Kennedy School and a recipient of the David M. Rubenstein Fellowship at Harvard’s Center for Public Leadership. He has prior professional experience in management consulting, private equity, and in impact investing in East Africa.