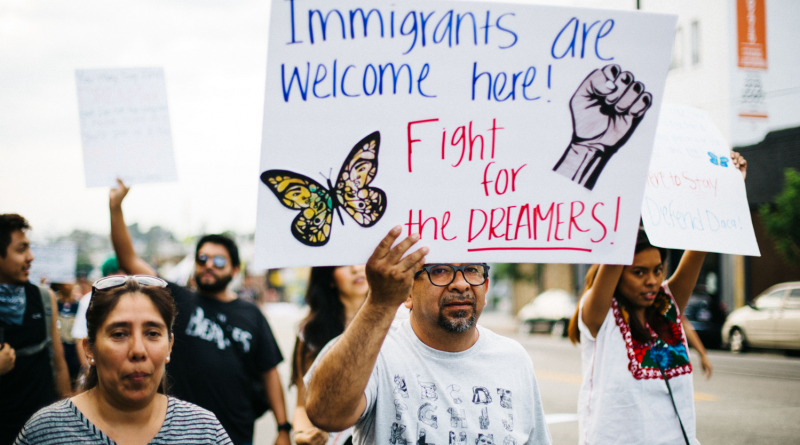 This piece was written by the Co-Chairs of the Harvard Kennedy School Latinx Caucus and can also be found on the Harvard Journal of Hispanic Policy blog here.

Attorney General Jeff Sessions’ announcement that President Trump has decided to rescind DACA, the Deferred Action for Childhood Arrivals program, came as a shock to some and is disappointing to us. Although DACA recipients come from places as wide-ranging as Jamaica and the Philippines, the vast majority of them are from Latinx communities. (Latinx is a gender-neutral term referring to people of Latin American descent.) The decision follows months of commentary and policy decisions from the Trump administration that disparage Latinx communities, most recently the pardoning of Sheriff Joe Arpaio in Arizona. With one press conference, 800,000 young Americans across the country saw their personal and professional futures fall into uncertainty. As co-chairs of the Latinx Caucus at the Harvard Kennedy School, we stand with President Faust and many Harvard deans, faculty, staff and students in condemning the repeal of DACA and supporting “Dreamers” in our Harvard community and around the country.

DACA, which President Barack Obama created by executive order on June 15, 2012, provides temporary relief to many young undocumented adults who came to the U.S. before the age of 16. Specifically, DACA provides Dreamers with social security numbers and temporary work permits, exempting them from deportation. It was never meant to be a permanent solution, but many hoped the executive action would push Congress to overhaul the immigration system. However, a permanent solution never came, and Trump’s recent decision now threatens to uproot the lives of thousands of families around the country. Increased deportations will tear families apart and force thousands of young Americans to return to countries they may not even know.

Apart from the devastating human costs, President Trump’s decision could be economically catastrophic for the United States. Dreamers contribute about $2 billion annually in taxes and the cost of deporting them has been estimated at over $10 billion, twice the current annual budget for U.S. Immigration and Customs Enforcement (ICE). A study by the Center for American Progress predicts that 30,000 Dreamers will lose their jobs every month once the program is repealed. President Trump’s decision is not only cruel, it is economically foolish.

President Trump has given Congress six months to come up with a viable replacement for DACA. We are hopeful that in that time, legislators can design a program that offers undocumented youth the protections and opportunities they deserve. Indeed, we should not be satisfied with a DACA-like program that could be scrapped at will and leave hundreds of thousands instantly vulnerable. We must demand more. We need a permanent solution. It’s up to us now to make sure Congress doesn’t pass up on this opportunity again.

And we should not stop with the Dreamers. The United States needs comprehensive immigration reform that addresses all of the 11 million undocumented people living in the U.S. For decades, we have needed such legislation in order to fix the country’s flawed immigration system which has failed millions of people, both documented and undocumented. Nevertheless, our legislators have been unwilling to reach an acceptable agreement and the issue has been repeatedly placed on the back burner. We can no longer afford to push off finding a solution to a later date.

We must remember that the establishment of DACA was only made possible by the passion exhibited by various grassroots movements across the nation and their relentless push for the government to take action. Without this advocacy, the Dreamer movement would have never taken off, the DREAM Act would have never been drafted, and DACA would have never been established. Grassroots organization and public action is needed, now more than ever. By pushing for comprehensive immigration reform, we can ensure a more accountable citizenry, a stronger economy, and a more equitable society for all.

We all have a stake in the future of this country, so we encourage supporters to act and defend the Dreamers. Possible actions that can be taken include contacting the White House directly, calling members of Congress, and using social media to urge specific Congressional leaders, such as speaker Paul Ryan, to push for reform. Contributing to organizations that advocate for Dreamers, such as the American Civil Liberties Union (ACLU), United We Dream, and America’s Voice is an important way to support this effort. You can also involve yourself with organizations changing the narrative surrounding immigration, such as Define American. Finally, we are available as a resource to anybody in the community seeking support as a result of the DACA repeal or anybody wishing to be involved in advocating for Dreamers and immigration reform.

Since the day that Attorney General Sessions announced the end of DACA, we have seen discussions taking place online, on television and in person about citizenship and what it means to be American.  To us, the answer is clear. Hours after the announcement was made, several Harvard undergraduate organizations organized a rally that was attended by hundreds of Harvard community members. Several Harvard students – the majority of them DACA recipients – spoke about their experiences, their anxiety about the future, and their resolve to continue fighting for their communities and for this country, which they have called home for as long as they can remember. As they told their stories, they implored us all to think about the millions of other undocumented people in this country struggling to achieve their dreams and build better lives for their families. Even in this moment, these students were selfless, optimistic, and passionately defending justice and equality for all. What is more American than that? 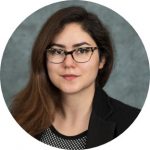 Natalia Cote-Muñoz is a Master in Public Policy candidate at the Harvard Kennedy School, where she co-leads the Latinx Caucus and Gender Policy Union. A Colombian-American who lived most of her life between Mexico City, Mexico and the American Northeast, Natalia spent four years in Beijing, China, where she taught current affairs seminars at the China Foreign Affairs University as a Princeton in Asia fellow and researched China-Latin America relations at the Carnegie-Tsinghua Center. 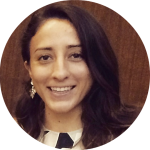 Meredith Davis Tavera is a second year Master in Public Policy candidate at HKS. She is co-Chair of the Latinx Caucus and has served on the HKS Diversity Committee, focusing on the academic curriculum. Meredith grew up between Mexico City, Venezuela and Cincinnati, Ohio and spent three years prior to HKS working for the Carnegie Endowment in Beijing. More recently, Meredith spent time as a policy fellow in the House of Representatives and in the Office of the Mayor in South Bend, Indiana. 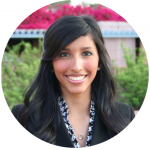 Kristell Millán is a second year Master in Public Policy student at the Harvard Kennedy School where she co-chairs the Latinx Caucus, is Editor-in-Chief of the Harvard Kennedy School Journal of Hispanic Policy, and has served on the planning committee for the HKS-HBS Social Enterprise Conference. Kristell was born in Mexico and immigrated to the United States at the age of five, living most of her life in California and Arizona. Prior to HKS, Kristell worked at J.P. Morgan Private Bank in New York City and Podemos Progresar, a microfinance firm in Mexico City.