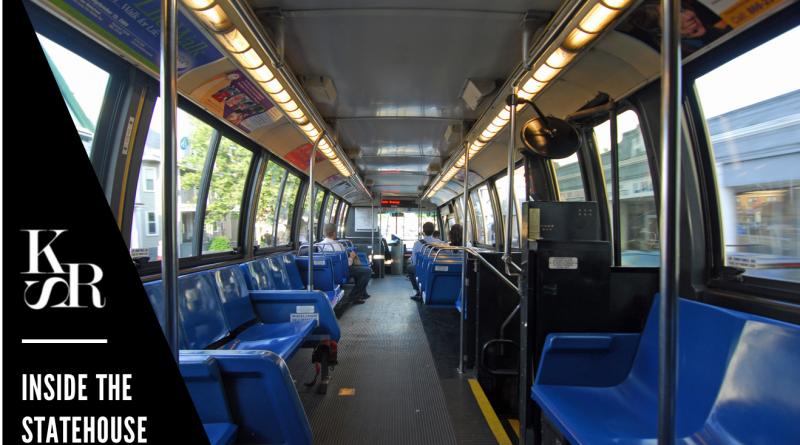 Agile, iterative, pilot, scrum—these phrases may be common in the world of software development, but one would hardly expect to hear them tossed around the austere marble corridors of state government.  Yet they are common parlance in the Massachusetts Governor’s Office, where a nimble squad of problem-solvers is using every cutting-edge tool in the toolbox to accomplish their mission:  make state government run better.

The Strategic Operations Team, as the squad is called, was first launched in 2015 to help the Massachusetts Bay Transportation Authority (MBTA) get back on track after a series of debilitating snowstorms.  Its project portfolio has since grown to include such far flung projects as transforming the Registry of Motor Vehicles, optimizing state call centers, and improving inter-agency data sharing. Wielding whiteboards, post-it notes, and performance dashboards, the team acts as an internal consulting arm, rapidly diagnosing problems, researching and recommending solutions, mobilizing cross-agency teams, and supporting implementation.  The team members’ diverse backgrounds—from law and military to consulting and finance—as well as the team’s small size—not totaling more than fifteen staff members at a time—enable it to avoid groupthink, champion unconventional ideas, and shift fluidly between multiple priorities.  Stationed just steps from Governor Charlie Baker’s office and reporting directly to his Chief of Staff, the team has unrivaled flexibility, influence, and empowerment to hunt for transformative solutions to the Commonwealth’s most complex operational challenges.

Every year, Massachusetts spends more than a billion dollars moving citizens around.  Millions depend on state-subsidized transportation to access jobs, healthcare, and other critical services.  Roughly half of this spending consists of subsidies to commuter rail, subway, and bus lines run by the MBTA and fifteen other regional transit authorities (RTAs).  The other half is spread across a long tail of less familiar programs.  “Dial-a-ride” taxi services bring state-insured patients to medical appointments.  Door-to-door paratransit shuttles and accessible vehicles transport adults with physical, cognitive, or behavioral impairments. And secured cars carry inmates to court hearings, medical visits, and clean-up projects around the state.  In total, the state subsidizes nearly half a billion distinct passenger trips per year.

The problem is that these transportation services continue to be purchased on a program-by-program basis, using a variety of procurement models, and with wide variation in quality, transparency, and cost.  Some programs have been labeled “budget busters” with “outmoded and underperforming” business models.  Other programs have made headlines after their leaders were found to be involved in theft, kickback schemes, and embezzlement.

I joined the Strategic Operations Team this summer as a Dukakis Fellow just as the team was being asked the question—how could we reimagine purchased transportation?

The list of potential solutions was long. Perhaps the Commonwealth could negotiate better rates from vendors by pooling procurement across programs, or achieve greater transparency by shifting towards performance-based contracts and asking vendors to share data. The state could reexamine its mix of contracted transportation services, leased vehicles, and fleet ownership. More disruptive solutions might include partnering with innovative new ride-sharing vendors to help cut costs while boosting quality, or providing services virtually to eliminate certain trips altogether without sacrificing outcomes. Our team was undertaking a data-driven review of purchased transportation more ambitious and comprehensive than had ever previously been attempted.

I soon discovered why.

A variety of obstacles make transportation a sticky issue in Massachusetts.  The diversity of user needs confounds a one-size-fits-all solution.  Ride-sharing models may be appropriate for paratransit users but not for immunocompromised patients.  Taxis may be appropriate for adults seeking routine medical care but not for inmate work crews or young children.  Even where commonalities exist across programs, institutional siloes prevent state agencies from sharing best practices and coordinating procurement.  The result is a proliferation of vendor contracts.  This obfuscates data collection, which in turn makes it difficult for agencies to track the metrics needed to improve transportation performance.  Some agencies address this by owning and operating vehicles themselves, but in-house fleets require large capital expenditures.  Paying intermediary organizations like RTAs to broker with individual transportation vendors has become a middle ground for many agencies, but it means transferring some control over rates and routes to independent authorities.  Adding to this backdrop are financial and political incentives that further conspire to make each program inefficient.  For some programs, reducing transportation costs means forfeiting vital federal reimbursement.  Halting program budget cuts can help legislators win favor among their constituencies, even if the transportation services in their regions could be delivered more efficiently.  And politically, it’s far easier to expand transportation services than to take them away.

Nonetheless, our deep-dive into the Commonwealth’s purchased transportation surfaced several bright spots, which hint at what the future could look like, both in Massachusetts and in other states.  The Department of Corrections is scaling up telemedicine and video conferencing technology to reduce inmate transportation while simultaneously mitigating security risks.  These same virtual service delivery technologies could be deployed throughout the Department of Health and Human Services to avert some of the nearly 4 million non-emergency medical trips provided each year.

The MBTA is piloting an innovative partnership with transportation network companies (TNCs) like Uber and Lyft to provide THE RIDE customers with lower-cost, higher-quality paratransit services, in a model that could also be used in other programs and across other regions. And local startups like Circulation are developing digital platforms that aggregate vendors and coordinate lower-cost, convenient, reliable non-emergency medical transportation.  The state could explore whether using digital platforms might yield lower trip costs, better health outcomes, and greater transparency than traditional broker models.

The Strategic Operations Team has already begun to facilitate a Cross-Secretariat Operations Council (coined the “XOC”) to share these types of recommendations, raise aspirations, and support agency chiefs in transforming purchased transportation across the Commonwealth.

Which points to the biggest lesson of all from our exploration:  ultimately, the main barrier to reimagining purchased transportation is not the complexity of the problem or the scarcity of solutions.  The greatest challenge is one of leadership and culture.  Making government run better—whether improving call centers, sharing data, or optimizing transportation services—demands leaders who challenge the status quo, see the broader system beyond their own turf, and empower those with innovative ideas.  And it demands an organizational culture built on relentless improvement, data-driven problem-solving, systems thinking, and creative risk-taking.  These ingredients affirm the need for offices like the Strategic Operations Team, which embodies both of these qualities and infuses them wherever it works.  It was a tremendous privilege to serve on the team as a Dukakis Fellow this summer.  As for purchased transportation in Massachusetts, we may have miles to go before we reach our final destination, but we’re on the right road.  The Strategic Operations Team and XOC serve as promising models for other Governor’s Offices to consider as they seek to make government more effective and efficient. 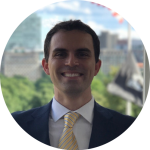 Michael Silvestri is a graduate student at the Harvard Kennedy School and Harvard Business School pursuing a joint Master in Public Policy and Master in Business Administration.  He was a recipient of the Zuckerman Fellowship at Harvard’s Center for Public Leadership.  Prior to graduate school, he worked as a strategy consultant at Oliver Wyman and FSG, where he advised corporations, nonprofits, and government agencies in solving complex social problems.