Home > Articles > Closing the Jobs Gap from Behind Prison Walls 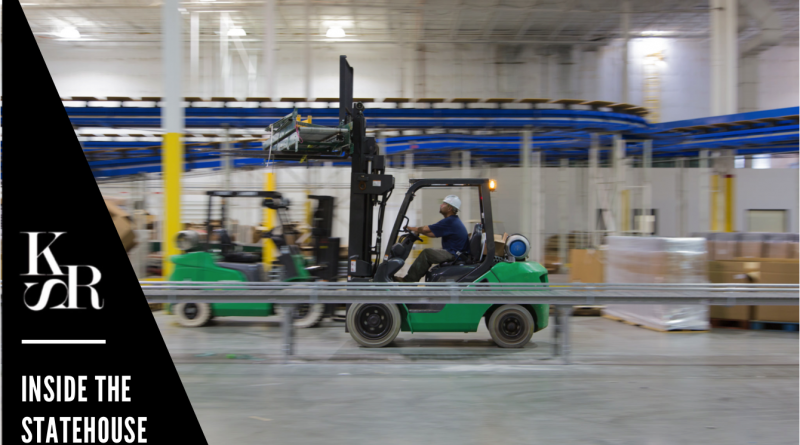 Workforce development had been a frequent news topic in the months preceding my summer at the Governor’s Office in Pennsylvania—from announcements about an executive order on apprenticeships, to predictions about the automation of large swaths of the workforce. Yet I rarely saw in the media the one place where I would find workforce development programs in action: state prisons.

This summer I investigated policies to target Pennsylvania’s jobs gap as a Dukakis Fellow in the Office of Governor Tom Wolf. Employers in the state are looking to hire workers, and about 5 percent of Pennsylvanians—roughly 640,000 people—are looking for jobs. Yet the skills demanded by employers often do not match those of potential workers—hence the term “jobs gap.” This immediate challenge for Pennsylvania’s economy is only expected to grow. In 2020, a projected 60 percent of jobs in Pennsylvania will require some type of postsecondary credential. Only about 40 percent of Pennsylvanians have these credentials now. Though historically Pennsylvania had many well-paid jobs in manufacturing that did not require higher education, the state’s economy today increasingly centers on middle- and high-skilled jobs. Pennsylvania’s workers have felt the strains of this shift, as numerous sub-groups have suffered declines in average wages since the 1980s. The median Pennsylvania worker has only seen real wages increase 4.8 percent since 1979.

During my time working on policy recommendations related to closing this gap, I interviewed employees across state agencies and local NGOs about this issue and their efforts to address it, from increasing summer learning for kids to improving graduation rates from state universities. I spoke with them both at their offices and on field visits to programs for future job seekers.

On one field visit, I traveled to a state prison to learn about its education and training programs. The warehouse job-training program exemplified numerous career learning best practices. Participants trained in a warehouse within the prison that used the same forklifts and other technologies that future employees will need to operate. Thanks to a 2015 U.S. Department of Education grant, about 20 inmates also participated in job training tied to in-demand occupations in Pennsylvania, and would be connected with job placement services after they were released. This type of program could help prisoners better obtain jobs after the transition back into society. Yet this is still only a small pilot program, and these types of programs are rarely promoted in the broader public.

Proponents of prison education argue that these programs are cost effective and improve public safety by reducing recidivism. A 2013 RAND meta-analysis of other studies found that a $1 investment in prison education reduces incarceration costs by $4 to $5 during the first three years post-release. Additionally, inmates who had participated in educational programs in prison were 43 percent less likely to return to prison. Pennsylvania’s Secretary of Corrections John Wetzel entered office in 2011 aiming to reduce Pennsylvania’s prison population, and has emphasized the connection between prison education and improved transitions back to communities. Despite recognition that education in prison is effective throughout much of the corrections community, state spending on education in prisons decreased sharply across the country after the economic crisis.

In addition to reducing the likelihood of recidivism, prison education is another important piece of the jobs gap puzzle. Pennsylvania cannot successfully close its jobs gap by focusing only on new high school graduates in the next 5 to 10 years. While many people within Pennsylvania’s agencies understand the importance of education inside prisons, I rarely heard policymakers discuss this issue publicly. Leaders who support funding for prison education risk accusations of taking dollars that could be educating kids to educate convicts. This criticism is shortsighted. State and national leaders should step in to explain how prison education fits in to the state’s goals, and how both participants and broader communities will benefit.

Providing inmates with access to training and education before their release should be part of the jobs gap reduction strategy. There are currently about 50,000 inmates in state correctional facilities in Pennsylvania, meaning Pennsylvania has the sixth largest prison population in the country. Ninety percent of offenders in state prison will return home. Today in Philadelphia, an estimated 1 in 6 people have been incarcerated at some point in their lives. Preparing inmates to earn job opportunities after their release is a more integral part of community development than many Pennsylvanians realize.

Now is an especially pivotal time in the conversation regarding criminal justice. Over the last year, Senators Rand Paul and Kamala Harris worked together to reduce incarceration, while Attorney General Sessions directed prosecutors in May to push for harsher sentences. The public debate has often focused on the arrest and sentencing process. There is still a need for the pubic to better understand how programs behind the walls can benefit communities. Governor Cuomo recently took a step in this direction in New York in August when he allocated $7 million in grants for colleges to offer courses to prisoners. More governors should follow his lead. Policymakers should publicly recognize and fund prison education as a tool to increase public safety, reduce long-run budget outlays, and better develop a workforce that will support growth and prosperity. 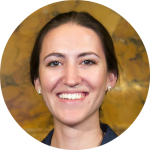 Laura White is a Master in Public Policy candidate at the Harvard Kennedy School. She previously worked as a math and English teacher in Brooklyn, NY, and Hong Kong. Laura is from Philadelphia, PA, and holds a Bachelor of Arts from the University of Pennsylvania and a Master of Arts in Teaching from Relay Graduate School of Education.