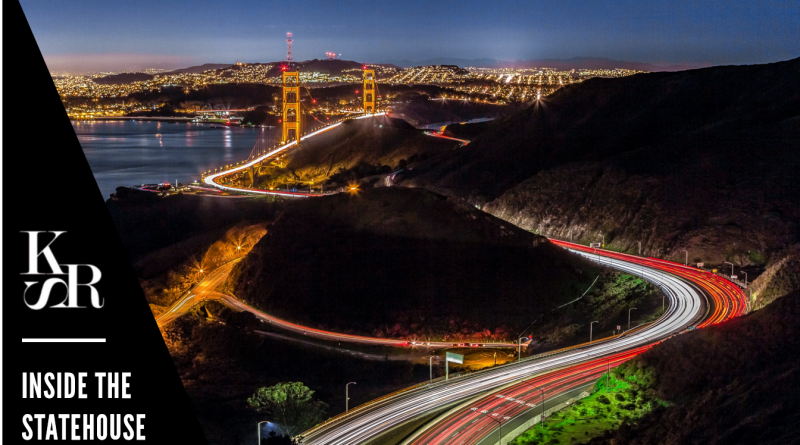 Even non-Californians took notice of what Governor Jerry Brown has been up to this summer.

Following through on his public denouncement of President Trump’s stance on climate change, Brown traveled to China for a high-profile meeting with Xi Jinping and signed an extension of his landmark cap-and-trade program to 2030 into law. But California’s focus on industrial emitters misses a large and important shift in individual behavior that is contributing to rising emissions in the state: people are driving more.

Transportation is the largest source of greenhouse gas emissions in California, accounting for nearly 50 percent of CA’s total – most of which comes from passenger vehicles. Our transportation emissions are tied directly to our mobility – whether by public bus, BART, or Uber— and it is no surprise that the number of vehicle-miles traveled has gone up, increasing faster than population growth in the state. Gone are the days of waiting idly for a 45-minute cross-town subway when an UberX is at your fingertips.

Yet at the confluence of mobility and technology, an opportunity – or a curse – exists: autonomous vehicles. Having actively regulated the industry since 2012, California now serves as the testing grounds for a growing list of 37 manufacturers, spanning from traditional car companies like Ford and Volkswagen to disrupters like Apple and Tesla. While we have yet to see them picking up our groceries and running our errands, the prevalence of these vehicles is rising fast: at least 20 companies plan to release driverless cars by 2021.

While autonomous cars have the potential to serve the public interest, they can also hinder it by changing the labor market, increasing carbon emissions, and reducing equity and access.

Projections forecast two and threefold increases in vehicle-miles traveled as the cost and convenience of autonomy morphs the economics of transportation. E-commerce is growing at over 14 percent per year, resulting in department store closures and retail bankruptcies, and without intervention, at least 341,000 formal jobs in California requiring human drivers will be lost to driverless technology. At the state level, policies to mitigate job losses, emissions increases, and congestion will become necessary to protect the public value of mobility.

Safety monitoring and testing laws exist in some states. Limited strides have been made to establish zero-emission requirements or mileage taxes, but so far none have succeeded. The challenge is that without regulation, innovations for some do not trickle down to all. Ride-hailing companies are so lightly regulated it is difficult to quantify the gap in access to low-income neighborhoods. Companies like Uber and Lyft are driven by profit, not social value, and it is sadly unsurprising that both platforms have been found to worsen racial and gender-based discrimination.

Furthermore, ride-hailing is cannibalizing public transit ridership, forcing increases in fares that put the burden on low-income and minority populations. DC’s Metro ridership is down 9 percent from 2015 to 2016, and in New York City, growth in travel was absorbed by ride services, worsening congestion and emissions. Transportation as a public good must be restructured in a future where privately-operated driverless cars may dominate over subway trains.

So, what can state governments do better? I spent my summer in Sacramento, CA as a Dukakis Fellow at the Governor’s Office of Planning and Research, diving into how policy can steer mobility towards a better future. Working alongside urban planners, environmental policy experts, and lawyers, I analyzed the potential long-term impacts of autonomous vehicles on the state’s goals to preserve equity, livability, and sustainability.

My work in the Governor’s Office culminated in five recommendations to address upcoming challenges in keeping transportation equitable and sustainable.

CalSTA recently completed a Road Charge Pilot Program which demonstrated the efficacy of a mileage-based road charge to replace revenue from the gas tax. As autonomous vehicles come online, a road charge should be implemented and applied while politically feasible. Doing so will raise the costs of autonomous driving and curb projected increases in vehicle-miles traveled, and such a policy can be designed to increase with weight class, placing a greater charge on vehicles that incur higher damages to road infrastructure and emissions.

Zero-occupancy vehicles, or “ghost cars,” will become commonplace with driverless cars in the absence of regulation. Industries like food delivery, online retail, and trucking will benefit from greatly lowered transportation costs coupled with greater demand. To control the increase in emissions from ghost cars, California must define zero-occupancy vehicles in its vehicle code and enable pricing mechanisms to encourage efficient routing. Require fleet operators to monitor and report the mileage on “ghost cars”, establish a premium on zero-occupancy mileage, and phase in higher charges as gas tax revenues decline.

The “Vision Zero” approach is a traffic safety initiative that strives to completely reduce traffic fatalities and serious injuries. This framework of improving traffic safety has yet to be coupled with the safety promises that driverless technology brings. Governor Brown should seek to adopt “Vision Zero” state-wide and endorse the reduction of traffic fatalities with involvement in autonomous technology.

Accountability and transparency are imperative in ensuring that the driverless fleet industry minimizes social harm. Therefore, fleet-operated vehicles must be required to record and regularly disclose average vehicle occupancy and service provision information. The state should designate a regulatory body, such as the state’s public utility company, to collect this data and monitor against price discrimination, service discrimination, and other forms of antitrust violations.

As the demand for mobility increases and autonomy becomes more prevalent, states should focus on developing policies to address new innovations in transportation. California can lead the way by establishing measured oversight, incentivizing sustainable behavior, and ensuring that this potentially life-saving technology can reach not some, but all Californians. 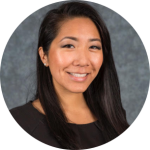 Amy Zhou is a Master in Public Policy student at the Harvard Kennedy School. She previously worked as a management consultant in both the public and private sectors and is now interested in addressing how governments adapt to technology innovation. Amy is from Baltimore, Maryland and has a B.S. in Mechanical Engineering.