Home > Articles > In Response: The U.S. Is Not in Decline 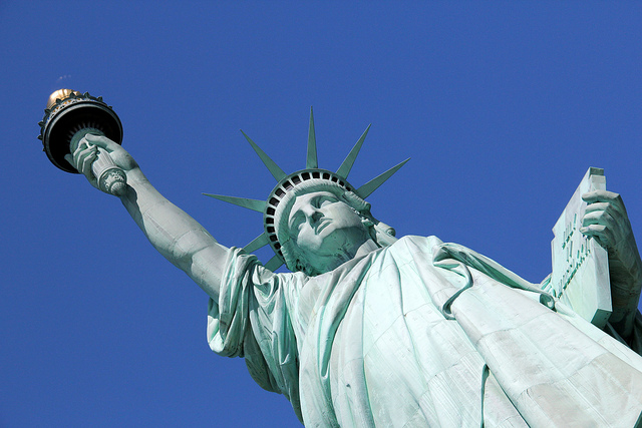 Benjamin Clayton’s recent post is another outing in a long line of U.S. power pessimism, which history will ultimately prove wrong.

The world has a penchant for predicting U.S. decline. Indeed, reports of U.S. decline predated its rise. Charles Dickens famously wrote that, to its 19th century citizens, America “always is stagnated, and always is in an alarming crisis.”

In the 20th century, Soviet strides in the space race, the 1973 oil crisis, and the Reagan budget deficits were each once viewed as the beginning of the end for U.S. primacy. But none of these events, or purported cataclysms since, precipitated decline.

The election and policies of President Trump are the causes célèbres for this decade’s U.S. power pessimists. But like each wave of pessimism before, this too shall pass.

Across three key dimensions of state power—economic, military, and soft—the U.S. remains pre-eminent, and there is no credible challenger to take its place.

The U.S. remains the world’s economic center of gravity. It has the deepest financial markets, provides the world’s reserve currency, and is home to nine of the world’s ten biggest corporate giants.

Five of these—Alphabet (Google’s parent company), Amazon, Apple, Facebook, and Microsoft—together form a technology colossus which bestrides the world. Their combined market capitalization, $3 trillion, is greater than the size of the entire United Kingdom economy.

Just as American industrial corporations and banks dominated 20th century commerce, U.S. corporations today have a leading edge in creating, managing, and monetizing today’s most valuable commodity: data, heralded by The Economist as the oil of the 21st century. By virtue of the ‘network effects’ these data-intensive companies enjoy—including a superior ability to attract and retain customers—their dominance is likely to continue for the foreseeable future.

Clayton is, however, right to point out that the U.S. faces significant domestic challenges, notably widening inequality. However, while inequality can be a moral and social problem, it is not necessarily a predictor of economic decline. Moreover, the chasm between rich and poor is not just an American problem, but one shared by much of the developed world, and rising economies like China and India.

On the next dimension of power—military might—the U.S. continues to dominate, despite recent military modernization programs in China and Russia. The U.S. remains the world’s biggest defense spender, shelling out over three times as much as its nearest competitor, China, to account for 36 percent of world defense spending.

Clayton is wrong to argue that “America’s military might is increasingly redundant.” If America were in decline, his suggestion to cut the defense budget would be a sure way to fast-track this process.

Moreover, the last thing the world needs right now is a retreat to American isolationism. In the face of growing global uncertainty and instability, U.S. military pre-eminence is needed to safeguard the rules and institutions which the U.S. helped create, and which have underpinned global stability for generations.

We live in increasingly uncertain times. A newly assertive China is militarizing one of the world’s most vital trade routes, Indian and Chinese troops are clashing on their countries’ disputed border, and a revanchist Russia continues to illegally occupy parts of Ukraine, while the North Korean dictatorship toys with nuclear war in the Asia Pacific.

(Full disclosure: like Benjamin Clayton, I am a foreigner commenting on U.S. affairs. From where I sit—Australia—the specter of a U.S. withdrawal from the Asia Pacific, home to many of the world’s deadliest potential flashpoints, is particularly concerning.)

On the third dimension of power—soft power—America has undeniably taken a hit in recent times.

However, as the man who coined “soft power,” Joseph Nye, recently observed, much of a country’s soft power is not generated by governments, but by civil society. Presidents come and go. In contrast, America’s culture is magnetic, and enduring.

Every day that Americans criticize their own political system, or condemn the personality and policies of their President, they confirm anew the truth of American exceptionalism.

Americans do not keep their dirty laundry hidden. They air it, loud and proud, for the world to see. What better advertisement for the ideals of progress, free speech, and democracy.

Last month, when the President tweeted a ban on transgender people serving in the military, generals, a former secretary of defense, and men and women in uniform, saw that their duty was to resist, not to fall in line with their Commander in Chief.

There could be no better affirmation of the character of the country, or stronger signal to people languishing in regimes of censorship, repression, or military rule, than this.

To successfully make the case that the U.S. is in decline, we must be prepared to identify which state (or states) are rising to take its place. As we have seen, the evidence suggests that there is no credible challenger to U.S. primacy. More important, no other state offers a normatively compelling alternative to U.S. leadership.

Trump’s mercurial presidency may provide a soft target for world leaders hoping to boost their domestic fortunes by scoring political points against the world’s pre-eminent power.

However, believers in democracy and human rights should resist the temptation to cash in on America’s current domestic turmoil.

When world leaders distance themselves from the United States, or commentators oversell the likelihood of U.S. decline, they play into the hands of President Xi in China, President Putin in Russia, and other leaders who would use a decline in U.S. relevance to reshape the global order based on very different principles.

It is in every democracy’s interest to see the U.S. succeed, no matter who occupies the White House. Fortunately, on the current evidence, there is every likelihood that it will. 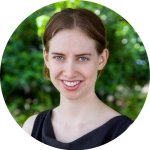 Katherine Mansted is a Master in Public Policy student and General Sir John Monash Scholar at the Harvard Kennedy School. Previously an Australian lawyer and government advisor, she is currently chair of The Future Society. Find her on Twitter @kmansted.