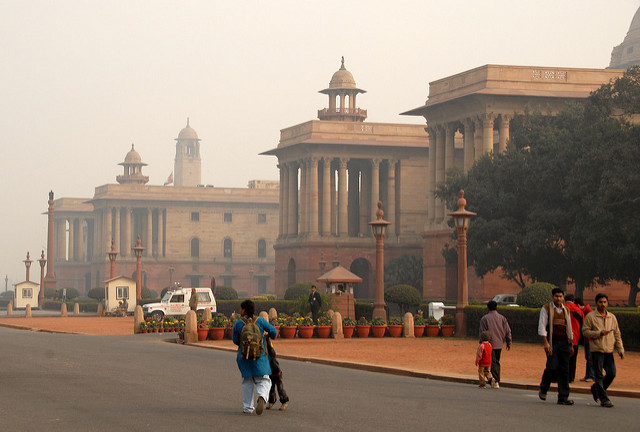 “Apple bites Make in India carrot, to set up manufacturing unit in Bengaluru”[3]

As these headlines from 03 February 2017, illustrate, the Indian and international media are abuzz with announcements of foreign investments. Despite setbacks to its projected growth rate, the country is expected to wrest back the title of fastest-growing large economy from China by 2018.[4] With one billion mobile network subscribers,[5] a workforce of 900 million by 2020,[6] and an annual foreign direct investment rate of US$75 billion,[7] India is hungry for growth.

Prime Minister Narendra Modi has been promoting this India to multinational companies through high-profile campaigns such as “Make in India”[8] and “Digital India.”[9] International businesses, for their part, cannot ignore India’s high growth and massive market, coupled with the government’s unprecedentedly pro-business attitude.

Businesses have also realized that engaging with the government is critical for success because India’s powerful bureaucracy and legislatures are involved in multiple stages of a business’s life cycle. While there is no aggregate data about the size and growth of the government affairs teams at domestic and foreign companies in India, it is anecdotally clear that many are beginning to invest more resources into working with the government to “un-bottleneck” new opportunities, expand existing operations, and preemptively address complications. For instance, Amazon,[10] Apple,[11] and Uber[12] have all created new India-specific public policy roles in the past two years.

Despite these positive trends, doing business in India presents numerous hurdles, as Uber discovered through its protracted legal battles with state governments.[13] Similarly, Nestle lost millions of dollars when its popular instant noodles brand was deemed unsafe by the Indian food regulator.[14]

Reach Out to the Government

In 2012, Wal-Mart was accused of lobbying in India because of activities that are considered legitimate in the United States.[15] Situations like this and the lack of definition of lobbying in Indian law cause some foreign companies to be hesitant about engaging the Indian government. But while “lobbying” is undefined in Indian law and may appear semantically distasteful, its euphemistic sibling “advocacy” is an integral part of the Indian business ecosystem.[16]

Domestic and foreign companies and non-profits—particularly in the pharmaceuticals, energy, and infrastructure sectors—have government relations or public affairs divisions to manage their interactions with the government. Industry associations, non-government organizations, and public relations firms all engage in advocacy in the interest of clients and constituents. A composite law to clearly regulate lobbying is yet to be passed (one was introduced to the Parliament in 2013),[17] but for now these interactions are regulated by federal laws[18] that ban bribery, control the flow of funds, and monitor foreign funding of non-governmental organizations in India.

Create Opportunities Instead of Managing Crises

In 2015, Facebook launched Free Basics in India—a model in which it would provide some free Internet services and charge more for others.[19] When the Telecom Regulatory Authority of India (TRAI) argued that this kind of discriminatory pricing would violate net neutrality by cordoning off some services from the poor, Facebook launched an aggressive advertising campaign instead of responding to the concerns of Indian policymakers. This led the TRAI to ban all forms of discriminatory pricing and ended Facebook’s Free Basics program.[20]

Meanwhile, that same year General Motors (GM) CEO Mary Barra announced that GM was shutting down its manufacturing facility in the state of Gujarat.[21] The secretary of the Department of Industrial Policy and Promotion acknowledged that GM had a case for exit but came down hard on the company for prematurely making the announcement without adequate government consultation.[22]

Both cases illustrate that positive collaboration with the government is a more effective strategy than reactive crisis management. If Facebook and GM had reached out to bureaucrats to seek input on regulatory questions, outcomes may have been different. The slow and deliberate process of policy making in India can sometimes be frustrating. However, it provides plenty of opportunities for private entities to shape reforms, not only for case-specific regulations but also for legislation through formal in-person representations and online comment.[23]

India’s political and bureaucratic machinery can be daunting to navigate for any company expecting linear processes. While the degree of complexity varies by industry, companies across industries should invest in a multi-stakeholder approach and embrace the persistence and flexibility required to unlock business value.

Take for example India’s latent autonomous vehicle industry, which will need a comprehensive regulatory strategy in the future. Foreign players like Daimler, which has expressed both enthusiasm for and apprehension about the Indian market,[24] will have to deal with a multitude of ministries—the Ministry of Commerce and Industries to invest, the Ministry of Electronics and Information Technology to ensure cyber security, the Ministry of Labor and Employment to address local concerns about job loss, and the Ministry of Road Transport and Highways to combat poor road quality.

The federal structure of India’s government adds another layer of complexity and opportunity. India has twenty-nine states, which vary widely in political climate, regulatory regime, infrastructure, socioeconomic development, and commercial policy. When businesses select locations, acquire land for greenfield investments, and demand changes to operating licenses, they must assess which states work for their business. In the spirit of “competitive federalism,”[25] states are trying to outdo each other to attract private investment into large-scale programs like smart cities.[26] This gives technology companies like Microsoft or United Technologies the leverage to shop for the right regime and influence the priorities of that state.

For example, Amazon has invested USD$500 million in a food e-tail venture in India. It has capitalized on the eagerness of the Minister of Food Processing to announce concrete investments by reiterating this in public. “We are excited by the government’s continued efforts to encourage FDI in India for a stronger food supply chain,” the company said in a press release.[27]

The insurance industry’s successful advocacy along similar lines shaped Parliament’s passage of a federal insurance law.[28] Until 2015, the stake that foreign insurers could hold in Indian companies was capped at 26 percent, and the joint ventures they entered with resource-constrained Indian partners were starved for capital. Foreign[29] and domestic[30] insurers came together to create—through open letters—an effective narrative from the government’s perspective around the need for a raised FDI cap of 49 percent in order to rescue the underinsured population, the capital-starved industry, and insurance-dependent infrastructure projects.

As Cambridge economist Joan Robinson said, “Whatever you can say rightly about India, the opposite is also true.”[31] Even as companies clamor to capture the opportunity for growth in India, they must acknowledge a parallel India of scarcity, in which 600 million people defecate in the open[32] and 300 million people live without electricity.[33] No matter how pro-investment the government is, the pressures that it faces from its citizens, a majority of whom are poor, can be strongly against globalization.

As a compelling counterfactual, over the last few years multinational pharmaceutical companies[34] have been railing against India’s intellectual property rights regime after losing patent protection on some drugs. Mr. Modi’s response was similar to that of the previous government: “I understand that you want to be compensated for your investments in R&D. At the same time, India needs medicines that are affordable for its population.”[35]

The solution to this seemingly intractable problem could take the form of partnerships between Big Pharma companies and Indian generic manufacturers, akin to the innovative licensing agreements that Gilead has forged to provide HIV treatment.[36]

Tempting as it is to blame government for anti-investor policies, businesses must push themselves to answer the question: “How can I ensure that my proposal takes the poor into account?” For companies that want high-level change, coalitions with local actors can be crucial in demonstrating that their cause transcends their own interests. Meaningful partnerships with non-profits can improve businesses’ legitimacy. The India Sanitation Coalition,[37] which was established in 2015 as a unifying platform for corporates, NGOs, foundations, and trusts, has given its varied constituents a voice in constructing mutually beneficial sanitation policies. The long-term partnership between PepsiCo and Water.org is another effective collaboration, where the PepsiCo Foundation helped the NGO finance household-level water and sanitation loans and demonstrated to the government that it is not an indiscriminate water user and polluter.[38]

The size and diversity of the Indian market, high future growth, lack of large entrenched competitors, and a center-right government that is committed to private investment-led growth are coming together to make investing in India a more attractive proposition. But the decision of how and when to engage with the Indian government can make or break a foreign company’s growth plans. Across the world, firms wrestle with questions about the notoriously over-regulated Indian economy and doubt their ability to constructively work with the government. A well-crafted government engagement strategy is the right place to start. While the specifics of the strategy would depend on a host of factors, general principles apply to any company—a strategy that ensures active advocacy, creates opportunities instead of simply responding to crises, involves multiple stakeholders, makes the government look good, and acknowledges the needs and interests of the less-privileged.

Many of the insights and arguments in this paper are informed by the work I did with the Albright Stonebridge Group’s India practice, particularly under the tutelage of Anuradha Das Mathur and Pramath Sinha. 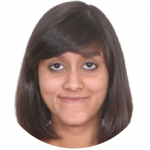 Malini Bose is a student in the masters in public policy program at the John F. Kennedy School of Government at Harvard University. She was previously a consultant in the India practice of the Albright Stonebridge Group, where she helped multinational corporations and non-governmental organizations identify opportunities for investment and expansion, collaborate with the government, and advocate for reform. She holds a postgraduate diploma in liberal arts from the Young India Fellowship and an undergraduate degree in economics from the University of Delhi.