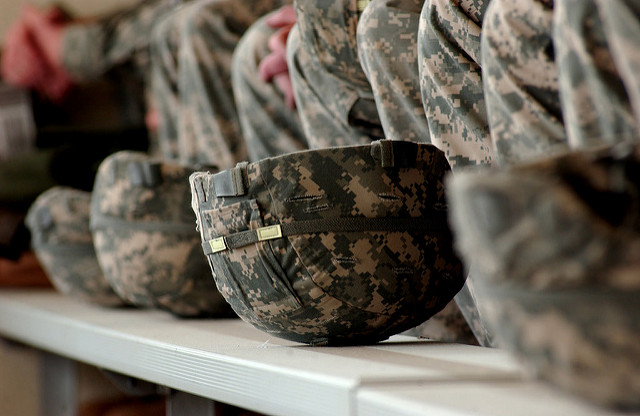 On July 26, 2017, President Trump took to Twitter to proclaim that transgender individuals are prohibited from serving in the U.S. Armed Forces. The directive caused a flurry of activity at the Pentagon. LGBTQ news sources began reporting on Friday, August 4, that a guidance document was on its way to Secretary of Defense Mattis (though major news outlets have not reported this development). Still, I believe advocates in the military and the civilian population can convince President Trump and General Mattis to significantly soften or rescind the policy—if their arguments resonate with the ban’s most vocal proponents and the military community. However, arguments currently being raised by progressive politicians and commentators are unlikely to succeed because they propose win-lose solutions rather than including the interests of service members.

In particular, arguments that focus on medical costs and civil rights are unlikely to sway those in favor of the ban.

The media attacked President Trump’s contention that allowing transgender service members would create “tremendous medical costs.” Critics of the ban pointed to a RAND study commissioned by the Department of Defense to study the medical costs and effects on personnel readiness of allowing transgender service members. The study projected the likely costs to be between $2.4 million and $8.4 million a year, a relatively small cost when compared to the Department of Defense’s $6 billion health care budget for all active duty service members in 2014. Critics have pointed out that these costs are substantially less than the military spends on a single F-35 fighter jet, or the annual spending on prescription drugs for erectile dysfunction.

While it may not be fair to call the costs “tremendous,” the ban’s opponents should acknowledge the costs and avoid focusing the debate on their size. Framing the debate in terms of financial costs will result in an endless argument about whether the policy’s costs exceed its benefits, whose value is also difficult to estimate. Additionally, it may be counterproductive to imply that the military is wasting money. Attacks on military decision making and spending will quickly become mired in politics and cause the transgender ban’s proponents to become more entrenched in their positions.

Another unlikely path to success is the civil rights defense raised by more than 50 House Democrats in a letter to the Pentagon last week. For critics of the policy, prohibiting transgender members from serving is a civil rights violation. However, service members are likely to believe that not all rights extend to the military. By this logic, discharging an entire class of service members and preventing them from joining the military’s ranks in the future does not violate a right, because that right does not exist. Military members see themselves as living not only under the U.S. Constitution, but also under the Code of Military Justice, where volunteering for service is tantamount to suspending one’s own rights to defend the rights of others. Military leaders may perceive civil rights appeals as civilian meddling designed to serve a social justice agenda, rather than national security. Telling was the comment from Senator Inhofe of Oklahoma: “We had enough problems with social experimentation in the military. I don’t think [allowing transgender service members to serve openly is] appropriate.” For the military, service readiness and effectiveness take precedence over civil rights.

On the other hand, there are at least three arguments more persuasive to the military mind.

First, the ban’s opponents could advance alternative policies that ensure military commanders retain process authority. Former Secretary of Defense Ash Carter recognized that allowing transgender service members could present situations that might reduce force readiness, and vested authority and responsibility with Division Commanders to determine the physical fitness of a prospective service member, and whether or not to approve certain medical procedures. Emphasizing that experienced military leaders will make case-by-case decisions can avoid the perception that uninformed government elites are encroaching on military territory.

Second, military leaders are concerned that there is a growing gap between the civilian and military population. The end of conscription after the Vietnam War and the declining number of active duty service members has led to a declining proportion of the population that has had military service or has a family member with military service. Military leaders and policy experts worry that a lack of civilian interaction with service members has created “gaps” in knowledge and trust in the military’s needs and mission. In fact, General Mattis takes this challenge seriously. In the opening to Warriors and Citizens, which General Mattis co-authored and co-edited, the authors write, “The untethering of our military from our society could be damaging to both in many ways.” While no one policy or program will bridge this divide, critics of the ban should emphasize that allowing people who are fit for duty to serve, regardless of their gender identity, is a good faith effort to build a platform of shared values between the military and civil society.

Third, core values form the shared identity that makes everyone in the military an equal and integral part of the Armed Forces. As a former engineer in the United States Navy, I still identify with the Navy’s core values of honor, courage, and commitment. While service members come from different places, with different economic and cultural backgrounds, the branches’ core values form a common bond that transcends personal identity. Indeed, the military has been a driver of progressive social change precisely because embodiment of core values, and not demographics, is what defines a service member. For example, the military desegregated before schools and private businesses. The ban’s opponents should emphasize that “accepting and allowing” any service member who is medically cleared and fit for duty reinforces the Armed Forces’ core values.

Successful civil rights movements take a multi-prong approach, effecting change by simultaneously challenging policy in the courts, pressuring elected officials, co-opting powerful allies among the opposition, and tailoring the message to reach across ideological barriers. While the ban’s opponents should continue to argue against President Trump’s stated reasons for banning transgender service members, they should also identify the reasons left unstated—the ones truly motivating those who advocated for the ban—and argue against them as well. This strategy requires listening to what the ban’s proponents say and advocating with their interests in mind. A win-win negotiating strategy promises faster progress toward not only permission, but also acceptance, of service members of all identities, in keeping with the highest traditions of the military. 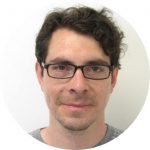 Alexis Reyes is a rising second-year Master in Public Policy student at the Harvard Kennedy School and a veteran of the United States Navy. He is passionate about bringing digital government and data-driven decision-making to the public sector, and looks forward to serving as a course coach for “The Behavioral Science of Negotiations” course this fall.