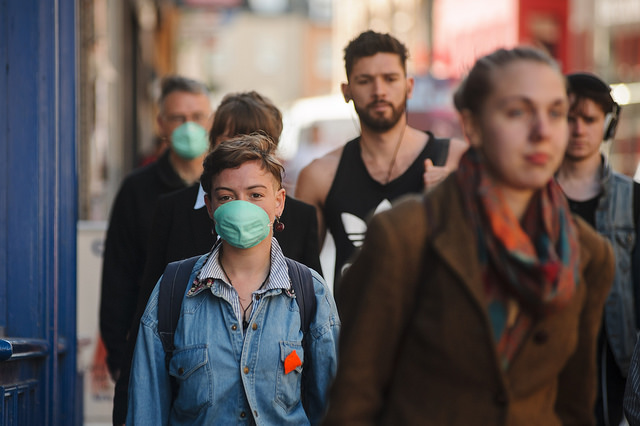 Most climate change awareness campaigns feature stranded polar bears on drifting ice sheets, or sea levels creeping over the island of Manhattan. But are these strategies convincing? The “protect the planet” approach has proven to be too weak of a public narrative to mobilize voters.

Instead, imagine opening the newspaper to an image of a seven-year-old child lying on a hospital bed. The caption reads, “Bakersfield, CA. Air pollution. Diagnosed with lung cancer.” Though rooted in environmental science, climate change is a public health issue, too. It is time for policymakers to rethink their strategy to address it, and using a health framework could prove more effective.

There is a growing scientific consensus that the implications of climate change are associated with health problems. Increasing temperatures are correlated with higher mortality rates and a greater incidence of diabetes, Lyme disease, and other virus epidemics, as well as water and food scarcity. Air pollution, the main driver of climate change, is associated with premature births, infant mortality, and increased mortality from lung cancer and cardiovascular disease—in particular among minority and low-income populations. In 2014, “92 percent of the world population was living in areas where the World Health Organization air quality guidelines were not met.” The WHO estimates that climate change will lead to an additional 250,000 annual deaths between 2030 and 2050.

Climate change health implications constitute a global problem. Regardless of who is medically hit, all taxpayers are inevitably affected—and few are aware of it. Treating more patients, putting in place new safety precautions, and dealing with unexpected epidemics are additional burdens to the economy. Acting now could minimize financial setbacks, and in some cases even yield net benefits. For instance, the U.S. Office of Management and Budget estimated in 2007 that regulating particle pollution could translate into a benefit-cost ratio greater than two-to-one.

Not only is changing the public narrative about climate change justified, but it would make a difference in policy surrounding climate change.

While people do care about the environment, environmental policy reform is often postponed because few believe they will be affected in the near future. For instance, 58 percent of Americans believe that global warming will harm people in the country, and 70 percent believe that it will harm future generations, but only 40 percent believe that it will harm them personally. Human psychology plays an important role here. Firstly, people generally misunderstand science and risk, and thus reinterpret scientific communication based on partisanship. Secondly, people ignore environmental narratives because consequences seem abstract and distant. Urgency only comes with the feeling of risk. In order to change behaviors, public narratives about climate change should remain focused on what is close to people: their health. Being told you could contract lung cancer is more convincing than hearing some neighborhoods of Boston will be underwater by 2100.

Research backs this claim. Studies show that Americans respond more positively to climate change when it is framed as a health issue, rather than as an environmental or a national security matter. Authors of these studies conclude that perceptions of health risks are more personally relevant and thus elicit stronger emotional reactions. Additionally, they find that action-oriented narratives are more compelling than mere descriptions of potential harm. For instance, it is more powerful to explain how lower air pollution is correlated with lower mortality rates, than to describe the toxicity of particulate matter.

Historically, policymakers have used air pollution health crises to advance environmental policy. In the United States, poor air quality in Chicago and Cincinnati led to smoke ordinances in the 1880s. Sixty years later, California implemented pollution controls after smog episodes in Los Angeles in 1947. In 1948, the Donora Death Fog crisis near Pittsburgh, nicknamed the “Smoky City,” triggered public outcry, eventually leading to the federal Air Pollution Control Act in 1955. More recently, President Obama used air pollution and public health as the main public justification for the Clean Power Plan in 2014. In the United Kingdom, the Clean Air Act of 1956 came about after thousands of Londoners died in the infamous Great Smog, which stemmed from coal-fired industries. In China, there have been instances that have alarming similarities with the Great Smog, and there is growing demand for governmental action from urban constituencies.

Grassroots movements that include health frames when addressing climate change are growing. In the United States, public health agencies and associations have started reframing the discussion. According to Gina McCarthy, former head of the Environmental Protection Agency and recently a Senior Leadership Fellow at the Harvard Chan School of Public Health, “[Climate change] really is about direct public health issues like asthma and kids, like cardiovascular and pulmonary disease associated with air pollution.” For Georges Benjamin, executive director of the American Public Health Association, “If anyone doesn’t think [the effect of climate change on health] is a severe problem, they are fooling themselves.” An increasing number of medical experts and physicians are advocating for more ambitious policy across the electricity, industrial, and transportation sectors.

In the ongoing Juliana vs. U.S. lawsuit, youth plaintiffs ages 9 to 21 and the advocacy group Our Children’s Trust claim their right to “clean air and a healthy atmosphere.” Their complaint includes that “the government’s affirmative actions that cause climate change [have] violated the youngest generation’s constitutional right to life.” Despite an attempt from the current U.S. presidential administration to derail the process, the case is going to trial in February 2018. This month, Gina McCarthy called on environmental activists to redouble their efforts: “Just because Washington, D.C., has decided to take a nap on core environmental protections and critical actions to address the most significant public health challenge of our time—climate change—(does not) mean the United States of America is asleep.”

It is high time policymakers and political strategists made climate change a public health debate, and designed climate policies through the lens of health co-benefits. Using local air-quality issues in particular can trump traditional opposition. This new frame may appeal to broader audiences and pave the way for ambitious environmental achievements. Not only are we protecting polar bears, but also our welfare and our children’s welfare. 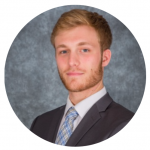 Jean-Baptiste Le Marois is a Master in Public Policy candidate at the Harvard Kennedy School of Government, and holds a Master of Science from the Ecole polytechnique (Palaiseau, France). His interests lie at the interface between science and policy, with a focus on energy, the environment, and climate change.

Photo Credit: Friends of the Earth Scotland via Flickr