Home > Articles > The USA Is in Decline: Act Before It’s Too Late 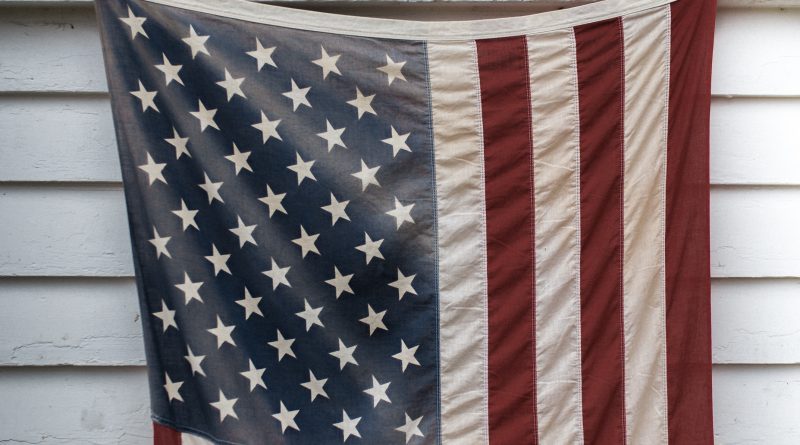 I’m British, so I know what a waning superpower looks like. America, welcome to the club.

In 2015, Joseph Nye, geopolitical analyst extraordinaire, published a book: “Is the American Century Over?” His answer: no. Across three dimensions of power – economic, hard, and soft – Nye concluded that only in the first was the U.S. close to relative decline; China’s economy was a near second, but its military and global influence fell short. Two years on, however, it’s time for a reassessment.

America’s economy is anemic. From 2011 to 2017, labor productivity growth (the rate at which workers in American businesses and organizations produced more goods and services) wheezed at a negligible 0.6 percent. Consumer debt has boomeranged to levels now higher than at the acme of the 2008 bubble and by 2023 the federal government will spend more on net interest payments to service its debt than on the nation’s national defense. Meanwhile, the trade deficit continues to grow and President Trump’s recent decision to pull out of the Trans-Pacific Partnership (TPP) jettisoned latent export markets.

So America is becoming less wealthy. At the same time, the wealth created is not being distributed efficiently. In 1965, CEOs made 24 times more than the average production worker; today, the top 500 CEOs earned 340 times the average worker’s pay. This growth in inequality is not just a political problem, it also implies that the economy is not distributing the returns to production properly. Perhaps you believe CEOs have become ten times more valuable in fifty years, but I do not.

Second, America’s military might is increasingly redundant. Like a bodybuilder turning up to a chess competition, no one is impressed. Recent military interventions have been disastrous: the Iraq and Afghanistan wars cost at least $4 trillion, over 6,000 American lives, one million wounded, and all for debatable impact.

$1.45 trillion is being spent on new F-35 fighter jets, planes unlikely to ever see action. At home, the appetite amongst Americans for military intervention is non-existent, yet expenditure will continue to ratchet up due to the military-industrial complex. Abroad, America’s antagonists appear undaunted and assertive (see: North Korea).

The most significant decline in America’s stature, however, is reserved for Nye’s third dimension: soft power. Pew surveyed the citizens of 37 countries in 2014 and again in 2016; 35 of the 37 countries have a less favorable view of America today. In 2016, 86 percent of Germans had “confidence in the U.S. president to do the right thing” whereas today that number is just 11 percent.

All the while, the mirage of American exceptionalism is an acutely dangerous fantasy. Whilst Americans bicker amongst themselves, Merkel, Macron, and Xi have not hesitated to step into the leadership vacuum.

The confluence of economic stagnation, misapplied militaristic might, and draining soft power is a perfect storm. However, we have seen this before. Consider the collapse of the Austrian-Hungarian monarchy in 1918; the British Empire after the Suez Crisis in 1956; and the fall of the Berlin Wall in 1989.

I take no pleasure in this view. We Britons hold tightly to the notion of a “special relationship” with America. The United States is our closest ally, a key trading partner, and our alliance is a megaphone which amplifies our voice across the globe.

It is not too late. America still has formidable strengths: a democratic, largely uncorrupted political system; a vibrant ecosystem for business creation; the world’s best universities; and a history of reinvention.

To turn the ship around, the country’s leaders must put forward big, bold ideas. The U.S. has done this before. The Emancipation Proclamation changed the legal status of over three million enslaved people more than 150 years ago. In 1916, Congress created the National Park Service. In 1933, Franklin D. Roosevelt established the first New Deal and, in 1940, made the case for American involvement in WWII. The Marshall Plan marked America’s appreciation for its role as a world leader and rebuilt Europe from the ashes of war.

Here are three suggestions for what could come next.

First, President Trump should follow through on his promise of $1 trillion in infrastructure investment. America’s roads, rail, sidewalks, and airports are creaking. Such an investment could be the modern ancestor to the New Deal, employing hundreds of thousands whilst also boosting productivity.

Second, rather than spending trillions on redundant military vanity projects, NASA should be given the resources it needs to make the Mars Mission a reality. Putting a man on Mars would be a genuine feat of mankind, inspire Americans, remind the rest of the world that America can dream, and drive technological innovation.

Finally, America should reopen its harbors, airports, and hearts to a new generation of immigrants. In her 1883 sonnet “The New Colossus,” the poet Emma Lazarus wrote, “Give me your tired, your poor, your huddled masses yearning to breathe free.” The children of immigrants are more likely to go to college, less likely to draw benefits, and as likely to buy homes as other Americans. Immigrants are less likely to commit crimes, and added around $2 trillion to the economy in 2016. Walk the streets of New York, Boston, or Philadelphia and see the communities that immigrants built. It is time for America to rediscover its historic home as a sanctuary for those looking for a new life.

If the United States of America dares to be bold again, it can lead again. If not, decline is not an ‘if’ but a ‘when.’ The clock is ticking. As your friend and Transatlantic cousin, I wish you well.

Benjamin Clayton is a Frank Knox Fellow and Master in Public Policy student at the Harvard Kennedy School, previously Chief of Staff of the British National Infrastructure Commission. He has also worked for the Boston Consulting Group and written for The Economist. His Twitter is @benjclayton.