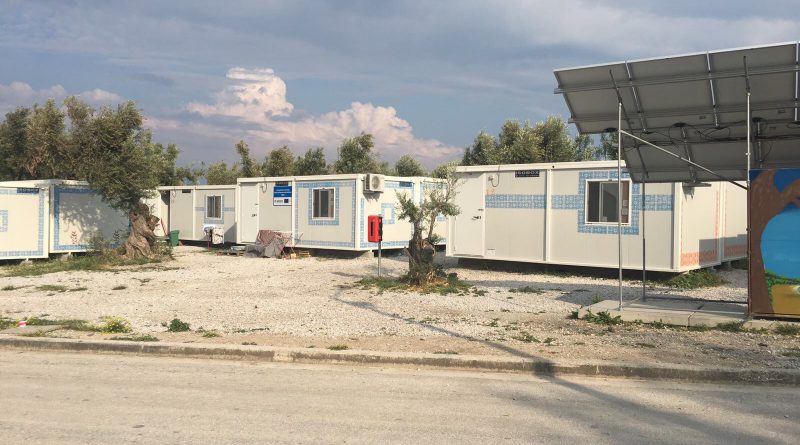 If you visited Kara Tepe on a Saturday night, you might not guess it is a refugee camp.

The main hall bursts with music, men and women dance in white pants and colorful robes, and teens tussle in a three-on-three soccer match outside. A cool breeze carries the day’s heat away from camp. The evening reminds me of some I’ve spent with friends in Cambridge. It is peaceful, even joyful.

Yet a longer stay with Kara Tepe’s villagers reveals the complex challenges of serving displaced people with dignity. That night alone, a fire breaks out in the camp, depriving them of the fragile sense of security that they left their homes to find. How do you rebuild a life when you lack even your most basic needs, and crucially, your sense of worth?

I came to Kara Tepe in May 2017 to volunteer with a group of other Harvard students. Kara Tepe is a refugee camp on the Greek island of Lesvos. Most refugees arrive in Lesvos after making the perilous nighttime journey across the sea from Turkey, and before that, from Syria, Afghanistan, Iran, the Democratic Republic of Congo, and other countries in sub-Saharan Africa. Refugees are received in Moria, a former prison-turned-processing-center for asylum seekers and migrants. After 25 days in Moria, vulnerable community members transfer to Kara Tepe. The camp’s residents include families, single mothers, and people with mental health challenges, some of whom have been tortured.

Stavros Mirogiannis, Kara Tepe’s manager, tries hard to make Kara Tepe feel less like camp, and more like a community. In fact, he doesn’t like the word “camp.”

“We don’t want people to think of themselves as refugees. This is a village, and everyone here is part of a community,” he said. “Our main objective at Kara Tepe is human dignity.”

Thanks to the village’s managers and many NGOs, life in Kara Tepe is easier than in many refugee camps. Kara Tepe’s residents have sturdy homes, clean toilets, and some electricity.

But some residents say dignity feels like a gift, not a given, in a Kara Tepe. On our first day in the village, we met a young Kurdish mother who said, “I’d rather you put me in a plane and fly me back to Syria than keep me here indefinitely or take me back to Turkey. I know I’d die, but I’d rather die in my homeland than live this life without dignity.”

There is not enough electricity for heaters in the winter or air conditioning in the summer, when temperatures can rise to 100 degrees. Many consider the food distributed by United Nations High Commissioner for Refugees (UNHCR) inedible, and European Union funding cuts threaten the food supply altogether. Mercy Corps provides each family with a base stipend, but this sum is often inadequate for food and clothing. Meanwhile, the villagers wait months, even years, as their asylum applications are processed. During the wait, they cannot work.

“I just want to work and provide for my family,” one young man said to our group. But most people in Kara Tepe can’t get a work permit because they must be fully registered with an asylum seeker card to qualify. Without a tax identification number, they’re also barred from setting up a bank account to receive their earnings. Plus, even if they were allowed to look for work, Greece’s economic crisis means jobs are scarce. At the time of our May 2017 trip, Greece’s unemployment rate was just over 22 percent.

The more people we got to know in Kara Tepe, the clearer it became that the lack of employment opportunity was robbing the community members of their humanity. Without the opportunity to work, the villagers were reduced from educators, medical professionals, mechanics, plumbers, tailors, and photographers, to one word: refugees. Employment could reactivate their professional identities, allow them to purchase adequate food and clothing, and improve their mental health. We talked to a number of refugees who felt that long periods of inactivity exacerbated their trauma and anxiety.

So how should Kara Tepe and other refugee camps overcome hurdles to creating economic opportunity?

In spite of bureaucratic constraints, it is possible to empower Kara Tepe’s residents to work and reassert their professional identities. Eight students on our trip spent the week interviewing villagers, culminating in several recommendations. For instance, a pitch competition, leveraging expertise from international business schools, could encourage nascent entrepreneurship in the camp and provide villagers with training and mentorship to develop their business plans. An Iranian cook volunteering in the camp kitchen had created a business plan for an international restaurant in Lesvos, and has been pitching to potential investors. He, and many others we met, could be supported with new forums for honing and selling their ideas.

Impact outsourcing is another possibility. Impact outsourcing uses technology to connect villagers to online work opportunities. Online platforms like Amazon Mechanical Turk offer workers across the globe the opportunity to complete small tasks, such as surveys, for modest pay. Another platform, NaTakallam (“We Speak” in Arabic), was specifically created for displaced persons to provide Arabic classes to language learners around the world. In fact, we need only look within HKS to find inspiration. Two HKS students on the Greece trip, Laura Oller and Ziad Reslan, along with three other HKS students, are building a start-up called Dignify. Dignify, one project in the start-up accelerator of the prestigious Hult Prize, will aggregate online work opportunities and match them to qualified refugees.

The HKS group also proposed introducing an exchange market within Kara Tepe and other refugee camps. The NGO Movement on the Ground has already created a talent tracker that recognizes the skills and talents of community members. Many refugees are teachers, artisans, and linguists. An online platform would allow them to exchange their goods and services with greater ease.

A week in Kara Tepe generated more questions than answers, but what struck me most was the resilience and resourcefulness of so many people I met. They are not simply “refugees” or “asylum seekers,” but individuals seeking to rebuild their lives. They need only the opportunity. 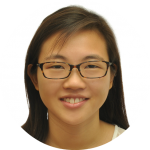 Wen Hoe is a Master in Public Policy student at the Harvard Kennedy School of Government. Prior to the Kennedy School, Wen worked for an international NGO in the UK and West Africa, focusing on water and sanitation policy. She is passionate about refugee issues and humanitarian action.