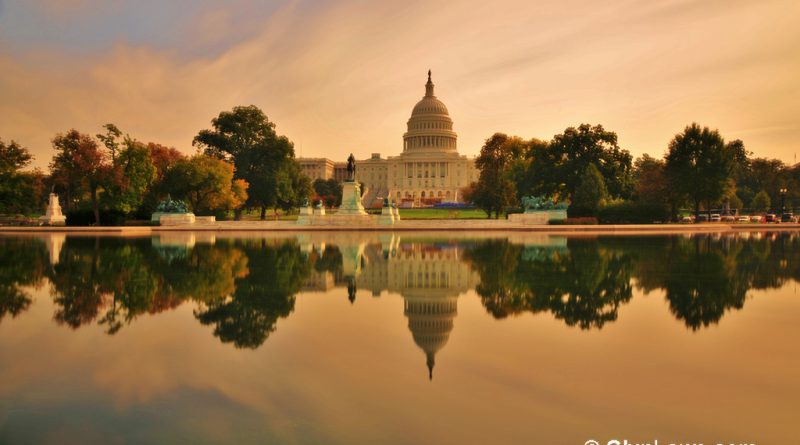 As the 115th Congress continues to battle on issues like the Affordable Care Act, judicial nominations, and cabinet appointments, the media and partisans alike will hype the pervasive politics-as-blood-sport narrative. Diverging from that narrative, this piece focuses instead on what Republicans and Democrats could actually work on together. While bipartisan proposals will undoubtedly face obstacles and roadblocks, the country desperately needs Congress to collaborate on three key policy areas: infrastructure spending, the tax code, and Social Security reform.

An Infrastructure Bill for the 21st Century

Infrastructure encompasses a broad range of investments, including roads, railways, bridges, and airports. The next infrastructure bill should prioritize fixing the most structurally deficient infrastructure and investments with the highest economic return. Flashy new projects will not necessarily serve the country best. For example, the United States already faces an $808 billion backlog in infrastructure investment in highways and bridges alone, of which over half, $479 billion, requires critical repair work.[1]

While infrastructure spending is an expensive endeavor that previous Congresses have been happy to delay, there are tangible, long-term economic benefits to this investment. Targeted investments in highways would reduce congestion and fuel costs. A report by the American Society of Civil Engineers found that 42 percent of urban highways faced congestion, resulting in $101 billion of lost time and fuel costs on a yearly basis.[2] Similarly, the Federal Aviation Administration estimated that the cost of congestion and delays in airports totaled $22 billion in 2012 alone.[3] Highway repairs and airport updates need significant funding in any future bill.

Funding sources will no doubt dominate much of the debate around infrastructure—such as whether direct federal spending or tax credits should be the primary vehicle for funding new projects. Regardless, interest rates remain near historic lows; therefore, the time is ripe for investment since the cost of government borrowing remains cheap.

In order to avoid a budgetary boondoggle, any comprehensive infrastructure package should meticulously assess projected costs and benefits. It should also reality-test estimated impacts on employment, for example, that each $1 billion spent leads to thirteen thousand jobs. If a primary focus of a bill is to create well-paying jobs, it should reality-test whether infrastructure jobs do in fact provide low-income workers 30 percent higher wages, on average, than other jobs.[4]

Finally, Congress should strengthen the long-term sustainability of the federal Highway Trust Fund, which is chronically underfunded.[5] A comprehensive infrastructure bill should not just provide short-term stimulus that allows for ribbon-cutting opportunities—admittedly, a crucial way to gain congressional support—it also needs to think about longer-term solutions for funding infrastructure investment. As a part of this effort, the federal government cannot go it alone—it will need to partner with state and municipal governments, as they often bear the majority of costs and are responsible for levying gas taxes that serve as the foundation for infrastructure revenue. Getting the Highway Trust Fund’s fiscal house in order would be a good first step in that direction.

Federal tax reform is long overdue. The last comprehensive tax reform legislation was enacted over thirty years ago with the Tax Reform Act of 1986 (TRA). When it was passed, the TRA had three main objectives: simplify the tax code, broaden the tax base, and eliminate certain tax shelters. While initially successful, new provisions and complexity have crept back into the tax code over time. Even though the same underlying principles behind the TRA, in theory, can gain bipartisan support in 2017, these efforts will require leadership from the Joint Committee on Taxation, Speaker Paul Ryan, Minority Leader Chuck Schumer, and a host of other congressional actors.

What’s wrong with the current tax system? For starters, it’s overly complex. The tax code is riddled with so-called tax expenditures—exclusions, exemptions, and deductions to individuals and corporations—that reduce federal revenues.[6] As of 2016, the tax code contained 169 different federal tax expenditures. This included everything from the well-known mortgage interest deduction to more obscure provisions, like the small life insurance company deduction. On aggregate, these tax expenditures cost the federal government over $1 trillion in foregone revenue.[7]

If Congress decided to eliminate all, or even a significant portion, of these tax expenditures, it would both simplify the tax code and allow for a reduction of tax rates without adding to the deficit. While Democrats may want to use the opportunity to raise revenues and Republicans may want to slash taxes significantly, a compromise solution could target a policy that is revenue neutral. Moreover, if President Donald Trump wants to make good on his campaign promise of bringing back a portion of the more than $2 trillion in corporate profits stashed abroad, closing existing loopholes through tax reform could go a long way.[8]

Tax reform is no doubt a thorny issue—countless groups have lobbied to include exemptions and loopholes that advantage them and their constituents. It will not be an easy task to change the status quo. But even incremental reforms, such as building on the failed 2015 income reparation legislation that enjoyed bipartisan support, would be a step in the right direction. It would allow the nation to prioritize economic growth over parochial interests and restore a sense of fairness that is desperately lacking.

Of the three policies discussed, this perhaps will be the toughest pill to swallow: Social Security, our single largest spending program, needs to be reformed. There are two options available: continue to kick the can down the road and implement harsh cuts or higher taxes in the future or implement incremental reforms now to help shore up the program that benefits millions of Americans.

In the next decade, the current 61 million Social Security recipients are projected to increase to 77 million. By 2039, this number is expected to grow to over 103 million.[9] As a result of an aging population and fewer workers paying into the system, the nonpartisan Congressional Budget Office projects that Social Security trust funds will be depleted by 2029.[10] To avoid insolvency, the Social Security trust fund could pursue a range of four distinct policy options: raise additional revenues, cut recipient benefits, increase the retirement age, or reduce cost-of-living adjustments.

None of the options for reform will be easy. But absent any action, Social Security benefits would need to be cut by 29 percent for all recipients in 2030 for the fund to remain solvent.[11] Instead, Congress should consider shorter-term policy options to increase the payroll tax rate by 2 percent over the next ten years, implement price indexing of benefits, and gradually increase the federal retirement age from sixty-seven to sixty-eight for those born after 1966.[12] While this would require additional reforms in later years, it would be a step in the right direction and one way to blunt draconian cuts in the future.

Achieving even one, let alone three, of these policy proposals will pose a real challenge. Each will face fierce opposition from political forces at both ends of the spectrum and a powerful array of interest groups. However, if these reforms were successful, they would allow the country to achieve a more solid footing for its fiscal and economic future. More importantly, the 115th Congress could begin to restore the American public’s faith that consensus-driven governance and compromise are possible. Perhaps that would be the greatest benefit of all.

Andreas Westgaard is a master in public policy student at the John F. Kennedy School of Government at Harvard University and a managing editor for the Kennedy School Review. He previously worked at the Federal Reserve Board and the Pew Charitable Trusts in Washington, D.C., where he focused on issues including state and federal fiscal health, financial inclusion, and data-driven elections policy.

[5] Chad Shirley, “Testimony: The Status of the Highway Trust Fund and Options for Paying for Highway Spending,” (presentation before the Committee on Ways and Means), Congressional Budget Office, 17 June 2015.

[9] Congressional Budget Office, “What Are the Causes of Projected Growth in Spending for Social Security and Major Health Care Programs?,” (Washington, DC, 2014).