Home > Articles > Can China Rebuild Its Silk Roads for the 21st Century? 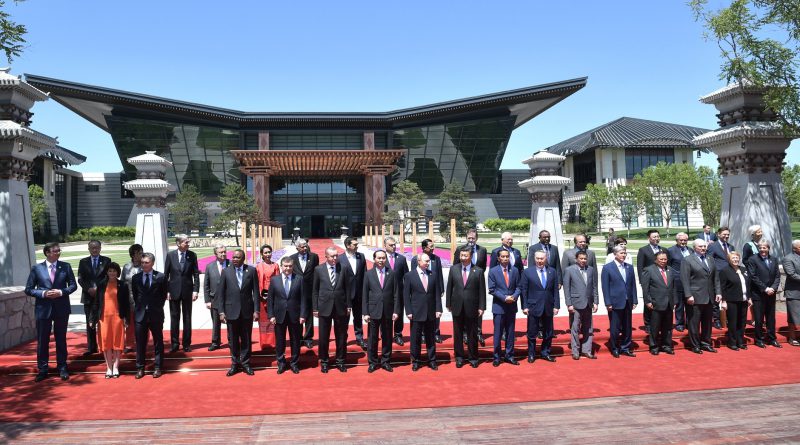 Over two thousand years ago during China’s Han dynasty, a Chinese imperial envoy blazed a land route via Central Asia that derived its name from the lucrative silk trade. Then, during the Ming dynasty in the 15th century, the imperial court’s admiral commanded his fleet to the Arabian Peninsula and East Africa through what became known as the Treasure Voyages. Over centuries, these land and maritime Silk Roads have symbolized China’s central place in the world economy.

Fast forward to 2017. In early May, China’s President Xi Jinping spoke nostalgically of these grand Chinese explorations in his keynote speech at the opening ceremony of the Belt and Road Forum for International Cooperation. The audience was impressive, including 29 heads of state and government and representatives from more than 130 countries and 70 international organizations. The purpose of the summit was to bring together world leaders to revive the Silk Roads for the 21st century.

If implemented successfully, the Belt and Road initiative will be a major economic engine for China. The initiative has the potential to find a more productive home for China’s $3.03 trillion foreign-exchange reserves, which so far have been mostly invested in low-yield US Treasury securities. It could also help China export its excess cement, steel, and aluminum, and open new markets for its prized technology. The Jakarta-Bandung high-speed railway in Indonesia and the Karachi nuclear reactors in Pakistan are already underway, spearheaded by China’s state-owned enterprises.

Besides the economic interest, the Belt and Road initiative is a geopolitical imperative. The initiative can help China secure its energy access. Nearly 80 percent of China’s crude oil imports from the Middle East and Africa pass through the Strait of Malacca. To reduce its reliance on this maritime “chokepoint,” China is searching for alternative land routes by investing in pipelines in Myanmar and a port facility in Pakistan. The initiative also has security implications for China’s western province Xinjiang, where China is increasingly wary of the risk of cross-border terrorism. Investments from the Belt and Road initiative could drive economic development and promote social stability in Central Asia, reducing the threat of violence.

For all its merits, however, the initiative faces major hurdles. The Joint Communique following the Leaders Roundtable of the Belt and Road Forum proclaimed success, but, in reality, the initiative’s future remains uncertain.

First, China is expected to import goods worth more than $2 trillion from Belt and Road countries in the next five years. These imports, if materialized, could boost local economies and foster closer diplomatic ties. However, the promise relies on China’s growing domestic demand and its continuing economic growth, which has shown signs of slowdown.

China has also promised to invest up to $150 billion in Belt and Road countries to strengthen infrastructure and trade links during the same period. The impressive investment objective requires profitable projects, but identifying such projects will be challenging. Many countries in which Belt and Road projects are planned have credit ratings of “speculative grade,” signaling a significant level of risk. Paying the interest on large-scale Chinese loans could also burden borrowing countries, creating debt-servicing problems in the future. Such financial risks could significantly reduce the potential returns to Chinese investment.

In addition, there is political risk inherent in operating in foreign countries. In Sri Lanka, China Merchants Group is providing $1.1 billion in exchange for a 99-year lease of the Hambantota deep sea port. However, the transaction is caught in the crossfire between two powerful politicians. While the current Prime Minster of Sri Lanka calls the deal a “once-in-a-lifetime opportunity,” Sri Lanka’s former President warns it “impinges on Sri Lanka’s sovereign rights.” Negative local sentiment could delay the project and, more importantly, stain the image of Chinese investment abroad. In Myanmar, Chinese-backed Myitsone and other dam projects have been suspended in the politically unstable Kachin State, pushing China to broker a Myanmar-Kachin peace deal, which China had been reluctant to do because of its longstanding “non-interference policy.” Setting a precedent for getting involved in another country’s local politics could damage China’s future economic interest abroad.

Perhaps most troubling to the Belt and Road initiative is the apparent absence of a few key partners.

Among the international dignitaries at the Belt and Road Forum were Secretary-General António Guterres for the United Nations, President Jim Yong Kim of the World Bank, and Managing Director Christine Lagarde of the International Monetary Fund. However, only one G7 country—Italy—was represented by its head of government. While all G7 nations were present, other G7 countries sent in lower level delegations.

India was noticeably absent from the Belt and Road Forum. India’s Ministry of External Affairs responded to the query of its absence by stating that “connectivity initiatives must be based on universally recognized international norms, good governance, rule of law, openness, transparency and equality” and cited its reason “to avoid projects that would create unsustainable debt burden.” The biggest concern, undoubtedly, is the China-Pakistan Economic Corridor, which passes through the disputed Kashmir region.

Nobel laureate Amartya Sen wrote in his seminal book Development as Freedom, “Western traditions are not the only ones that prepare us for a freedom-based approach to social understanding.” It is true that China still must face the challenges of identifying good investments, navigating politics abroad, and bringing along its most valuable partners. But if successful, China’s Belt and Road initiative could offer an answer to the world’s pessimistic nationalism and sluggish economic growth.

Haiyang Zhang is an MPA/ID (Master in Public Administration/International Development) student at the Harvard Kennedy School. He is also a Managing Editor for the Kennedy School Review. His interests include economic development, public–private partnerships, and China-U.S. relations.