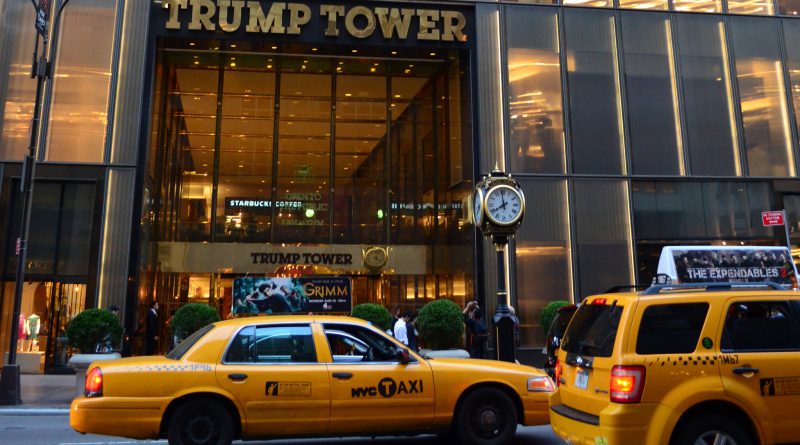 Last week, President Trump released a letter from his tax attorneys in response to Senator Lindsay Graham’s interest in the Trump Organization’s financial ties to Russia. It raises far more questions than answers. Despite all sorts of speculation and inquiry about President Trump’s labyrinthine real estate empire and the sizable potential for conflicts of interest, President Trump only began to mount a marginally serious defense when Graham took an interest (Graham being one of the few Republican Senators willing to question the administration publicly to date).

During the hearing, Graham asked former Director of National Intelligence James Clapper if he had any concerns regarding Mr. Trump’s business ties connected to Russia. “Not in the course of the preparation of the intelligence community’s assessment,” he replied. Given the cautiously narrow response, Graham pressed him; what about beyond the assessment, in general? After a lengthy pause, Clapper replied, “Senator Graham I can’t comment on that because that impacts an investigation.”

The following day, White House Press Secretary Sean Spicer tried to mention casually in his daily briefing that attorneys from a “leading law firm,” would be sending Sen. Graham a “certified letter,” which would quickly clear up all of this. “That should be a really easy look,” said Spicer. The President, he said, “has no business in Russia; he has no connections to Russia.”

His facile dismissal of any Trump-Russia business ties was sufficiently absurd that it featured in Saturday Night Live’s latest Sean Spicer sketch (starring Melissa McCarthy). “Let me just put this whole Russia thing to bed once and for all: Trump is innocent,” says the faux press secretary. “How do we know? Because he told us so, period. Then he hired lawyers to agree with him. And they’re going to prove it with a certified letter, which you know is the truth because it costs an extra two dollars to have it certified.”

President Trump spun the letter with equal gusto in his interview last Thursday with NBC’s Lester Holt as he tried to put as much distance between himself and Russia as possible. “And I have a certified letter, just so you understand,” he said. “I’m not just saying that. I’ve given the letter — I’ve given the letter to Senator Lindsay Graham. He has the letter. And I think frankly, it’s — I assume he’s going to give the letter out. But it says: ‘I am not involved in Russia.’ No loans, no nothing.”

There is nothing inherently wrong about any connection with Russian businesses or individuals by the President or the Trump Organization. Rather, legitimate concerns arise from the vehemence with which President Trump and those under his direction have consistently denied the connection in the aftermath of the 2016 election, when possible Russian ties created uncomfortable questions. President Trump and his defenders do so despite considerable publicly available information that contradicts that story, including statements by Donald Trump himself and his children.

Donald Trump’s empire is made possible by significant debt, much of which has been sold to investors via mortgage backed securities. As many stories have established—from Mother Jones to Vanity Fair—Donald Trump’s access to ordinary commercial real estate lending dried up after he left the lenders on his Atlantic City casinos with $1.5 billion in losses (while coming out ahead himself).

The majority of the debt keeping the Trump Organization afloat comes from Deutsche Bank and a Real Estate Investment Trust (or “REIT”) called Ladder Capital. Together, they have lent Donald Trump over $570 million. There’s no reason you would have heard of Ladder unless you’re in commercial real estate, but they have a portfolio of over $6 billion in assets. Their holdings include mortgages on the two biggest development successes President Trump has ever had, 40 Wall St. and Trump Tower.

The very word “reflect” is enough to raise questions. If the organization truly wished to put an end to the speculation, they would need to reveal transactions much further up the chain. By the time the income is appearing on Donald Trump’s personal tax return, much of the ‘story’ is lost. Incidentally, having a Russian lender (directly) would probably be a non-starter for the Trump Organization for all kinds of reasons: the reputational concerns, the potential violation of U.S. sanctions, the anti-money laundering scrutiny, and everything else. Furthermore, the business has no projects in Russia (though not for lack of trying over the years), diminishing further any need for a lender based in Russia. In short, the things that the organization emphasizes they are not doing are not the things one would expect them to do, anyway.

It’s more or less the same strategy that marked the firing of General Flynn. As information drips out, disclose only enough to get to the next news cycle when the subject changes (or so they hope); contort the facts; and hide behind logic that falls apart when examined closely. This should hardly come as a surprise given that this is the same lawyer who famously announced the similarly meaningless pretense of Donald Trump’s ‘divestiture’ in January with the aid of an absurd amount of paper folders and fake documents piled on a table near the podium.

President Trump’s attorneys play fast and loose with their definition of what types of financial ties to Russia matter. They lay out three exceptions to their assertion in the headline. First, the income from the 2013 Miss Universe pageant: hard to keep that one a secret. The second is the proceeds from the sale of a mansion in Florida that Donald Trump has publicly bragged about. In 2005, he paid $41 million for the “Maison de L’Amitie” in Palm Beach (he bought it in a bankruptcy auction); in 2008, he sold it for $95 million to Dmitry Rybolovlev, a Russian billionaire.

The third exception goes like this: “over the years, it is likely that [The Trump Organization] or third-party entities engaged in ordinary course sales of goods or services to Russians or Russian entities, such as sales / rentals / fees for condominiums, hotel rooms, rounds of golf, books or Trump-licensed products (e.g. ties, mattresses, wine, etc.) that could have produced income attributable to Russian sources (such income would not have been separately identified as “Russian” in your books and records and therefore not separately reflected on your tax returns). With respect to this last exception, the amounts are immaterial.”

Immaterial is defined as: “unimportant under the circumstances; irrelevant.” How is it that the sale of a condominium is immaterial, but the sale of a mansion merits naming an exact number? The mansion stands on its own and the condo is in a larger structure, but they’re essentially the same thing. They can’t have it both ways: either these sales matter or they do not. Behind the jargon, this letter is as fanciful as the bizarre medical report Donald Trump’s doctor put together certifying, “his strength and physical stamina are extraordinary,” his “laboratory test results are astonishingly excellent,” and, in closing, “If elected, Mr. Trump, I can state unequivocally, will be the healthiest individual ever elected to the presidency.”

If what Donald Trump Jr. reportedly said at a real estate conference in 2008 is true – “We see a lot of money pouring in from Russia” – then who knows how many hundreds, even thousands, of real estate transactions we are talking about? Each sale can be hidden in as many nested, anonymous corporations as the parties wish to construct. If there is nothing to hide, then the Trump organization ought not have reason to fear transparency. Unfortunately for the country, that possibility seems increasingly unlikely.

Matthew is a graduate student at Harvard’s Kennedy School of Government. Matthew served as Director of Policy and Communications at the Center for NYC Neighborhoods, a nonprofit that champions affordable homeownership in New York. He has also worked for Morgan Stanley’s Global Sustainable Finance group and the City of New York’s Department of Housing Preservation and Development. He is a graduate of Brown University.