Home > Articles > The Key for Liberals on Climate: Pushing Harder for National Security 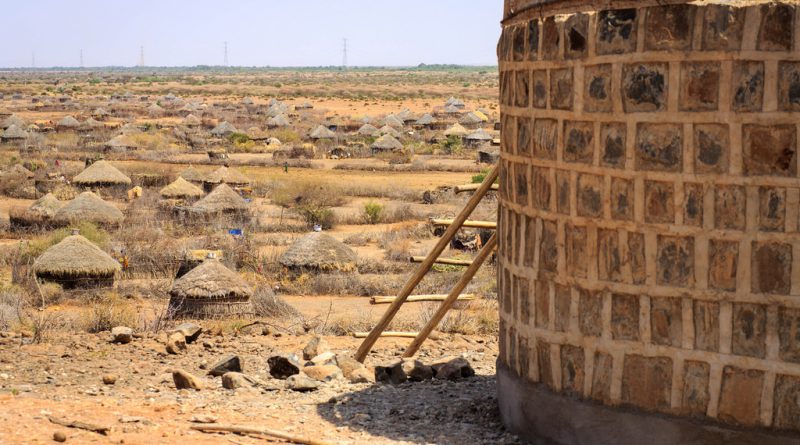 It has become clear Democrats need a new strategy on passing climate change legislation. The new Administration’s budget proposal for 2018 is certainly not friendly towards climate change research or mitigation. Deep cuts to the Environmental Protection Agency, National Oceanic and Atmospheric Administration, and the Department of Energy are just the beginning of a long four years for Democrats. Democrats’ solution, however, lies in the framing and outreach of climate change by casting it as a threat to national security.

Although there is still some debate among academics, intelligence personnel, and military strategists on the issue, most experts agree that resource scarcity plays a role in exacerbating political instability and conflict. The Pentagon has come out with numerous reports of its own citing climate change as a threat multiplier to conflict. Perhaps most striking, however, was the order signed by Deputy Secretary of Defense, Robert Work, in January 2016 that placed climate change adaptation and resilience as a central component throughout all Department of Defense strategic planning for the next decade.

Research on this issue underscores former President Obama’s speech at the U.S. Coast Guard Academy in 2015, where he told 218 newly commissioned officers, “climate change constitutes a serious threat to global security, an immediate risk to our national security.” Despite significant warnings from President Obama, the Pentagon, think tanks, and scholars, a poll by Pew Research Center shows that most Americans do not see climate change as a top threat when compared to other security issues in the world. Another poll shows that while 84 percent of Democrats are worried about climate change, only 40 percent of Republicans fear its effects. Perhaps it should not come as a surprise that President Donald Trump once decried President Obama’s comments on the issue as “one of the dumbest statements [he’s] ever heard in politics.”

This gap between Democrats and Republicans on their understanding of climate change as a threat to national security can largely be blamed on political polarization and party sorting theory. However, lobbying, outreach, and marketing of climate change as an issue for national security has not been effective at changing the minds and opinions of policymakers on Capitol Hill.

So why have efforts thus far been unsuccessful? Most advocacy material on the issue focuses on providing clear and succinct policy briefs and/or reports. These publications are often signed and/or co-authored by several former military leaders. These associations help lend greater credibility towards the link between climate and security. However, by focusing too much on the dissemination of these policy reports, advocacy groups and think tanks may be missing a vital component of the lobbying process. This is especially relevant given that politicians question the legitimacy of evidence and research. This is supported by a recent study that shows policymakers are unlikely to change their predictions of future climatic changes even after directly seeing scientific data.

The critical ingredient needed to successfully influence a legislator’s decision-making is quite simple: capturing personal interest and passion that is particular to the subject. Research has shown that framing the climate change issue towards more conservative principles effectively shifts people’s attitudes on the environment. Presenting climate change as a national security threat matters, especially to Republicans rejecting academic evidence.

To bridge the gap between Democrats and Republicans on climate, policy advocates have an opportunity to use marketing materials that succinctly frame climate change as a threat to national security. New web-based platforms have enabled faster production and dissemination of content used to “sell” information. Graphics, videos, websites, and other forms of visual media can be made readily available to the general public, helping sway voters towards action.

The new documentary film, Age of Consequences, does this by providing an aesthetically sharp outlet where viewers can learn about the underlying threats climate change poses to national security and conflict. Age of Consequences shows us that climate change mitigation doesn’t have to be so politically polarized. The film’s director, Jared P. Scott, purposefully made the film non-political so that it could appeal to a wide audience. It does this by framing the issue in a step-wise process, showing how severe weather events increase resource scarcity, political turmoil, civil unrest, and violence.

The further creation of well-designed content on this subject is therefore needed if advocates want to see real progress made. The presentation and packaging of research is perhaps just as important for the sake of accomplishing comprehensive legislation that mitigates greenhouse gas emissions in the U.S.

The Center for Development and Strategy, a new non-profit think tank made up of millennials, is doing this by disseminating research in easily digestible formats. Sharing content over social media is a key way the think tank is capturing new audiences to raise awareness around this subject quickly. Taking an artistic approach to the creation of this content is necessary for its success. Additionally, person-to-person interaction, engagement, and discussion is vital towards inspiring change. Strategies that combine the use of online media platforms and live events are likely to be most effective in swaying voters’ minds.

Climate change is a difficult subject to discern. The effects of climate change will also be increasingly felt over the next few decades instead of months or years. But that doesn’t mean the issue can’t be popularized. Adding some thrill, suspense, and alarm may be a good tactic to go by if progressives really want to move the ball rolling. Highlighting increased violence, global instability, and conflict may be the motivating factor that gets decision-makers on board.

In sum, Republicans will most effectively be swayed on climate change if and when content is provided that is sharp, informative, and in agreement with conservative values. Otherwise, the rejection of these recommendations will likely continue a “business-as-usual” trend where no meaningful legislation gets passed.

David Harary is completing his MSc in Sustainability Management at the University of Toronto in Spring 2017. He has previously held internships at NASA, National Oceanic and Atmospheric Administration, U.S. Senate, U.S. House of Representatives, and Massachusetts House of Representatives. He currently serves as the Executive Director of the Center for Development and Strategy 501(c)(3).