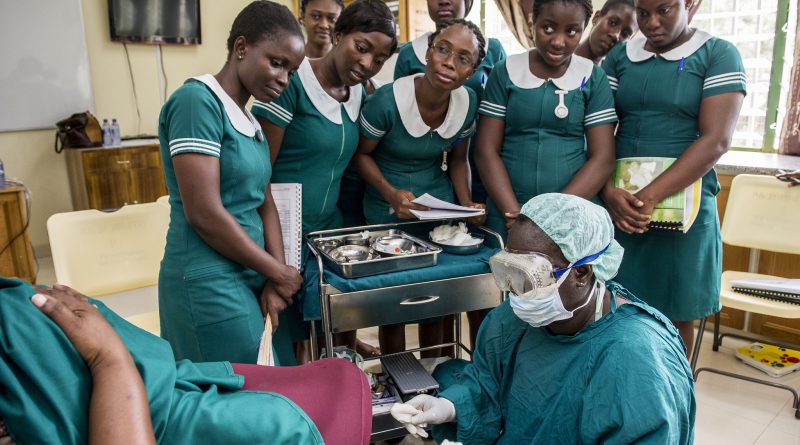 African societies have made enormous strides with respect to women’s rights and empowerment. Mother’s Day is widely recognized and celebrated in many parts of Africa.  On that holiday, people will call and send text messages to their mothers; hashtags will trend; and politicians, governments and gender ministries will issue press statements praising mothers for their sacrifices. On such a celebratory occasion, however, we must remind ourselves that not all women survive childbirth and get to enjoy motherhood. According to UNICEF, Africa accounts for over 66% percent of global maternal deaths.

Salome Karwah was a Liberian health worker. Her sacrifices and commitment during the “Ebola” scourge were remarkable. She appeared on the cover of Time Magazine. Several prominent media outlets carried her story. Her resilience, courage and professionalism was lauded. Salome also survived the civil war that decimated Liberia. Having survived a debilitating disease and a brutal conflict, it was childbirth that took her life.  She left behind a husband and four children.

In Ghana, relatives mourned the loss of Hawa Shaibu, an energetic young woman who woke at 4:00 a.m. each day to prep herself for a busy day at the popular Kantamanto market in the heart of Accra.  A young mother of two lovely girls, she also passed away due to complications from childbirth.

Apart from the loss of life and emotional pain, maternal deaths also incur steep economic and social costs. Many women like Hawa put food on the table of their households. There is an Akan proverb which says “A good mother knows what her children will eat.” Hawa exemplified that proverb.  In the absence of mothers, the fate of children often fall to family members and friends.  The preventable losses of Hawa and Salome have left an unfillable void in their communities’.

African governments have hard choices to make. The global fall in commodity prices has hampered revenue generation across the continent. Organizations such as the United Nations Population Fund (UNFPA) have contributed immensely to improving the safety of childbirth and the quality of other reproductive health care on the continent. Nonetheless, citing concerns about abortions, the Trump Administration cut funding to UNFPA and imposed a “Global Gag Rule”.  This rule blocks U.S. funding to organizations that reportedly conduct abortions. The United States is one of the biggest donors to the UNFPA and these restrictions and funding cuts have dire implications for vital services such as family planning, training for health workers, cervical cancer screening, and the provision of other reproductive health care.  The onus now falls on African governments to step up to the plate and act to protect their populations. While a challenge, these cuts also provide our governments an opportunity to prevent maternal deaths in Africa. An opportunity to demonstrate our independence and the great strides we’ve made in education, governance, and technology. We should be proud of the progress we’ve made, but much work still remains.

The World Health Organization reports that unsafe abortions, bleeding after childbirth, complications during delivery, and high blood pressure during pregnancy are the leading causes of maternal mortality. According to UNICEF, many of these deaths are preventable. Rwanda provides a good example of how, despite a history of violent conflict, the judicious use of resources and a commitment to improving processes can deliver meaningful progress. Rwanda initiated a comprehensive health program that trained community based health workers and gave women access to skilled practitioners during antenatal and postnatal stages of their lives. As part of the program, contraception coverage rates were also increased. Research has shown that unplanned pregnancies and unsafe abortions decline drastically when women and girls have access to contraceptives and other birth control measures. Successes have been recorded in Malawi and Ethiopia as well.

Going forward, African countries need to ensure universal health coverage for reproductive care, improve health systems, and adopt policies backed by high quality data and accountability. Importantly, these programs must honor local cultures and differences across countries. African societies are defined by virtues of love and justice. It is our obligation therefore to keep an injustice like preventable maternal deaths from happening. Cuts to UNFPA funding so close to Mother’s Day require we do more and live up to our creed.

Christian Asante is from Ghana. He is now a first-year doctoral student at Boston College, Lynch School of Education, and previously studied environmental biology in Saskatoon, Canada.