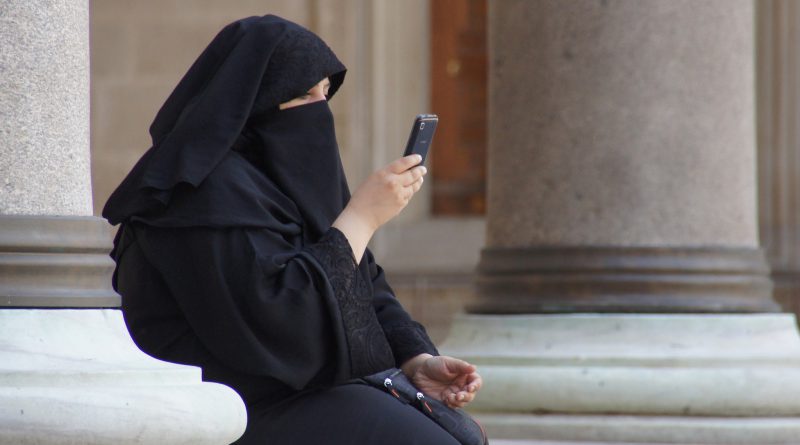 I was sitting behind the wheel in Jedda, Saudi Arabia, with my close friend in the passenger’s seat. The car was parked with the ignition switched off. We were waiting for her husband to come back from souvenir shopping, so that we could begin the twenty-three-hour drive back home to Kuwait. He would be driving, of course, as it is forbidden for a woman to drive in Saudi. Yet in the twenty minutes I sat idly in the driver’s seat, no fewer than three men admonished me. “Women are not allowed to drive,” they said in Arabic.

This story is common. Across the Arab world, women living in patriarchal societies suffer a lack of basic human rights. Arab women are the victims of sexual harassment, female genital mutilation, and violence brought on by conflict, instability, and displacement. During the 2011 Egyptian revolution, women were raped in Midan Al-Tahrir. In 2013, a United Nations survey found that 99 percent of Egyptian women had experienced sexual harassment, and 91 percent felt unsafe in the streets. In Iraq and present-day Syria, women are victims of rape and enslavement from all warring factions.

Since the Arab Spring, Westerners have touted social media as a cure-all for the region’s political and social challenges. Only in cyberspace, with its anonymity and accessibility, can Arab women freely share their opinions. Yet while social media is increasingly popular across the Middle East, it has not been successful in changing how women are treated outside the digital realm.

It’s true that Facebook and Twitter are positive platforms for discussing social and political issues in the Middle East. Currently, in Egypt, a country of 89 million people, Facebook has 27 million users, of which 9 million are women. Women are using these platforms to write about their experiences in graphic and shocking detail. Years ago, these women might have been discouraged from publishing such stories, but the tide has now turned, and the taboo of speaking out is beginning to break. One ingenious way women combat harassment is to post culprits’ photos and harassers’ comments on a Facebook page called “Against Sexual Harassment,” turning the tables on their antagonists.

On Twitter, Saudi women are waging war to gain basic rights. Saudi Arabia has the highest rate of Twitter use in the world, and the country is Twitter’s fastest-growing market. Perhaps this is not surprising given the social oppression women face. In a patriarchal society where women cannot drive, travel, open a bank account, work, issue a travel document, or marry without a male guardian regardless of age, famous hashtags include #Women2Drive, #Idrivemyself, #StopEnslavingSaudiWomen, and #TogetherToEndMaleGuardianship.

Yet if we try to measure the practical success of these social media efforts, results are mixed.

“If success is to bring awareness to society or to change laws, then media has been successful,” said Dania Al Humid , a young Saudi woman studying at Harvard, “but if success is enacting the new status then it has not been successful to date.”

Until people in power address the strong cultural norm of male guardianship, lasting social change will remain out of reach. Male guardianship, or the requirement that a male relative make critical decisions on a woman’s behalf, is not law in Saudi Arabia, but it is an entrenched social practice. Despite pressure from women’s rights activists, success in persuading the Saudi government to eliminate vestiges of male guardianship in commerce in 2009 and again in 2013 has been limited. The government’s commitments remain toothless, with no way to monitor or enforce their implementation. For example, government forms requiring a male guardian’s signature are unchanged.

The same resistance exists in Egypt, with few real gains on sexual harassment and women in politics, despite robust advocacy for these issues on social media. In fact, in Egypt, the state has used fear of harassment as a tool to prevent women from engaging in political activism. By failing to make the streets safe for women to protest and demonstrate, Egypt has entrenched women’s oppression.

Social media is less powerful in the Middle East than in the West. People in the West are used to a vibrant civil society, social activism, and advocating for social and political causes. Social media is often the tool through which Westerners engage in dialogue and raise money for key civic issues. But this kind of activism is foreign in the Middle East. Centuries of oppression, high rates of illiteracy, ingrained taboos, and widespread fear in police states all take their toll on collective action. It is clear now that it is easier to change a 60-year dictatorship through social media activism than it is to change centuries-old oppression of women.

We cannot blame social media for its failure to deliver. Social media are tools. We need more and fiercer advocates to engage in other areas of society: new books written on gender equality, changes to outdated educational curricula, re-interpretation of religious texts by female rather than male scholars, and opportunities for youth to debate gender issues.

It is up to us, Arab women, to work out how to move our fight from Facebook newsfeeds and Snapchat stories into schools, city centers, court rooms, and mosques. It is our fight. No one else will fight it for us.

Nabila Abu-Hantash is a finance and investment banking professional with 27 years of experience in Commercial and Investment Banking. She holds a BBA from the University of San Diego, an MBA from George Washington University, and will be graduating with a Master in Public Administration from the Harvard Kennedy School in May 2017.