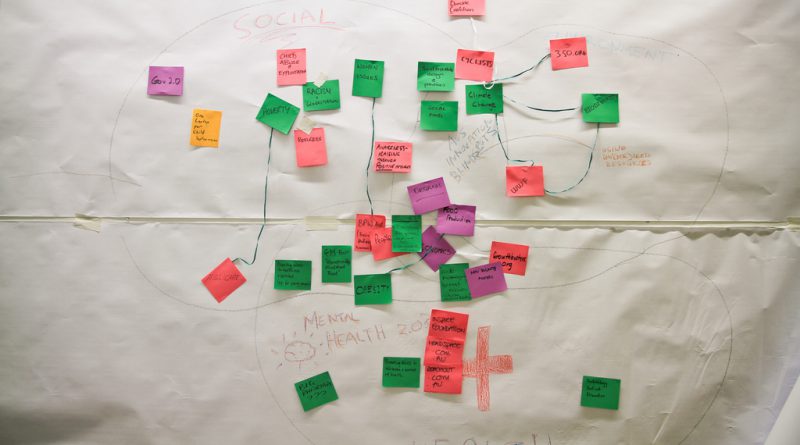 The first months of the Trump administration have radically reshaped the calculus of social entrepreneurship. Institutions that opened themselves to public accountability during the Obama years now face little demand to adhere to the transparency and environmental rules they helped negotiate.

At Harvard’s Social Enterprise Conference (SECON) this year, reflections from local and national leaders put these institutional challenges in stark relief. Though speakers’ topics and backgrounds varied, their messages carried a common thread: the Trump agenda has the potential to shortchange a generation of social enterprise. Across five critical areas – B Corporations, national service, philanthropy, information, and public-private partnership – speakers underscored the need for an affirmation of a shared “social compact,” and sought to redefine the role of cross-sector social actors from advice to activism.

The nascent B Corporation designation – the industry standard for corporations that incorporate stakeholder and public value alongside shareholder value – faces its own barriers in this new normal. Keynote speaker Andrew Kassoy reflected how his fellow founders of the “B Corp” seek to continue their revolution in social responsibility and inspiring socially engaged businesses. He articulated the pressures their B Lab nonprofit faces to innovate in a field undergoing increasing professionalization amid the corporatization of impact measurement. The B Corp founders believe they have reached a ‘tipping point’ for the certification – and certifying professionals in social enterprise will finally allow them to scale to a global standard.

The speakers defined how national service and city leadership are under threat. City Year founder Michael Brown argued that the spirit of national service is a pivotal resource at the core of any state. He asserted service-based interventions like AmeriCorps should be above partisan rancor and political climate but rather rooted in personal commitment, even through looming hard cuts in the Trump budget to service programs. These same concerns about service and open collaboration resonate with local government too – Alex Lawrence, special projects director for the City of Boston, said Mayor Marty Walsh is rethinking how to best implement municipal ID programs in light of impending immigration action by the Trump administration that might use municipal ID data to inform immigration enforcement.  The Trump administration’s proposed removal of education scholarships programs like Pell Grants and challenge to H1B visas will limit the vibrancy of cities like Boston, which depend on appealing to talented “eds and meds” from around the world to attract and retain investment.

Speakers reflected how institutions have needed to redefine ‘social impact’ and refocus on building informed democracies. Bridgespan Group’s Jessica Lanney addressed how social service organizations and impact investors are both rethinking the forms that activism might take, and how nonprofits and foundations should act and communicate in a weakened social sector. New strategies might include “resilience funds,” a fiscal buffer to fortify against unexpected government funding shortfalls across funding areas like technology, healthcare and innovation.

Beyond the influence of misinformation during the presidential election cycle, the media’s business incentives and opportunities are changing. Harvard Kennedy School fellow and FiveThirtyEight reporter Farai Chideya underscored the need for media transformation during a challenging time for local storytelling. While institutions like the Washington Post and New York Times are thriving in the Trump era, nearly half of U.S. states now lack Washington, DC bureaus that connect elected officials to the constituencies they serve, leading to a potentially dangerous reduction in political accountability in states where “speaking truth to power” is in short supply. In the model of the Post, media must continue innovating, re-evaluating not just where it covers news but also build a more representative cohort of reporters where race and gender are representative of the populations they cover. The tasks ahead, Chideya says, are in issues like preserving data, using visualization and technology to uncover connections between data sources, and defining economic segregation as a real and pervasive social crisis.

The rise of Trump and the impacts of his philosophy globally have also scrambled incentives for private actors. Oliver Libby of strategic agency Hatzimemos/Libby argued that corporations seek “predictability and good information” and “a set of rules to maximize shareholder value.” The lack of predictability and value alignment from the White House has forced business leaders to halt major investment activities. For example, the dissolution of government subsidies for research and development into battery technologies required for the next leap in energy storage is reshaping market and economic incentives for wind and solar power. Lack of government investment will make these technological advances impossible Libby raised the specter of quality jobs, sharing the notion that the jobs Trump promises will return to coal country is not realistic. As proposed, Libby said, Trump’s policies will limit innovation pipelines as well as talent pipelines from overseas.

The speakers’ messages at SECON made it clear that the Trump agenda threatens to remove tri-sector incentives for innovation that have made social entrepreneurship such a vibrant sandbox for practitioners. Local governments, funders, and technologists must continue working together, but media leaders and scholars need to join their efforts to preserve a social entrepreneurship beyond the reach and uncertainty of the Trump administration.