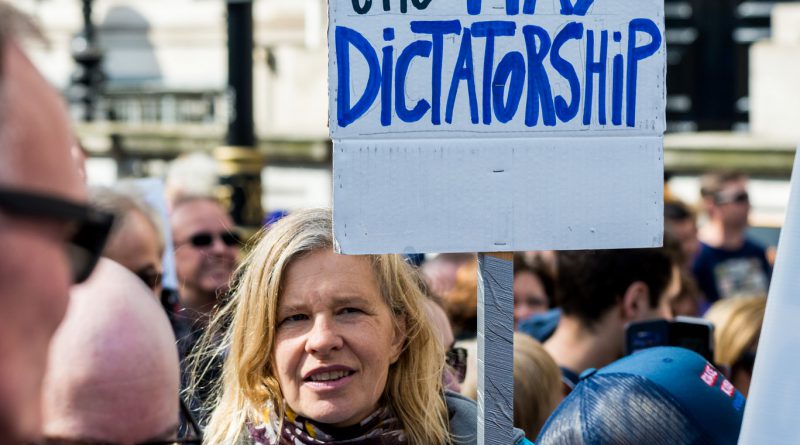 ‘Crush the saboteurs’ proclaimed the Daily Mail newspaper as Prime Minister Theresa May announced that for the fourth time in four years a major national poll would take place in the UK this summer. My concern is that rhetoric like this will only serve to widen further divisions in British society.

The saboteurs they were referring to are Members of Parliament (MPs) who are trying to frustrate the UK’s exit from the EU. My immediate thought was that she it was referring to a collection of her own Conservative Party backbenchers. The results of the 2015 general election handed the Conservatives a majority of only 15 MPs. That has handed enormous power to a coalition of ardently Eurosceptic Conservative MPs who will accept nothing less than a total and complete withdrawal from the EU: a hard Brexit.

Political sense though quickly dawned on me: Mrs. May is not going to publicly accuse her own party members. Instead she was trying to cast the Labour (the largest opposition), Liberal Democrat and Scottish Nationalist parties as the key culprits trying to upset her proposed Brexit negotiation process. In the case of Labour, at least, that case doesn’t really stick. The party has only made her life easier in voting to support invoking Article 50, which begins the process of the UK leaving the EU, without attaching any conditions to their support. Indeed, Labour’s support was key to throwing out proposals tying Mrs. May’s hands to future Parliamentary consultation.

It is not hard to see why having an election now is very attractive for the Prime Minister. If the Conservatives sustain their 19 point poll lead over the Labour Party until polling day on June 8, it may be that Mrs May improves her majority significantly. She could also extinguish threats both by removing the ‘veto’ power of her rebellious Tories, and the ability of opposition parties to make any sort of legislative challenge, particularly at a time when she gets into the gritty detail of negotiating with Brussels over the next few years. Having a strong Parliamentary majority at home almost gives her carte blanche to strike a deal, and a lot more room to negotiate than she would have without going to the country now.

However the manner with which the Prime Minister has called this election will only result in more alienation and division. Across a whole range of issues divisions in Britain are becoming more and more entrenched: Leave vs Remain, Scottish independence vs keeping the union, or elites vs the 99 percent. Even the power sharing agreement in Northern Ireland has hit rocky waters, with disagreements opening up between two largest political parties, the Democratic Unionist Party (DUP) and Sinn Féin, including over a proposed Irish Language Act. Never in my (albeit only 32 year) lifetime has the UK been as split as it is today.

Therefore, what was most concerning to me about the start to the general election campaign was the extent of aggression with which the Daily Mail reported on the Prime Minister’s plans. For me it either betrayed a special arrogance of Mrs. May, and easiness with divisiveness, or it demonstrated a flawed view that uniting the country means generating support by marginalizing those who disagree with you. Either interpretation is disturbing.

Robust debate is a necessary part of a vibrant democracy. But it feels like British political discourse is now best characterized by intolerance. Instead of a great rousing battle of ideas, buccaneering ‘brexiteers’ and ‘remoaners’ (the latter of whom, including me, voted ‘remain’ in last year’s EU referendum and still have the temerity to make public comments) jeer at each other.

One of the most recognizable reactions to the election of President Trump last year, typified by HKS students’ own Resistance School, is an escalation in political activism. Increased political activism is welcome, but in the UK it feels as though the impact of an uptick in political engagement is that we are in danger of only coalescing further into discrete groups and building lines of attack in an attempt to squash those who oppose us. Even in the face of the seismic political shock that is Brexit, our reaction is to continue doubling down on the differences that divide us. Empathy, the key buzzword of our time, is left buzzless lying by the wayside.

In the next five years Britain has major decisions to face. We need to decide what our new place in the world will be. Our political leaders have a responsibility to ensure these decisions are inclusive. For that to be so the leaders of all political parties in Britain need to listen to those they disagree with and enter into debate with them. They should be in the business of welcoming challenge rather than try to prevent it.

That, in my view, is the only way we can begin to make the country more united. However, if Mrs May wins on June 8, I will not be optimistic.