Home > Articles > What’s in a Name: Earth Day and the EPA 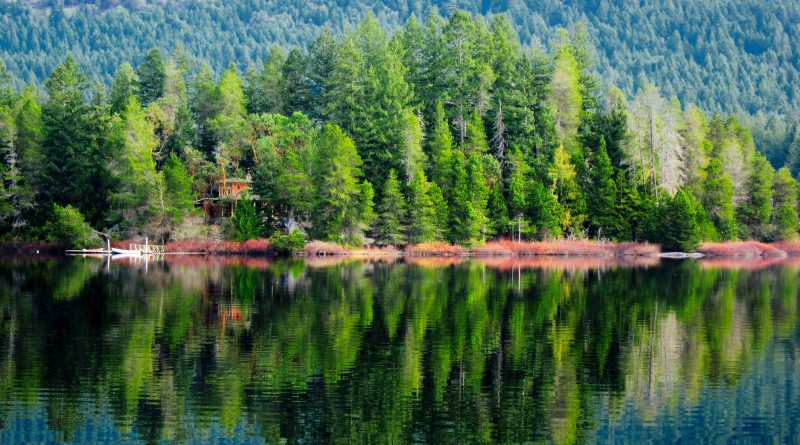 Defining the mission of the Environmental Protection Agency (EPA) seems like it should be fairly straightforward. It’s right there in the name: an agency to protect the environment.

Of course, in a world of complex costs and benefits, and increasingly intense partisan rhetoric, nothing is quite so simple. Yet, I was still surprised by a recent tweet from the EPA, which claimed that Administrator Scott Pruitt is “refocusing the agency on its intended mission: protecting the environment without hindering job growth.”

Many leaders in Washington are, understandably, concerned with job growth. President Trump and his economic advisors are right to focus on it. But the claim that the intended responsibility of the EPA is not to hinder job growth seemed disingenuous. I was fairly certain that the intended mission of the EPA is to protect human health and the environment. Indeed, it seemed to me that “refocusing” on job growth was in fact fundamentally redefining what the EPA does from scientific standard setting to economic forecasting. But, despite having made my career in environmental policy, I realized I wasn’t sure if my understanding of the EPA was rooted in the Obama Administration’s recent efforts, rather than substantive history. So, I started looking for some facts.

EPA’s story begins forty-seven years ago, just after the very first Earth Day. The event—cosponsored by bipartisan leaders in Congress—was considered an overwhelming success. Demonstrators across the country took to the streets to show strong support for environmental policies. Just one week later, Roy L. Ash, Chairman of the President’s Advisory Council on Executive Organization, sent President Nixon a memo. In it, he formally recommended that the President establish an Environmental Protection Agency.

His rationale for the new agency was that no other existing agency could fully extract its mission from its judgement on environmental impacts. In an age of rapid growth in consumption, industrialization, and urbanization, he argued, “some means must be found by which our economic and social aspirations are balanced against the finite capacity of the environment to absorb society’s wastes.” From its very outset, EPA was intended to be that balance in order to serve the total public interest. The very first EPA Administrator took this to heart. After being sworn in, Administrator William Ruckelshaus stated that, “EPA is an independent agency. It has no obligation to promote agriculture or commerce; only the critical obligation to protect and enhance the environment.”

This is not to say that Chairman Ash or Administrator Ruckelshaus thought the EPA should be antagonistic to businesses or reckless with its enforcement. Chairman Ash insisted to President Nixon that business must be an essential partner, while also noting that in some instances enforcement would be necessary. In 1971, Administrator Ruckelshaus exemplified this ethos when he went toe to toe with chemical company Union Carbide. The company threatened layoffs if it was forced to comply with EPA’s sulfur oxide emission standards. Rather than jeopardizing environmental goals or allowing the layoffs to proceed, EPA managed to forge a compromise that saved all 625 jobs and brought the company’s emissions down 70 percent in one year. We need efforts like this now more than ever. In an age where climate impacts from greenhouse gas emissions are mounting, our government must do the hard work to balance economic and environmental interests for the long term.

The Trump Administration is neglecting that obligation. Rather than living up to EPA’s truly intended mission, Administrator Pruitt’s “Back to Basics” campaign is falsely claiming his new approach that promotes fossil fuel job growth and cedes responsibility to regulate greenhouse gases is what the EPA should have been doing all along. When he labels scientific standards implemented in the last administration as a declaration of war on the economy, he is smearing years of hard work to address climate change, undertaken by many of the employees that now serve him. When he claims that the previous administration forced Americans to choose between job growth and environmental protection, he is rewriting history and ignoring mounting evidence that future energy employment will come from the renewable energy sector. He is opting out of the difficult role the EPA Administrator serves, to remind leaders at the federal, state, and local level that resources are finite and we would do well to consider how best to utilize them for the benefit of society at large.

The economy has a lot of advocates in Washington. Secretary Mnuchin, Secretary Ross, and the Council of Economic Advisors are undoubtedly guiding President Trump on ways to grow the American economy. It is Administrator Pruitt’s responsibility to join in those conversations as a voice for the environment and human health. His apparent disinterest in doing so is all the more concerning given his continued statements questioning human made climate change, despite overwhelming scientific consensus. One can only hope that there are leaders in Washington, like Chairman Ash, who took notice this past weekend when tens of thousands took to the streets on Earth Day. Scientific, fact-based policy making still has support in the American public and our environment needs it now more than ever.

Liz Hanson is a first-year master in public policy student at the John F. Kennedy School of Government at Harvard University. Having developed climate change mitigation and adaptation policies at the state and local level, she is committed to working across sectors to improve the sustainability and livability of communities and ensure the realization of global climate commitments.