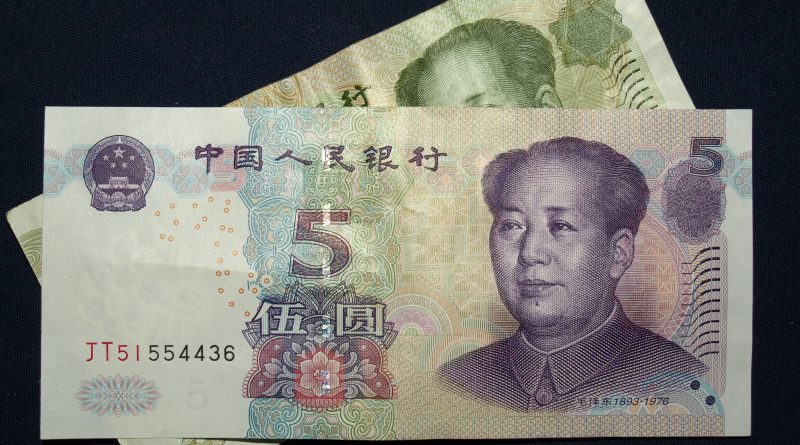 In its semiannual foreign exchange report presented to the Congress on April 14, the Treasury Department concluded that China does not meet all three criteria of a currency manipulator. In fact, no major U.S. trading partners does.

If China does not intervene, the yuan will likely depreciate

In the last U.S. presidential campaign, if there was anything that two candidates could agree on, it was that China intentionally kept the yuan undervalued to gain unfair advantage in trade. On the campaign trail, both Trump and Clinton called out China on currency manipulation.

However, the recent Treasury report reckons that China’s intervention in the foreign exchange market is to help strengthen the yuan, not weaken it.

The view that the yuan is undervalued is outdated. Since 2003, the U.S. has urged China to move towards a flexible exchange rate regime to allow currency appreciation. China largely resisted the pressure. However, since 2014, the fundamentals underlying the Chinese economy have changed. China has been experiencing substantial net capital outflow amid its economic slowdown and a relatively strong recovery in the United States. Today, the Chinese yuan is weakening against the U.S. dollar, and the yuan is likely to depreciate if China does not intervene.

It is true that China intentionally undervalued the yuan in the past. China pegged its yuan rigidly to the U.S. dollar in 1995-2005 and again in 2008-2010, according to Jeffrey Frankel, a leading macroeconomist and Harvard professor. The People’s Bank of China, its central bank, systematically bought foreign currency to suppress the value of the yuan, in an effort to gain competitive advantage over China’s trading partners.

Nevertheless, the U.S. refused to name China as a currency manipulator when China intentionally kept its yuan undervalued. Instead, the U.S. sought China’s cooperation in the bilateral Strategic and Economic Dialogue and under the G-20 framework.

In recent years, China has intervened in the foreign exchange market, but not to undervalue its currency. From August 2015 to February 2017, China sold around $800 billion in foreign currency assets in an attempt to strengthen the yuan, according to the U.S. Treasury estimate. If China’s operations in the foreign exchange market is of any concern, it is that China might be losing foreign reserves too rapidly.

There are better candidates than China as potential currency manipulators

To identify currency manipulators, the Treasury Department uses three criteria based on whether the candidate has: bilateral trade surplus with the U.S. that is more than $20 billion, current account surplus equivalent to 3 percent of GDP and the persistence of intervention with net purchases of foreign currency totaling 2 percent of GDP over a 12-month period.

China only meets the bilateral trade criterion while all other five trading partners on the Monitoring List—Japan, Korea, Taiwan, Germany and Switzerland—meet two criteria.

In fact, China could potentially drop out from the Monitoring List in the next Treasury report. According to the rules of the Monitoring List, an economy meeting two of the three criteria will be placed on list and remain for at least two consecutive reports to ensure that any improvement is durable. If China manages to keep its current surplus below the 3 percent threshold and does not engage in persistent intervention in the foreign exchange market, it would no longer qualify for the Monitoring List.

China’s bilateral trade surplus with the U.S. is sizable, but it bears no relevance for the rule-setting International Monetary Fund (IMF). Contrary to the U.S. Treasury Department, the IMF does not consider bilateral trade a primary determinant of currency manipulation.

There are two reasons why the bilateral trade criterion makes little economic sense in identifying a currency manipulator.

Second, China’s trade surplus with the U.S. would be far smaller in value-added terms than in gross terms. Conventional trade statistics attribute all the value of Chinese exports to China, despite that “made in China” products embody inputs from all over the world. For example, a Federal Reserve report shows that measuring trade in value-added terms would lower China’s 2009 trade surplus with the U.S. by 33 percent, to $126 billion from $189 billion.

It has been some time since the economics profession knew that Chinese yuan is not undervalued. In 2015, an IMF mission, after its visit to Beijing, formally concluded that the yuan is “no longer undervalued.” It took two years for the U.S. politicians to catch up. Foreign exchange intervention might return some day. But now is not the time to label China a currency manipulator.