Home > Articles > You Can Be Pro-Life and Pro-Woman 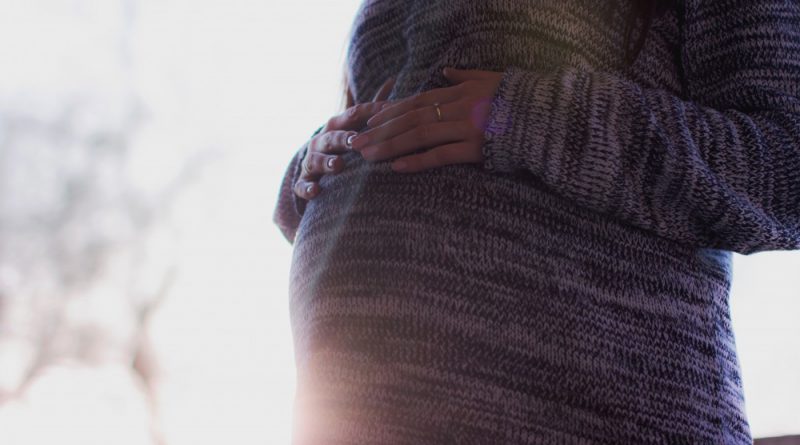 BY NATALIE GOODNOW AND BOBBIE RAGSDALE

Today is International Women’s Day, a fitting time to discuss a topic at the forefront of the news over the last several months: abortion and women’s rights. Though abortion has been legal for decades, the issue is still a contentious one in the public sphere. Unfortunately, many people today believe that those who are pro-life are anti-woman.

The day after President Trump’s inauguration, hundreds of thousands of people participated in the Women’s March in cities across the country. Though many professed the march to be inclusive of all women, and many participants were, in fact, kind and respectful, in reality the march was organized to be overtly pro-choice, and organizers were openly hostile to pro-life women’s groups. Planned Parenthood, the very public face of abortion services, was even “the lead financial sponsor of that march,” according to the New York Times.

The following week, though, large crowds of people also showed up nationwide for the March for Life, as they do every year. The March for Life is an annual demonstration against abortion, held every January, close to the anniversary of the Roe v. Wade decision. It brings together people of every faith, political perspective, race, and class, united in the belief that human life – every human life – is precious from the moment of conception, and should be protected. It is a peaceful demonstration that has occurred, without incident, every year since Roe v. Wade.

What is concerning is how we came, as a society, to a place where disagreements about the nature of life and the rights of the unborn are seen as so divisive that it can lead groups of women to ostracize one another. The growing narrative in the media, entertainment world, and certainly in many academic circles, is that acceptance of abortion is standard (It isn’t.), that pro-lifers are only interested in unborn children and don’t work to support them past birth (Both false.), and that the pro-life movement does not care about women (We absolutely do).

It is this last point that is most in need of revision today. Being against abortion is not synonymous with being against women. It’s about being for babies – even the unborn. The trouble with abortion – and the reason it remains at the forefront of unsolvable political struggles – is that it forces an ethical choice which is essentially binary: when the right of an unborn person to live conflicts with the right of a pregnant woman to choose what to do with her own body, which right prevails? Both sides will hem and haw and try to sidestep this dilemma with equivocation or double speak. Some on the left will minimize the babies’ rights, claiming that the unborn are not alive at all, and shamefully comparing fetuses to parasites, or embryos to cancers.  Some on the right, meanwhile, will coldly cast blame on the unwilling and terrified mothers, calling them selfish and irresponsible. These tactics may work in their own echo chambers, but they are as ineffective at changing minds as they are offensive.

Both sides appeal to science, though science alone does not have the tools to answer the question of whose rights prevail. Religion can also be a major element in influencing someone’s perspective on abortion, though atheists, too, can have differing opinions on it. One’s position on abortion ultimately comes down to a philosophical question of personhood. In fact, the cutoff for personhood has varied greatly by different societies and cultures throughout history.

Modern American law, and the pro-choice movement generally, acknowledge personhood as being established at time of birth (assuming said birth does not occur during the course of an abortion procedure). More moderate Americans, however, argue that personhood ought to be established at viability. The modern pro-life movement, along with the Catholic Church and several other religious bodies, tends to believe that life – and thus personhood – begins at conception. There are others still who go beyond this range of views. The Oxford University-edited Journal of Medical Ethics recently published an article suggesting that “after-birth abortions” are ethical and should be legal today, because newborns “do not have the same moral status as actual persons,” and thus are not entitled to the protections of personhood. If you can see how the last position could be shocking, then perhaps you can imagine – just for a moment – how those who believe personhood begins at conception feel about abortion.

It is easy to dismiss the rights of the unborn as nonexistent if you don’t acknowledge the life itself in the first place. But once you do, through whatever philosophical framework you choose, then you are forced to grapple with the larger question of the competing rights of the mother. The goal today is not to weigh the arguments for each, but merely present the dilemma in clear terms: when two rights are in irreconcilable conflict, as they are in this unique situation presented by nature, which should prevail?

It is not an easy question, and neither side advances debate by demonizing the other. Pro-choice advocates do not callously celebrate the murder of infants any more than pro-life advocates celebrate the enslavement of women’s bodies to the patriarchy. Many in the pro-life movement – women and men – care very deeply for women and women’s health issues; they simply believe that the rights of an unborn child to life are paramount.

More can and should be done for women – no one can say we have done enough for women in need. In the midst of this intensely partisan climate, and this divisive issue, there is also an opportunity for anyone courageous enough to reach a hand across the divide and take it. There is a place for people who are pro-life and pro-choice to come together and work to help women who feel alone, who are terrified, who want their child to be born but feel abortion is their only choice. Ultimately, this bridge can only be built when both sides acknowledge and accept one another for what they are and what they believe. Vilification only widens the rift, and stops progress before it can begin. The real victims, then, are not the ideologues, but the women and children caught in the middle.

Natalie Goodnow is a second year Master in Public Policy student at the Harvard Kennedy School. She previously worked at the American Enterprise Institute and is a graduate of Princeton University. She is passionate about child and family policy, and focuses her research on foster care and adoption.

Bobbie Ragsdale is an active duty US Army officer and Cavalryman by trade.  Hailing from New Orleans, Louisiana, he studied Political Science and Systems Engineering at West Point. He graduated in 2016 from the Harvard Kennedy School of Government Master in Public Administration program, during which he served as the KSSG Vice President of Academic Affairs.