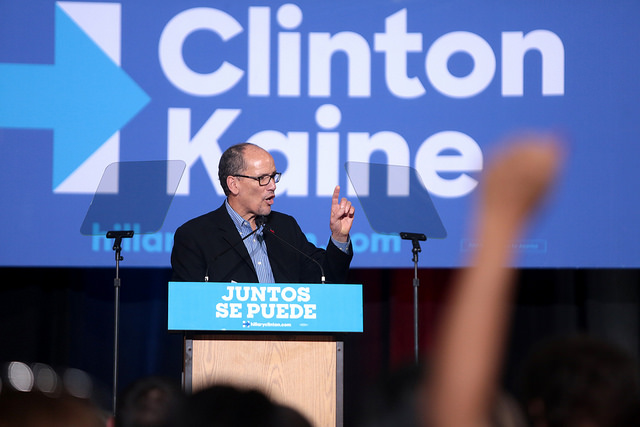 On February 25th, the Democratic National Committee chose Thomas Perez, former Secretary of Labor and Harvard Kennedy School alum, as its new chair. The media billed the election that resulted in Mr. Perez’s victory as a battle for the party’s soul — a clash between its leftist and establishment wings. The conversation in the press has now turned to “unification” of the party and the crafting of a message that appeals to both sides. It will be tempting for Mr. Perez to listen to the pundits and turn immediately to these concerns. Trying to direct the future of the party from the top down, however, would be a mistake and a missed opportunity.

As a lifelong Democrat and active member of my local Democratic ward and city committees in Somerville, Massachusetts, I have witnessed something exciting happening over the last few months. A year ago, our local Democratic committee meetings were sparsely attended and focused mostly on local issues. My husband and I, at 38 and 34, respectively, were the “youth” contingent.

That changed after November 8th. At our last ward committee meeting, we did not even have enough chairs for all the attendees, and I saw many young faces. These new participants are clamoring for action on issues of national importance. Our meetings are sometimes messy; there is often dissent. But there also is a palpable positive energy in the room that inspires me and gives me hope for the future.

Nurturing this swell of engagement at the local level should be the DNC’s top priority. Democrats have a difficult four years ahead. Seizing on the current momentum and connecting new activists to the existing leadership would go a long way toward creating a base of candidates and volunteers for the 2018 midterms and beyond.

Moreover, if Mr. Perez and the DNC invest in fostering connections at the local level, the ideological divisions that plagued the 2016 primary season may resolve themselves. From the commotion at the Nevada Convention, to the protests at the National Convention, supporters of Bernie Sanders felt left out of the process and reacted angrily. Encouraging their participation at the local level may accelerate the healing process. It is much easier to find common ground while talking with a neighbor, face to face.

Local committees like mine are easy to overlook as a resource, but they are an ideal place to make all this happen. Here is what Mr. Perez and the DNC should be doing to help us succeed.

Our committee is growing, but having volunteered at the Women’s March in Boston and attended protests against the Trump Administration’s Muslim Ban, it is clear to me that there are many other similarly-minded people in the community who have not yet found their way to us.

Traditionally, local committees have relied on word-of-mouth to attract membership. When I joined my ward committee two years ago, I did so because our city committee chair reached out to my husband and me personally. Before she invited us to get involved, I did not know that the ward committee existed. Even for those who know to look for their local committee, finding the right information can be difficult. There is no website or other centralized source where Democrats can look up the leaders or events in their areas.

The DNC could make this much easier. During the presidential election, the party’s website featured a simple polling place locator; visitors could type in their address and zip code and instantly receive information about where to vote.  The DNC could build a similar function to connect Democrats to local committees.

The thousands of us around the country who are on the DNC’s mailing list continue to receive regular emails asking us to sign a petition or donate “just $1” to the Democrats. Imagine what might happen if those emails asked us to do something more meaningful – to join with other local Democrats in our communities – and gave us a simple way to locate them.

2.  Help us get the word out about the work we are doing.

Our ward committee is lucky to have several members with technical expertise. Despite this advantage, however, we have struggled to get a web page and newsletter off the ground, and we still rely mostly on email to share meeting information.

Online platforms exist to help with these outreach efforts, but they may be too costly for smaller committees. The DNC should create tools and templates, like a simple online events calendar and newsletter, that less tech-savvy committees can use for free to get the word out about their activities.

3. Help us connect with other committees and races.

Somerville is a deep blue city, and the Democratic Party will thrive here with or without assistance from the national leadership.  But in other areas of the country, long neglected by the party, would-be activist Democrats face greater challenges.

My fellow committee members and I know that effectively opposing the Trump Administration’s most objectionable policies – and ultimately winning back Congress and the White House – will require expansion out of our “blue bubble.” We are willing to meet this challenge. One fellow ward committee member even flew to New Orleans to volunteer for Foster Campbell’s ill-fated Senate runoff campaign last December.

The DNC should help facilitate connections like this between active local committees in blue states and campaigns and committees in swing districts. We can phone bank and fundraise remotely – the technology already exists and is in use. We can also share information, ideas, and encouragement. All the DNC needs to do is identify the races, make the introductions, and provide the tech.

The millions of dollars flowing into Jon Ossoff’s special election race in Georgia’s 6th Congressional District are proof that Democrats have the opportunity to make a splash in some surprising races in the next few years. The DNC could better support these races by supporting committees like mine.

From the Women’s March to the recent, raucous Republican town halls, a new wave of activism has arrived. This wave has brought forth resources that the DNC badly needs: human capital and enthusiasm. The DNC has important resources, too: things like data, technology, and expertise. If the Democratic Party manages to marry these forces together, it could become a more powerful force for 2018 and 2020. The place to make that connection happen is in ward, city, and town committees.

Jessica Schauer Lieberman is a MC/MPA student at HKS and a member of the Ward 6 Democratic Committee in Somerville, Massachusetts.