Home > Articles > U.S. Manufacturing Jobs Are Not Coming Back 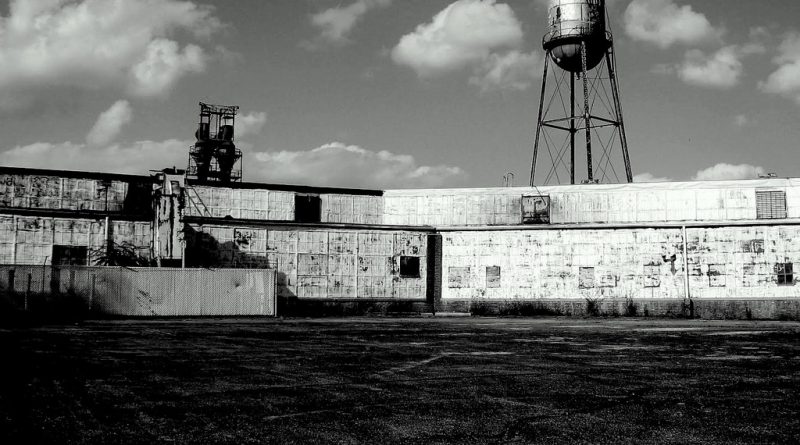 A group of textile artisans protested against the newly developed labor-replacing machinery. They were afraid that the many years they spent mastering the skills would go to waste and that the machines would eventually rob them of their jobs. The violence broke out when people started smashing the knitting machines, and eventually their protests turned into a movement.

The group was the Luddites from the 19th-century Britain. Economists later coined the term  “Luddite fallacy” to describe the unfounded fear that technological innovation would inevitably lead to permanent structural unemployment.

There is no room for the Luddite fallacy in America today. Blaming other countries for the lost U.S. manufacturing jobs is equally false.

The U.S. is screaming over yesterday’s problem

Bringing back manufacturing jobs is at the core of President Trump’s plan to “Make America Great Again.” Throughout his presidential campaign, the President has accused China of stealing U.S. jobs. Blaming China for the lost American jobs is no longer news. Ever since the country’s accession to the World Trade Organization in 2001, China has subjected itself to virtually every debate on job losses due to its stellar growth in exports.

It is especially concerning this time since President Trump has threatened China with a 45 percent tariff. If implemented, such a punitive tariff will inevitably trigger a trade war. In a time of sluggish growth, a trade war between the two largest economies would be dire for an already fragile global economy. It will be counterproductive to the President’s goal of bringing back U.S. manufacturing jobs.

It is true that America was losing manufacturing jobs to China in the first decade of the 21st century. After staying relatively stable during the 1990s, U.S. manufacturing employment declined between 2000 and 2007 by 18.7 percent. From 1999 to 2011, rising Chinese import competition could account for 2 to 2.4 million U.S. job losses, according to Daron Acemoglu, a leading labor economist and MIT professor.

However, the thesis that China steals U.S. jobs is no longer valid amidst China’s recent economic slowdown. Since 2011, China’s GDP growth has been on a steady decline, from 10.6 percent in 2010 to 6.9 percent in 2015. Chinese exports plunged. “Made in China” has traditionally been the synonym for low-cost manufacturing products. But in recent years, China’s cost advantage is quickly vanishing. A 2014 study by the Boston Consulting Group showed that China’s manufacturing cost advantage over the U.S. was merely 4 percent after adjusting for productivity differences. Rising labor and energy costs are eroding China’s cost advantage and export competitiveness. In fact, Chinese manufacturing workers are now worried about losing their own jobs to automation and offshoring.

If China is no longer taking U.S. manufacturing jobs, then who is?

A decade ago, most economists would unambiguously agree that U.S. was losing manufacturing employment to China. Since 1999, the U.S. has lost more than 5 million manufacturing jobs, and many of them found a home in China.

Automation and robots are the real culprits that are stealing U.S. manufacturing jobs. Machinery that embodied labor-replacing technology is behind the struggle of U.S. manufacturing workers. For example, General Motor’s U.S. employment peaked at 618,365 in 1979. Today GM employs barely a third as many workers while it produces far more cars, thanks to billions of dollars of investment in automation. Among all the manufacturing job losses in recent years, almost 88 percent came from productivity growth, while the rest were attributable to international trade.

Automation can free up workers from repetitive, low-skill tasks to engage in more creative, high value-added services. And this is good news.

Jobs lost to technological innovation will eventually be replaced by new ones. Economists rarely agree on anything. But it is largely accepted by economists that technological innovation results in only temporary structural unemployment. While automation did lead to the layoffs of a large number of 19th century textile artisans, new jobs in other industries eventually emerged. Today’s technological innovation will likewise increase the demand for high skilled labor in the long term. In fact, a December 2016 U.S. Department of Labor report suggests the number of nonfarm job openings was near all-time record at 5.5 million. Many of these job openings, however, have shifted from manufacturing to roles in the service industries.

Manufacturing jobs are not coming back, because they do not exist anymore

This long-term trend is not a bad thing, however, and it would be unwise to declare a war on machines. To avoid a Luddite-like movement today, America should begin by bridging the skills gap for temporarily unemployed workers through re-training and education.