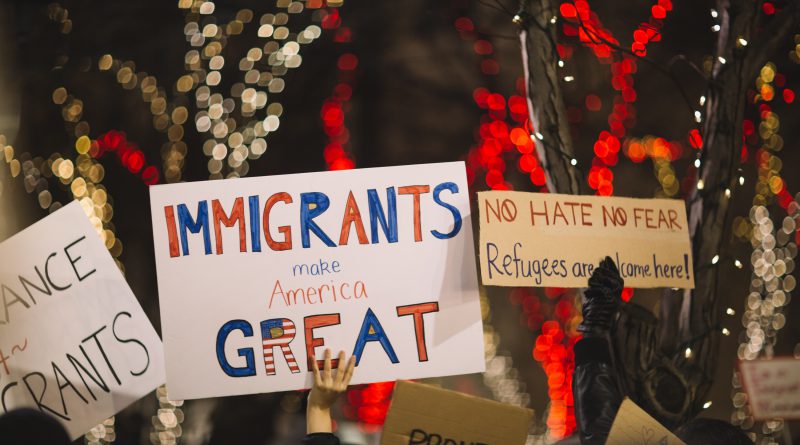 The first time I spoke to Sandra, we were both studying in the library. President Trump had assumed office five days earlier, and his string of executive orders consumed student conversations. Sandra asked me to watch her things for a few minutes, and when she returned, I struck up a conversation.

“What is your major?” I asked. “Political science,” she said, pushing her round glasses up her nose.

She told me she wants to study law and work as an immigration lawyer. When I asked why, Sandra began to tell me about her life.

When Sandra was young, her father received a visa to work in the United States. Desperate to give his children a chance at a good education, he broke the rules and brought Sandra and her two younger brothers from Guatemala to the United States. Tragically, Sandra’s middle brother died in a car accident a few years later. But her youngest brother is doing well. He married an American woman, gained citizenship, and now serves in the US Army. “He loves this country and risks his life to protect it,” she told me with pride in her voice.

Sandra is undocumented and studies at Boston College under DACA, or Deferred Action for Childhood Arrivals. DACA provides temporary protection from deportation to undocumented immigrants who entered the United States as children. She volunteers at a homeless shelter and teaches English to other immigrant students. Now, she is afraid that DACA will be revoked under President Trump.

Sandra’s parents are a source of worry, too. After her family arrived, her father met a woman and had two daughters. Sandra is close to them. “We bond very well,” she said. But her father has since been sent to prison for serious crimes. Her voice broke when she said, “He might be deported after his release.” Sandra, her brother, and her two American sisters would be devastated to lose their father, and Sandra suspects she couldn’t get back into the United States if she traveled to Guatemala to visit him. Meanwhile, her mother, who remains in Guatemala, “feels like a stranger.” Their stilted phone calls make it hard to bridge the time and distance.

“I feel like an outsider and insider at the same time,” Sandra told me. To her childhood friends and family in Guatemala, she is an outsider living in the United States. To many in America, she does not really belong—she is an immigrant; worse, an undocumented one.

I could relate to Sandra’s feelings about her adopted home. I am from Ghana. I came to the United States to pursue my doctorate. I have papers and I never worry about being sent back to my home country, as Sandra does. But I worry about race. In the United States, race shapes your identity, confers an institutional and social status, and determines whether and where you belong. Whether I am among Black or Latino communities in Roxbury, or among Ghanaian immigrant communities in Worcester, I identify as Black. Yet, Black immigrants and African Americans exist as different groups in the United States, each subject to their own forms of exclusion.

Throughout his campaign, Trump spit racial animus from the stump and painted images of inner cities inhabited by people of color as hell. Mexicans have been labeled rapists and criminals. Muslims have become targets of a shifting and ever more restrictive immigration policy. As a Black foreigner, I have a foot in both camps—I am not a citizen, but my legal status here feels secure at the moment. Sandra’s story made me realize my own privilege, that I have the luxury of going back home if I so choose. I too struggle with belonging.

President Trump argued on the campaign trail, on Twitter, and in the text of executive orders, that banning certain foreign people from the United States promotes security. Trump has sold such policies on the idea of keeping America safe and secure. In the process, he has stripped Sandra and me of the right to feel and want safety and security. Sandra helped me remember the complexity of most immigrants’ stories—not good or bad, but deeply affecting and emotional. I was reminded of our shared humanity.  What America stands to lose in the next four years is not security, as Trump claims, but its willingness to accept nuance and remain open to conversations about difference, like the one Sandra and I had in the quiet hours of our school library.

Christian Asante is from Ghana. He is now a first year doctoral student at Boston College, Lynch School of Education, and previously studied environmental biology in Saskatoon, Canada.