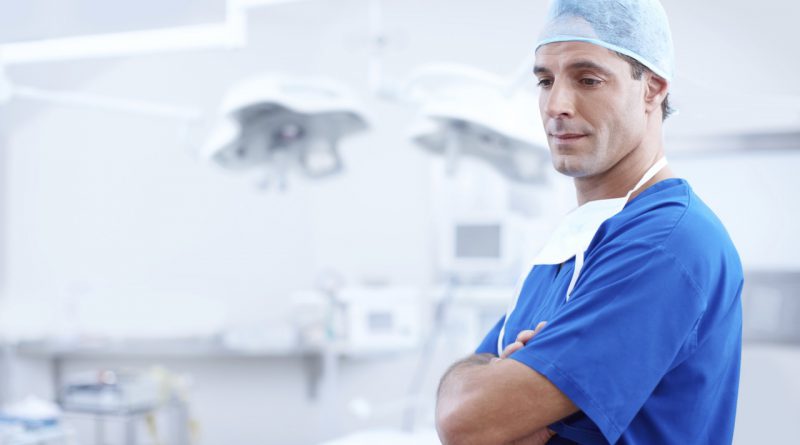 Republicans are trying to seduce us by promising lower premiums and removal of the individual mandate. No longer will Obamacare encroach on personal freedom and financial stability, they boast. But let’s not be fooled by the ACA alternatives we’ve been seeing from the Hill. These plans are no better for us. In fact, they are worse.

I share this insight as a physician and policy maker in-training. In this role, it is my duty to identify, mitigate, and manage threats to patient health and wellbeing. Sometimes, these threats are obvious – say, a heart attack, pneumonia, or financial hardship imposed by exorbitant medical bills. But at other times, I must rely on my training to detect more subtle health threats, like heart murmurs, hypertension, and “continuous coverage” clauses in healthcare bills.

That last threat may sound unfamiliar, but continuous coverage provisions have shown up in the Republican Party’s most prominent healthcare proposals, including Tom Price’s “Empowering Patients First Act” and Paul Ryan’s “Better Way for Healthcare.” Continuous coverage clauses mislead us into thinking we will be guaranteed insurance at low market rates. But the catch is if there is a lapse in coverage lasting more than two months, then insurance companies can hike up the price of the policy without any stated cap. Furthermore, insurance companies will be allowed to deny coverage for pre-existing conditions during the first 18 months of a new contract, a short-sighted prioritization of premium prices over quality care.

Continuous coverage provisions aim to fulfill the same objective as the ACA’s individual mandate; both policies induce young and healthy people to buy insurance. The participation of these sprightly citizens helps to pay for and offset the large, costly claims of the ill and old, thereby lowering premiums across the whole population.

But there is a striking and dangerous difference between the policy nudges in Obamacare and those in Republican plans. While the ACA’s individual mandate taxes us if we opt out, the continuous coverage clause would punish us at a point when we are trying to opt in.

For any of us, the cost of re-gaining insurance following a temporary lapse could be so high that we would not be able to afford new coverage. For the quarter of us with a pre-existing condition, the 18-month exclusion period would force us to pay full price for care related to that condition. And this added cost would be piled on top of our already hiked-up premiums. For example, patients with Type II Diabetes, a disease that affects 30 million Americans, would have diabetes-related costs of approximately $12,000 during an exclusion period. These patients could join what Republicans are calling “High Risk Pools” for pre-existing conditions, which would provide little more than catastrophic coverage with high deductibles.

Even those Americans who are neither sick nor poor at the moment could be adversely affected by Republicans’ continuous coverage nudge. The need for acute or chronic medical care is impossible to predict, and financial health is likewise uncertain. As Sendhil Mullainathan, a Harvard Economist, and Eldar Shafir, a Princeton Cognitive Scientist elucidate in their book, Scarcity, none of us is immune to the sorts of mistakes that cause insurance lapses. Citing studies from a variety of fields, these experts explore how financial and emotional stress leads to difficulty performing tasks, like paying bills and making deadlines. This happens because the more tasks we are responsible for doing, the fewer we are able to do well.

What does this mean for healthcare reform and for Americans’ wellbeing? Changing jobs, moving, launching start-ups, and filing for divorce are all occasions where even the healthy and wealthy might need a new insurance plan but would be limited in their capacity to meet this need. In the face of these major life events, anyone could have limited cognitive bandwidth, making all citizens prone to unintended breaks in coverage.

So far, Republican leaders have narrow-mindedly focused on alternatives that seem better than Obamacare. And, at first glance, their continuous coverage clauses do appear benign. But their proposals won’t shepherd us to safety. They’ll push us off a cliff.

Perhaps the continuous coverage provision would be less dangerous if we were to de-link insurance from employment, as changes in job status are among the most common reasons for breaks in coverage. Unfortunately, Republicans are unlikely to pursue this sort of reform, because, even if premiums were lowered in an absolute sense, patients would feel as though they were higher; costs would come visibly out of our wallets instead of being paid for invisibly by employers. An alternative way to make continuous coverage clauses more humane would be having insurance as our default status in America. This won’t happen either; Republican leaders have consistently opposed universal coverage.

Because the Republicans’ objective appears to be seduction, not protection, it is hard to believe they will take the necessary steps to keep Americans covered. To my medical eye, the replacements we’ve heard about thus far would harm more individuals than anything we’ve experienced in the ACA. If you would like a second opinion, I’d be happy to refer you to another specialist. But most doctors agree: health policies should facilitate insurance coverage, not discourage it.

Maggie Salinger is a student in medicine and health policy at Harvard Kennedy School and Emory Medical School.