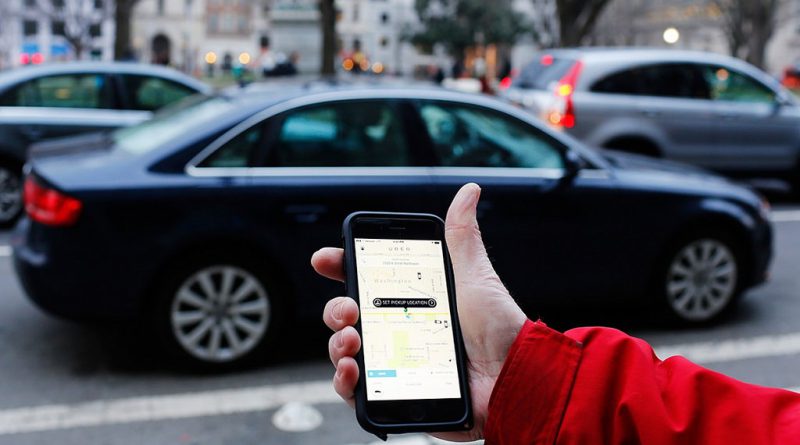 Why Uber and Lyft joining the fray was just good business, and why activists should consider lessons about businesses’ competitive environment and customer pressures.

In an highly polarized political moment, where Super Bowl ads feature thinly-veiled references to policy, and corporate leaders of all kinds are attempting to find appropriate responses to the controversial executive orders of Trump’s first weeks in office, Uber was one of the most visible targets of the engaged resistance. On the evening of Saturday 1/28, a viral #DeleteUber campaign sprung up, with proponents urging friends to delete the app as a protest.

Initially, the hashtag was born to encourage deleting the app after Uber did not suspend service during protests at JFK, even though the New York Taxi Workers did. Activists accused Uber of acting in support of Trump’s ban and of seeking to profit off the protests.

As the hashtag took off, reasons for deleting varied—including driver treatment and CEO Travis Kalanick’s participation on Trump’s business advisory council. Uber’s main competitor, Lyft, responded quickly, adding fuel to the fire by committing to donate $1M over four years to the ACLU as a clear response to Trump’s immigration restrictions and the scrutiny facing Uber.

Evan as critics pointed out that Uber didn’t necessarily do anything wrong and that Lyft is not free from affiliation with Trump, the mass deletions (apparently reaching 200,000 users) appear to have had a significant enough impact on Uber. On Thursday, following Facebook posts by Kalanick—in which he promised $3M from Uber in legal assistance to drivers impacted by the executive order—and emails from Uber to deleters stressing shared views on immigration, Kalanick stepped down from his advisory role.

At first blush, #DeleteUber is a parable about the power of a united activist community harnessing consumer demand to hold businesses accountable. But in reality, this dose of political action and conscience is just good business for Uber, and lessons for activists may not generalize; not every boycott sees such quick results and impact. The lessons for activists are more tactical and require diagnosing what went right.

1.) Nature of competition between Uber and Lyft: Uber and Lyft are competing, desperately, to capture users and achieve higher market share, and the product they offer is essentially interchangeable. Competition for share in a context with this lack of differentiation means that Lyft’s $1M over four years is a tiny price to pay to steal 200K users (or more) from Uber. For Uber, the risk of losing these customers is too great to justify formal affiliation with Trump’s administration. For growing companies like Uber that are not consistently cash-flow positive, metrics like number of users are a very important way of demonstrating proof of concept.

2.) Desperation of the moment: Activism is at a fever pitch following Trump’s election and his rapid pace of executive order output in the first weeks. Self-identifying resistors are clamoring for productive, impactful things to do, and thus #DeleteUber emerged at just the right time to take off and spread immediately.

3.) Characteristics of customer base: For Uber and Lyft, riders are concentrated in cities and are more likely young and more likely liberal. The potential downsides of rejecting affiliation with Trump and his executive orders are low for companies with these kinds of customers.

4.) Low “cost” of the boycott: Deleting Uber is easy—it’s instant, on your phone, and requires almost no change in behavior or consumption, as Lyft is essentially a perfect substitute for Uber. It’s the perfect low-effort protest for the slacktivist set. Unlike boycotts that require sustained behavior change, deleting is a one-time move, and its impact was immediately felt as Uber watched real-time data.

5.) Uber lost control of the narrative: Following Saturday night’s activities, #DeleteUber went viral despite Uber’s best media and outreach efforts. The rapid evolution in the rationales for deletion reflect that there was little Uber could do to stem the tide. Moreover, Uber has lost the public opinion battle many times before, facing scrutiny for high-profile alleged indiscretions (including ignoring cease-and-desists, spying on customers, and bearing lawsuits brought by contract worker drivers). For many users, this fit into a larger pattern and became the straw that broke the camel’s back.

Clearly, this set of factors is not always in place, but the example does provide insight into how activists can think about aligning campaigns around context, customer, and business dynamics. Activists should seek to understand their moment in time and target companies in vulnerable competitive positions that may be susceptible to protestor pressure in order to win more victories. Maybe for protestors, it’s time to get down to business.

Reilly Kiernan is a second year student in the joint MPP/MBA at the Harvard Kennedy School and Harvard Business School. Before Harvard, Reilly was a nonprofit consultant at the Bridgespan Group, working on strategic philanthropy, education, health, and multi-service organizations. She graduated from Princeton University in 2010 with a major in Sociology and minors in Urban Studies and American Studies. She is interested in opportunities for impact across sectors, social justice, organizational effectiveness, and the role of social sector intermediaries.