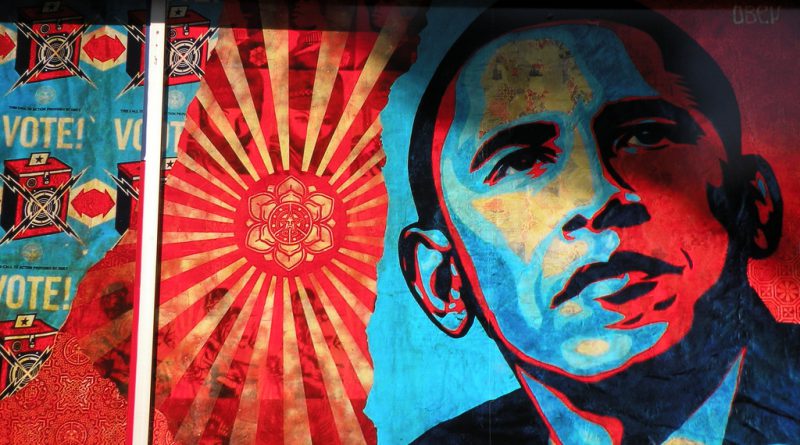 Throughout his tenure as the 44th President of the United States of America, Barack Obama has changed the sheer fabric of government business, and has been deemed the ‘Startup President’ for using the tech sector as an asset, and the ‘Climate President’ for driving global outcomes to combat climate change – all with a global focus. However, in his farewell address on January 10, 2017 the ‘Global President’ spoke primarily on domestic issues, including race conflicts, homegrown terrorism, political participation, same sex marriage, unemployment rates, and economic prosperity for the people of America, all encapsulated within the key narrative of patriotism. It may be the case that President Obama now understands that, alongside the other colloquial titles offered to him, he was missing a very important one: the ‘Domestic President’.

From the beginning, Obama’s presidency was globally focused. He entered his presidency on the brink of the Global Financial Crisis, he understood the challenges in the Middle East, he believed in and looked to make an impact on climate change, and actively advocated for technological advancements at numerous global forums, all with the understanding that globalization will take the world further. However, it was very late in his presidency that he realized the impact of his advocacy; that, in fact, globalization was not a ‘one-size-fits-all’ situation. In November 2016, in his last trip to Europe as President, Obama’s realization was apparent:

“The same forces of globalization and technology and integration that have delivered so much progress, have created so much wealth, have also revealed deep fault lines … that this global integration is increasing the tendencies towards inequality, both between nations and within nations, at an accelerated pace”.

Nonetheless, Obama has not been wrong in his longstanding sponsorship of globalization. In fact, if he was able to tangibly bring the American people along with his idea of progress, the advancement of his country would be much better for it. Obama understood that globalization, and its inherent ability to move beyond the nominal scope of Westphalian sovereignty, opens new challenges for the future of the United States. Globalization places the definition of sovereignty itself into question, and the associated increase in the ease of movement and communication leads to doubt the emphasis placed on the lines of a map. Former Secretary of State, Henry Kissinger, in ‘World Order’, provided a contemporary perspective of how the world is in a necessary limbo:

“The contemporary, now global Westphalian system – what colloquially is called the world community – has striven to curtail the anarchical nature of the world with an extensive network of international legal and organizational structures… The system of states now encompasses every culture and region”.

These changes in multilevel relations result in the disaggregation of the state in the international sphere and increased interdependency amongst states. It extends beyond the notion of borders to consider collaborations that sit across state-based and international organizations, alongside non-state actors, to deliberate on common ground contributing to the public good. President Obama too believed in this collaborative approach. In his June 2016 address to the Parliament of Canada, Obama said, “for those of us who truly believe that our economies have to work for everybody, the answer is not to try and pull back from our interconnected world; it is rather to engage with the rest of the world, to shape the rules so they’re good for our workers and good for our businesses.”

However, the failure to articulate his vision effectively left a populous as disconnected as it has ever been, driving the rise of a collective protectionist army across the world. As the leader of the free world, his focus on global issues led many to wonder about America’s place in the world today. While there may have been a general consensus of the betterment of society at large through globalization, the immediate impact was often not mentioned. Given Obama’s roots as an organizer, this was an unfortunate misstep on his part. The future holds many unanswered questions, and a serious concern as to whether globalization will slow to such a point that it will regress mankind. Though there is wise hope in the words of former Secretary of U.S. Treasury, Robert Rubin, when he said, “We can try to slow globalization, but we can’t stop it.” In a post-truth world, we just need the audacity of hope to believe this is true.

While it may be argued that Obama often saw too far ahead, leading him to forget to feel the ground under his feet, his connection to family has kept him grounded. From 6:30 pm table dinners with his family, crying at his daughter’s graduation, to his overt affection towards the first lady, his mind may be reaching beyond the scope of the mundane but his heart is what makes him one of the most grounded big picture leaders of our time. Time will only tell whether the leader of the free world can be both a global and a domestic president, or whether the two roles are asymptotic.

Charlie Shandil is a student at the Kennedy School of Government at Harvard University currently completing his Executive Certificate in Public Leadership. He is an executive at the Australian Federal Government where he has worked across operational, policy, and corporate areas.