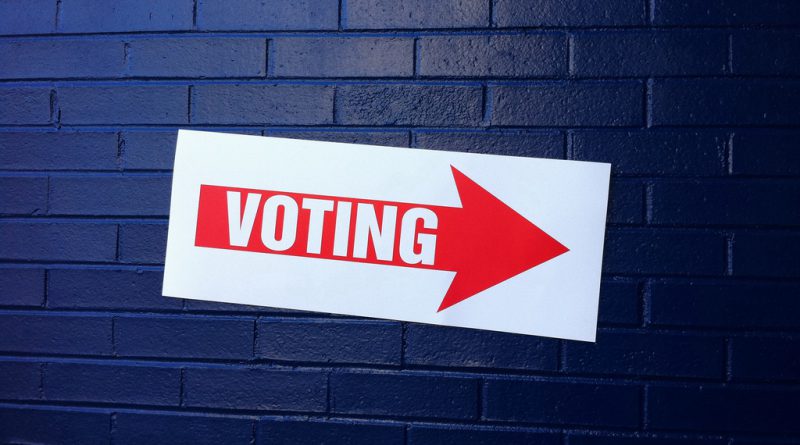 President Trump continues to struggle to accept his popular vote loss. He again made headlines last week, repeating unsubstantiated claims of massive voter fraud. Although absolutely no evidence supporting his claim exists, President Trump has vowed to open an investigation into the matter. His claims distract from the real election issues facing states across the country. For his part, Vice President Pence intentionally conflated voter registration errors with fraud, providing insight into how the investigation will validate President Trump.

The administration’s continued attacks on the election system threaten to undermine the legitimacy of the government. Congressional Republicans, who ran on a platform of checking executive power, need to intervene to defend American elections. By rejecting unsubstantiated claims of voter fraud, clearly decoupling fraud and voter registration errors, and focusing on addressing real issues faced by the U.S. electoral system, Republicans can work with Democrats to improve the quality of the U.S. electoral system and still claim a victory in improving electoral integrity.

Aspects of electoral security (excluding voter identification) remain woefully unaddressed. Many media outlets reported in advance of Election Day that voter registries and electronic voting machines could be subject to hacking by foreign governments looking to influence outcomes. Further, President Trump’s refusal to unconditionally accept the Director of National Intelligence report on Russian involvement in presidential election has prevented Congressional action. Regardless of the president’s acceptance of intelligence community conclusions, lawmakers from both parties can realize the risk posed by foreign interference in U.S. elections. Advocating for and supporting states in adopting additional election safeguards would allow Republicans to trumpet a quick legislative victory and address concerns that they’ve turned a blind eye toward Russian meddling. State governments largely lack the expertise and resources to aggressively address these problems, and need bipartisan Congressional action to provide funding to adopt measures meant to prevent and mitigate hacking threats. Such action would concretely improve electoral integrity.

Lawmakers should also clarify the role of recounts and audits in elections. These tools are meant to detect and identify fraud or technical failure when it occurs, but have become politicized. Republicans and Independents alike requested recounts in 2016, and numerous advisors suggested the Clinton Campaign do the same. As a result of the partisan nature of these requests, the recounts became highly politicized processes, and they shouldn’t be. No candidate should have to request or pay for a recount.

Post-election audits should occur immediately after every election to ensure that technology functioned correctly and that the election proceeded fairly. Although these audits (in contrast to full recounts) cost states relatively little as they rely on random samples to confirm election results, 17 states don’t have post-election audits. Both parties gain when a timely audit quickly reinforces reported election results. All states should be required to perform post-election audits and establish legal guidelines that trigger full recounts, as well as decide what happens in a case of massive technological failure or foreign interference. These measures can only improve the security and trustworthiness of the process.

Finally, every state should have a voting system that produces a reliable paper trail. In 2016, a full 15 states used systems that at least partially lacked a paper trail. This figure demonstrates how little states have done to meaningfully safeguard their electoral systems. An election that occurs without a paper trail makes verifying results challenging or impossible and inhibits audits and recounts, an important reason why some states don’t perform routine audits. As a result, investigating and proving fraud or a technological error becomes difficult and politically fraught. In many ways, filling out a paper ballot by hand may do more to prevent foreign interference than any electronic system. A foreign government can’t hack a paper ballot. In a time when foreign governments and actors have made concrete efforts to discredit the U.S. election system, no voting should occur without some type of paper trail. Many countries across the world, and some states, have adopted voting machines that produce a paper printout of the voter’s ballot, allowing the voter to verify that the machine recorded their vote correctly. These voter verified paper audit trails (VVPAT) should be more widely adopted in the U.S. and Congress should provide funding for all states to change to systems produce paper trails.

President Trump’s investigation will fail to turn-up massive voter fraud just like a similar effort during the Bush Administration. While many Congressional Republicans have already openly questioned the President’s claim, they need to make it clear that “voter fraud” and the various election administration challenges highlighted above are not conflated. A failure to truthfully evaluate the issues facing our election system will threaten to undermine the legitimacy of the entire U.S. political system and make voting and voting rights into an even more partisan issue that further divides the country. Republicans in Congress can easily avoid that outcome by working with Democrats to fund improvements in electoral administration.

James Pagano is a first-year Master in Public Policy student at the Harvard Kennedy School, and an associate editor at the Kennedy School Review. He previously worked at Democracy International (DI) and the National Democratic Institute (NDI) on a series of international programs aimed at improving the administration of elections and the quality of democratic governance.