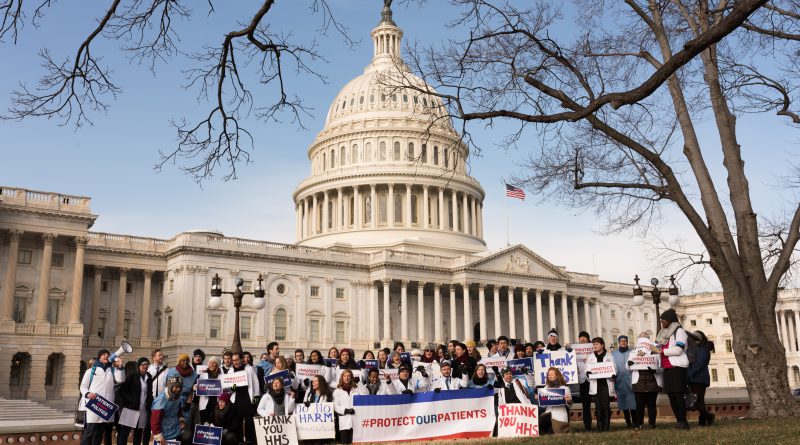 Congressional Republicans have vowed to repeal the Affordable Care Act (ACA) as their first priority in the new Trump administration. Even before Trump takes office, the Senate and House have voted to initiate the process to gut major parts of the law commonly referred to as Obamacare. Following the 2016 elections, Congressional Republicans declared a “repeal and delay” strategy rather than their touted “repeal and replace” approach. Repeal and delay would be detrimental to the well-being and very lives of Americans; further, it would damage the health care delivery system and weaken the U.S. economy.

Repeal of the ACA without replacement would result in a drastic increase in the number of uninsured Americans: by 18 million in the first year alone, and 32 million over 10 years (roughly 10 percent of the current U.S. population).

The proposed partial repeal has profound and far-reaching implications. It would remove the individual and employer mandates, Medicaid expansion, and advanced premium tax credits for private marketplace insurance. Non-budgetary parts of the law cannot be altered through budget reconciliation, the process by which Republicans plan to partially repeal the law with a simple majority. The requirement that plans cover essential health benefits and the prohibition of using pre-existing conditions to determine plan eligibility and cost would remain.

Thus, a partial repeal would create a private individual market in which insurers would be required to cover all individuals who apply, with the same level of benefits. At the same time, individuals who are healthy would be dis-incentivized from enrolling in plans, due to the elimination of subsidies and the individual mandate. The predicted result is a “death spiral” of the individual private marketplace: healthy individuals would leave the risk pools, the remaining members would be increasingly sick, leading to an unsustainable increase in claims and premiums, further pushing the relatively healthy out. Before long, the non-group individual private marketplace is predicted to collapse.

This means that even individuals who had insurance before the ACA would lose coverage, including small business owners and self-employed individuals who aren’t eligible for subsidies. This explains why the estimated number of uninsured with ACA repeal would surpass pre-ACA levels of uninsured.

An ACA repeal without replacement would also significantly shift costs to states, to hospitals and other providers, and ultimately, to patients. Moreover, 2.7 million jobs–nearly the same number of jobs gained nationally in 2016—would be lost. The majority of the jobs lost would be outside of the healthcare industry in fields such as retail trade, finance, and construction.

Were the ACA to be cut, so would significant federal funds to states: a loss of $1.5 trillion in gross state products. At least five of the sixteen Republican governors have publicly expressed concern about the fiscal impact that ACA repeal without replacement would have on their states’ budgets, economies, and healthcare delivery.

Ultimately, patients would be worst hit: repeal will push costs to individuals and families through the roof, and turn staying healthy into an insurmountable financial burden for many. The CBO estimates that premiums in the private non-group market would increase 20-25 percent relative to current ACA projections in the first year alone and would double in the next 10 years. For those 32 million who lose their health insurance, the total costs of paying for health care while uninsured has not been estimated but is assumed to be enormous.

Insuring individuals is known to save lives. Research on the impacts of the ACA has found a decrease in self-reported fair or poor health and in activities limited by health, and an increase in screenings, glucose testing, and regular medical care. Studies of the Massachusetts health reform, upon which the ACA was modeled, showed a reduction in all-cause mortality.

There would likely be a political cost to Republicans if they do not repeal the ACA as promised throughout the past seven years. But 75 percent of Americans don’t want the ACA repealed without replacement. All major parts of the law, save the individual and employer mandates, are viewed favorably by a majority of Republican respondents.

To be sure, the ACA is far from perfect. Even under the law, 28.5 million were uninsured at the end of 2015. Due to the exit of several private plans from the state marketplaces, 21 percent of individuals will live in single-insurer counties in 2017, even assuming no changes to the ACA. But instead of repeal and delay, the ACA can and should be amended, just as legislators have made changes to Medicaid and Medicare dozens of times since the programs’ creation in 1965.

Drawing from policies proven successful in strengthening the Medicare Advantage program, Congress should pursue the following recommendations. To stabilize the private marketplaces reinsurance and risk corridors, programs to offset insurance losses and the costs of high risk enrollees, should be made permanent. These programs expired at the end of 2016 under the ACA, but states like Alaska have successfully instituted them past their expiration. Moreover, the federal government could increase subsidies and/or the penalty of the individual mandate to further incentivize participation of younger and healthier individuals in the marketplaces, helping to stabilize these risk pools.

Getting rid of the ACA and waiting to start from scratch would wreak havoc on insurance markets, healthcare delivery systems, and patients. If Republicans continue down the path of repeal and delay, there will not just be economic and political fallout, the costs will be borne by people’s bodies.

Ann Crawford-Roberts is a fourth-year medical student at the Icahn School of Medicine, currently pursuing a masters in public health at the T.H. Chan Harvard School of Public Health. She is a co-founder and national organizer of Protect Our Patients, a grassroots movement of healthcare providers working to protect healthcare access for their current and future patients.

Sidra Bonner is a fourth-year medical student at University of California-San Francisco School of Medicine, who is currently studying Health Policy at the Harvard T.H. Chan School of Public Health. She is a co-founder and national organizer of Protect Our Patients, a grassroots movement of healthcare providers working to protect healthcare access for their current and future patients.