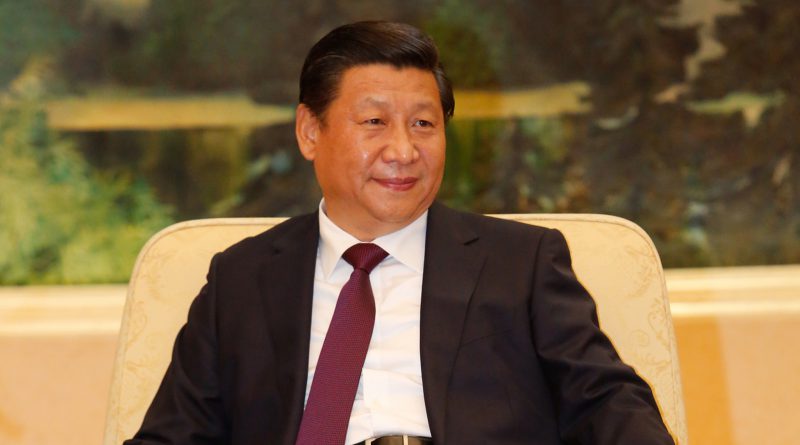 In Europe, when the daughter of an aristocratic family reached the age of maturity, a debutante ball was traditionally the perfect occasion for a girl to present herself to the society as an adult. On Tuesday, January 17, President Xi Jinping became the first Chinese head of state to address the World Economic Forum in Davos, Switzerland. Many saw this week’s World Economic Forum event as China’s debutante ball on the global stage. However, such an analogy misses the point.

China needs no introduction to the world

China has been shaping the global economic order for more than three decades. China’s economic influence has largely gone unnoticed due to its tao guang yang hui, a “low-profile” foreign policy strategy prescribed by its former leader Deng Xiaoping. Ever since 1978 when China re-introduced market principles into its economic life, the country has projected a profound influence on the global economic order.

The Millennium Development Goal (MDG) “to eradicate extreme poverty and hunger” would not have been possible without China’s economic success. Between 1978 and 2015, China lifted more than 800 million people out of poverty. While some parts of the world are still plagued with extreme poverty, China not only managed to feed one fifth of the world’s population, but also reaped the demographic dividend by putting its population to work.

China managed to move more than 400 million people into urban cities in the past three decades, in what is likely to be the largest rural-urban migration in human history. China has successfully plugged its population into the global value chain and positioned itself as the world’s second largest economy.

Chinese entrepreneurs have done the introduction on the country’s behalf

Davos is too late to host China’s debutante. It is hard to pinpoint a specific event as China’s debut, but Chinese entrepreneurs have been paving the way for the country’s ascension. Products “Made in China” are constantly evolving and gradually climbing up the global value chain. This is evident in the lineup of the entrepreneurs accompanying President Xi to Davos. These world-class entrepreneurs include Alibaba’s Jack Ma, commercial property group Dalian Wanda’s chairman Wang Jianlin, and telecommunications company Huawei’s chairwoman Sun Yafang.

Chinese entrepreneurs will follow the lead of President Xi and are widely expected to speak out in favor of globalization. When China’s Wanda acquired AMC Entertainment in 2012, the world did not yet know China’s powerful ambitions. When Huawei overtook Ericsson to become the world’s largest telecommunications equipment manufacturer in 2013, “Made in China” was no longer the synonym for the cheap, inferior and unfashionable. When Alibaba made history in 2014 by staging the world’s largest initial public offering, it introduced China to the world by ringing the bell at the New York Stock Exchange.

Davos is about more than just business

In Davos, President Xi’s talking points echoed beyond business. The World Economic Forum provides a platform for the Chinese president to reassure the world of its commitment to advance globalization and economic integration.

China’s ascension to the center of the global stage is not without controversies. Its growing economic and political clout unsettles the incumbents like the U.S. and the EU. However, contrary to popular opinion, China started out working within the existing international economic order.

It has been painfully slow for the incumbents to accommodate China’s rising economic influence. Back in 2010, the International Monetary Fund (IMF) proposed financial and structural changes, which would increase China’s voting power. However, for five years, the U.S. Congress delayed its voting on the IMF reform package. By the time Congress finally approved the reform package in 2015, China had already moved on to its One Belt One Road (OBOR) initiative.

In Davos, President Xi proclaimed his signature foreign policy project: the OBOR trade-and-infrastructure initiative. It encompasses everything from business development to cultural exchange throughout seven key regions: Africa, Central Asia, Eastern Europe, the Middle East, Russia, South Asia and Southeast Asia. It is massive in size and expensive in price. The total package, estimated at $4 trillion in cumulative investment, includes the establishment of the $100 billion Asian Infrastructure Investment Bank, the $100 billion New Development Bank, and the $40 billion Silk Road Infrastructure Fund, all of which will enable China to exert leadership in its sphere of influence.

This year’s World Economic Forum in Davos is not China’s debut—China has already asserted itself as a major global player—but Davos is still an important moment for China and its President. Amidst China’s recent economic slowdown and the world’s growing anxiety about the South China Sea, President Xi needs a microphone to reassure the rest of the world that China is still business-friendly and open to investment.

As Brexit moves forward and President Trump takes office, Davos Man needs a new hero and looks to China for support. At the World Economic Forum, President Xi made a strong case for China’s leadership in defending globalization and opposing the new wave of isolationism. President Xi reaffirmed, rather than challenged, China’s commitment to the progress of globalization and economic integration.

There is no doubt that President Xi can make the world listen. The real question is whether the world will follow.