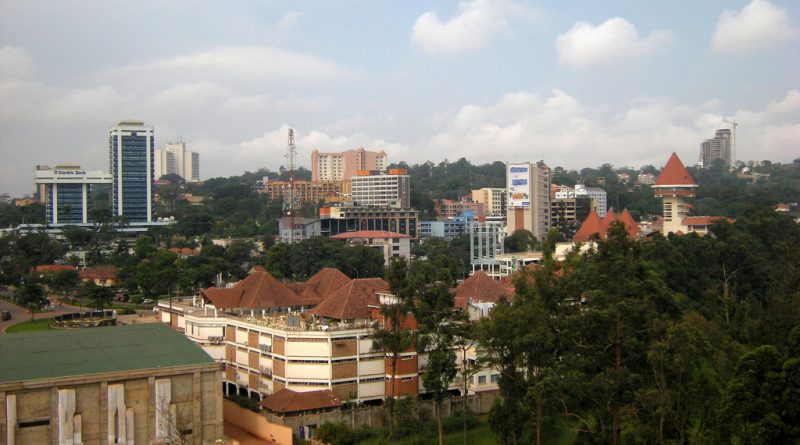 A World Bank country manager referred to Uganda’s progress in reducing poverty as “an African success story.” This was a common refrain a decade ago, when extreme poverty fell sharply and the HIV epidemic ground to a near halt.

Uganda’s income inequality is now among the world’s starkest. Its Human Development Index score—a more multi-dimensional view of poverty—is the same as Haiti’s, and well below the average for sub-Saharan Africa. Life expectancy in Uganda is a full decade less than Iraq’s, nearly nine in ten Ugandans cannot connect to the Internet, and a quarter of the population lives on “severely degraded” land.

2016 was also the year that Yoweri Museveni, one of the continent’s longest-ruling autocrats, secured the presidency again after putting his opponent on trial for treason (the EU’s election monitoring mission declared the elections neither free nor fair). The Global Fund to Fight AIDS, Tuberculosis and Malaria discovered that the country had plundered millions from the fund (again), while Transparency International placed Uganda near the bottom of its corruption index.

None of this is new to the World Bank; its own sober assessments this year documented “widespread deprivations.” And yet rather than reconsider things—that perhaps the $16 billion in foreign aid poured into Uganda over the past decade isn’t panning out as planned—the development industry is doubling down. This year, the Bank approved $1.6 billion in loans. A recent announcement that it would pause new lending would seem positive, were it not for the given reason: Uganda’s suboptimal “absorption capacity”—development-speak for not spending money quickly and efficiently enough.

Uganda raises an old question: does the external financing of autocracies bring about desired development outcomes?

The question feels especially pressing now given the globe’s autocratic trends. Freedom House’s annual global freedom analysis found that over the past decade, countries with net declines in their aggregate score (i.e., those becoming less free) have outnumbered those with net gains. Over the past two decades, foreign aid to autocratic regimes has also increased. Yet while the swell in authoritarianism feels especially fresh and minatory now, research on autocrat-financing is long-established and helpful.

The late economist Peter Bauer helpfully noted what’s sometimes forgotten: large money transfers mostly go to those in power, not to the poor. Evidence suggests that aid tends to enable inept governance among the powerful by changing the rules of the game—for example, by creating incentives for rent-seeking behavior (see here, here, here, and here), or by de-incentivizing taxation. Journalist Andrew Mwenda points out that it’s much easier to avoid antagonizing Uganda’s elites with taxes when donors are “forever willing to pick up the bill.” (The IMF’s own research details the crowding-out effect on taxation from various types of aid.)

Appreciating these incentives is easier when we remember that governments are composed of people. Instead of presuming that political elites simply act in the best interests of their countries, public choice theorists argue that officials are more likely to pursue their own narrow self-interests. For those in power, those interests typically involve staying in power. How a regime stays in power—by satisfying taxpayer demands or by securing support elsewhere—is a distinction with an important difference. While votes and taxes pressure a regime to respond to its citizens, a surfeit of free money gives governments other options.

Autocratic entrenchment at the cost of development plays out in unintended ways. In 2010, researchers found that Uganda put 57 cents less of its own money toward health for every dollar in foreign aid it received. Because aid is fungible, it frees up resources for other expenses – like fighter jets. In 2014, Uganda’s military expenditures constituted more than six times its health spending as a percentage of GDP. The phenomenon is true generally among aid-recipients: for each aid dollar received, one study found that domestic health spending decreased by $0.43 to $1.14. And of course, military spending supports regime interests, not development outcomes.

In response, the industry has tried to teach “good governance.” When the UK tied a tranche of its aid to governance programs in Uganda, the comedy was not lost on Museveni, who dismissed it as a “non-core” and “arrogant” donor priority. Nonetheless, such programs have proliferated. But do they translate into good governance? Uganda’s reform efforts have received accolades; one anti-corruption law received a ranking of 99 out of 100 by an international agency. Responding to external pressures, Uganda “looks great because of the systems and structures of its anti-corruption practices,” explains sociologist Michael Woolcock, while the system is still “demonstrably unable to actually respond constructively to that challenge.”

The development industry’s dilemma here is an old one. As evidence of failure accumulates, the status quo calcifies: when things seem to work well, it is reason to give more; when things don’t, we didn’t give enough. Either way, more aid wins. Breaking out of aid’s axiomatic logic becomes a tall challenge. While some cases seem easier to argue—the dangers of financing al-Bashir’s Sudan, or Karimov’s Uzbekistan—a truer test is questioning the support of autocracies that bask in the development industry’s praise, like Rwanda.

In 2011, a Rwandan pastor found himself in jail after speaking out against Bye-Bye Nyakatsi, a nationwide housing program aimed at modernizing rural roofing with metal sheets. Thousands of Batwa—one of the region’s most marginalized groups—were left homeless after being forcefully removed from demolished homes. A retired official commented on the government’s prioritization of its contemporary image over other considerations, like rights.

A regime dependent upon the approval of its citizens for its longevity might instead have course-corrected when the project took such a wrong turn. But not here. As with Uganda after Idi Amin, post-genocide Rwanda has enjoyed generous amounts of aid; the World Bank has nearly doubled its lending since 2013. Tony Blair called Rwanda’s president, an autocrat, a “visionary leader.” While an autocracy’s entrenchment is certainly not driven by external financing and kind words alone, are they doing more harm than good? Uganda—proclaimed a “durable success story” by the World Bank only five years ago—should be a clarion warning.

Development policymaking pleads for patience: eventually, we’re told, development will materialize, and an empowered population will hold the Musevenis of the world to account. But the bargain is a false one. It asks us to bypass rights in favor of development—to treat the social, economic, and political capabilities of a population as distinct from development processes rather than as essential properties of the process itself. When the poor are unable to vote out corrupt officials, or dispute the desirability of new roofs, large sums of money and well-intentioned advice will not suffice. The poor have rarely enjoyed durable development outcomes when governments are unaccountable to them.

Perhaps what’s needed, then, is patience of a different kind. Nobel Prize-winning development economist Gunnar Myrdal, after taking a six-week tour of Asia in the late 1960s (including countries like South Korea), concluded that its prospects were abysmal. Myrdal argued that without the West’s help, Asia would surely languish. Then rapidly, and short of much said help, the region raced forward. Yet still, development policymaking propagates the enduring belief that today’s poor countries are unable to do the same without a vast apparatus of external institutions, other governments’ money, and lots of advice. Maybe freer populations will again prove us wrong.

Grant Tudor is the founder of Populist, a nonprofit group that aims to increase the impact of products and services designed for the poor. He’s currently a graduate student at Harvard Business School and Harvard Kennedy School of Government, and a Zuckerman Fellow at Harvard’s Center for Public Leadership.