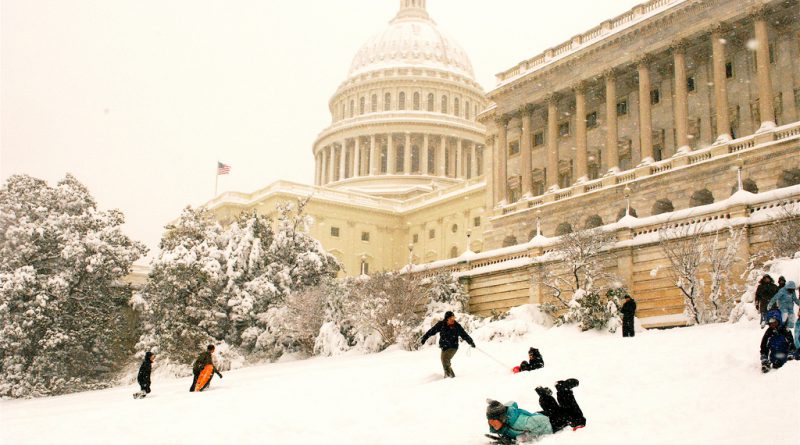 Every year around this time, when we are happiest to open our wallets, NGOs overwhelm our inboxes with slick year-end infographics. Retailers launch multi-media campaigns to push their gotta-have-it widget of the season. Nonprofits and businesses spend millions proving their worth to would-be donors and consumers. Yet from the federal government, which claims on average 20 percent of our income every year, nothing. Crickets.

President-elect Donald Trump has said that paying no taxes makes him smart, and this year, Gallup reported that 57 percent of Americans—the highest percentage in 15 years, since the 2001 tax cuts—say they pay too much in federal income tax.

These data offer a predictable indication of Americans’ interest in writing a big check to Uncle Sam. But perhaps we should re-interpret the numbers using a lens more common in the private sector: value for money. In this light, Gallup pollsters are offering up a useful insight: this year, nearly three in five Americans felt the government provided inadequate value for taxpayer money. Paying taxes just wasn’t worth it.

There’s no doubt that reducing taxes, reforming or eliminating the costliest government programs, and addressing widespread economic discontent would address some taxpayer dissatisfaction. But another option that goes untapped except in the grating campaign season is to communicate in a positive, clear way how paying taxes benefits the average American and his or her community.

In 2014, the White House created a Taxpayer Receipt calculator to show Americans how their tax dollars are spent according to the federal budget. The National Priorities Project will also generate an itemized breakdown based on the federal income tax you pay. But in an effort to provide an objective and uncontroversial analysis (and avoid major data challenges when itemizing at a more granular level), these calculators fail to translate how tax dollars are spent into tangible benefits to real people, the most digestible and emotionally compelling way to describe them.

Powerfully communicating the value of taxpaying is possible. For example, on Tax Day 2016, the government might have rightly bragged that over the last year, taxpayers’ collective contributions:

Plus, all sorts of atrocities didn’t befall us because the U.S. government had our backs. Federal intelligence, security, and information agencies worked around the clock to ensure that foreign military aggression, terrorist attacks, data breaches, food poisoning, untested prescription drugs, illegal business practices, unsafe work environments, crumbling buildings, massive runs on banks, global pandemics, and surprise natural disasters didn’t wipe us out. These agencies and systems aren’t fail-proof, of course, but it’s easy to imagine that a country without these protections would be far more dangerous for us all.

So, shouldn’t we try harder to communicate the value of paying taxes?

We should, but there are a couple of real challenges.

First, one might reasonably wonder whether these communications would evolve into unchecked government propaganda. Indeed, a 1943 animated short on the importance of paying taxes, with key messages delivered by a desperately patriotic Donald Duck, is a cautionary tale from the U.S. Treasury.

Second, it’s unclear if a federal marketing officer could generate a list of federally funded achievements that would elicit universal praise. Even my examples above are vulnerable to squabbling about whether the federal government should be in the business of providing such services, and whether those services are delivering what they promise. A debate on the role and performance of government is healthy, but counterproductive to a campaign meant to boost Americans’ opinions of taxpaying.

Despite these challenges, a marketing push that focuses on facts and accomplishments with bipartisan appeal is exactly what we need. The point is not to sell government to the American people, but to make visible the often invisible benefits of centrally coordinated and funded public services. When 8 in 10 Americans report feeling dissatisfied or angry with “the way the federal government is working” but relatively happy with their personal and family relationships, personal financial situations, careers, and work-life balance, it’s worth reminding Americans how their everyday lives are supported, in part, by hardworking Washington bureaucrats and the programs they administer.

This time next year, I’m looking to you, IRS, for a cheery New Year’s card and a fold-out data visualization of all the roads built, children insured, space explorations launched, and disasters averted because I settled up on April 15.

Marie Lawrence is Master of Public Policy candidate at the Harvard Kennedy School and an associate editor of the Kennedy School Review. She previously worked in domestic food policy and nonprofit communications in Washington, D.C., and San Diego, CA.