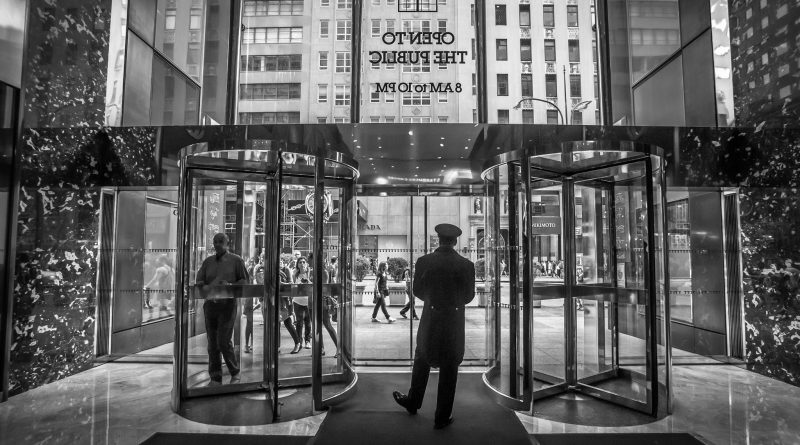 The most critical activity at Trump Tower last week was not the selection of ExxonMobil CEO Rex Tillerson as the president-elect’s secretary of state or the appearance of Kanye West for a short meeting about “life,” but a small, closed door meeting with 25 tech leaders with potentially dramatic implications for job growth, regulatory policy, and opportunity for millions.

As has seemingly become standard practice in the Trump transition, last week’s technology summit was an awkward meeting of unlikely bedfellows—the new economy very much engaging the old, and the ultimate disruptor facing the disruptor class. The Trump transition’s gathering with tech leaders came with baggage. The technology sector has been warm to President Obama but reluctant to meaningfully engage with the 2016 campaign. It consists of both a new establishment of upstarts and unicorns that has made standard practice of skirting regulation and shifting revenue abroad, and of growing companies that are the likely net job creators during the first year of the Trump presidency.

In addition to the hundreds of technology leaders who signed an alarmist Trump open letter this summer, hundreds of others launched neveragain.tech last week in opposition to the religious registries Trump alluded to during his candidacy. Although Trump reportedly does not use email, the Silicon Valley ethos now undergirds the Trump transition’s DNA in Peter Thiel, one of Trump’s closest advisors and an advocate for redistributing Silicon Valley’s wealth. The billionaire CEOs and COOs present represent much of the economic imbalance that Trump’s acolytes repeatedly attacked throughout the campaign cycle. That the early-stage Facebook investor and Y-Combinator advisor Thiel now has Trump’s ear on all matters technology and innovation is perhaps more critical to American lives than many others in his Cabinet.

In making nice with Trump, these tech juggernauts have a simple ambition: promote and broaden avenues for innovation, and ensure the growth in Silicon Valley that has remained a bright spot in the Obama economy continues unabated. As many companies still lack a significant place in Washington, the leaders in attendance have a great deal riding on Trump’s commerce, FCC, and National Economic Council selections. With Google’s new spinoff self-driving car company Waymo, Musk’s geospatial ambitions with SpaceX, and Amazon’s global goals, the companies’ growth depends on government acceptance and free flowing capital.

The Trump administration will need to address significant technology issues on the agenda, from the future of autonomous cars and the ongoing electrification of the transportation grid—transformations that challenge America’s car-bound economy, and are in conflict with many of the industry appointments and interests that funded his run. Innovation from IBM to Oracle depends on diversity, overcoming challenges with representation throughout the tech sector, and the movement of high-skilled talent to tech centers on both coasts and the heartland—perhaps an anathema to Trump’s aggressive immigration posturing.

Though Trump notably challenged Facebook and Google for supporting his opponent during the campaign, the presence of Facebook COO Sheryl Sandberg might bode well for a key element of the progressive agenda. Building an international movement around motherhood and women, Sandberg has been an advocate of family in the workplace and has stimulated serious reflection in corporate America about a new definition of work-life balance. Her place at the table along with IBM CEO Ginni Rometty reflects the challenge of breaking through the boys’ club of Silicon Valley, and is a critical recognition of female chief executives as key voices in the balance between industry and government.

Others issues discussed included government efficiency and the Obama administration’s hallmark digital governance architecture. The upper echelons of 18F and the United States Digital Service have become a sort of revolving-door for the best and brightest digital minds, and Trump would be remiss to roll back such a transformative force. Although Trump famously eschews sophisticated tools and the bells and whistles of new media, Trump’s campaign, too, quietly leveraged many of these very same social and digital organizing and fundraising mechanisms alongside the RNC to influence voter behavior. The government’s often-spotty relationship with technology leaders will mean a reset as Trump seeks to “drain the swamp” and limit the size and scope of the federal government during his time in office.

Notably absent from the meeting was Twitter CEO Jack Dorsey, whose platform has arguably provided Trump’s most effective narrative-driving tool. It is clear that beyond public pronouncements, the technologies and products that have made him so accessible to millions of adulating followers are the same that hold the key to good-paying jobs and growth in the new economy.

Some do not think this new warmth will end well. It will be critical to observe the sector’s movements over the next 30 days, and tech futures have already bounced back from their post-election drop. Facebook has already engaged ABC News and others to police fake news on its service, and others are making clear their opposition to tech’s détente. Earlier this month hundreds of leaders pledged to protect civil liberties and advance “new economy jobs” in technology and innovation beyond the Trump administration’s plans.

Though he controls the digital megaphone, Trump would be wise to play their game.