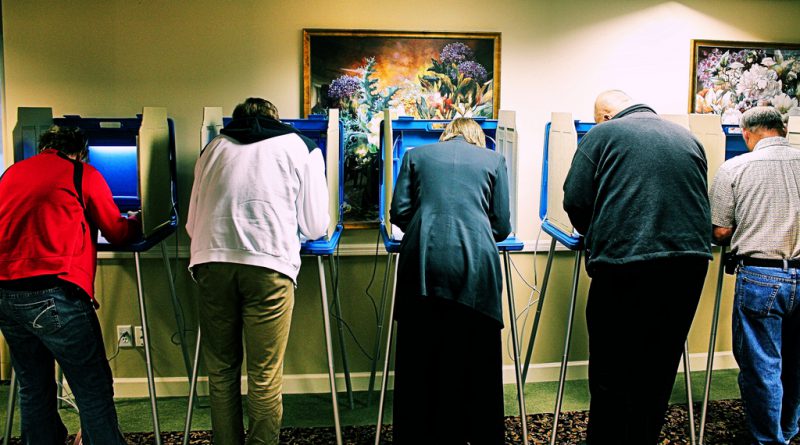 It was 9:45pm on election night. Still avoiding the news, I boarded my flight back to Boston, after several days of canvassing and protecting the vote with a team of lawyers in a coveted area of a key battleground state – Broward County, Florida.

By the time I landed in Boston, Donald Trump, disproving virtually all projections, was elected to become the 45th president of the United States. The next morning as I walked into class at the Harvard Kennedy School, I encountered looks of sheer disillusionment and concern on the faces of students representing a panoply of races, identities, nationalities, and sexual orientations. As the situation became less of a hypothetical and more of a reality, I felt a gut wrenching sense of loss mixed with an overwhelming fear that the rebirth of nativism – protecting native-born interests – had now been institutionalized.

I was born an Iraqi citizen. While I lived in the United States and Cairo for the better part of my youth, it was not until I was 16 that I was naturalized and formally became an Iraqi-American. In reality; I was torn. Taking pride in my new hyphenated identity was difficult given the hawkish U.S. foreign policy in the Middle East, especially in Iraq where crippling sanctions decimated the economy and its people. So, in 2000, when it came time to exercise my vote for the first time, I let apathy dictate my actions. The fruit of my uninformed choice was crushing, helping usher in the very administration that launched an unjustified and cataclysmic war on Iraq. I was now activated.

When the opportunity presented itself in 2004 to join Get-Out-The-Vote (GOTV) with several law school classmates, I seized the moment and traveled to Broward County, hoping to prevent a replay of the 2000 election. Consequently, we were utterly devastated when George W. Bush was reelected.

We had a choice: retreat into the shadows or work together for change over the next four years.

In 2008, the impossible became probable when Obama became the forerunner presidential candidate. I joined Obama For America to canvass in Neveda and, as a newly minted lawyer, advocated for those wrongly denied their right to vote. During my rounds in underserved northern Las Vegas, I was questioned whether I was Christian by some, and asked why we should elect a black “Muslim” president, by others.

Ultimately, “Yes We Can” overcame the prevailing divisions in the country. During President Barak Obama’s acceptance speech in Grant Park, Chicago, he regaled the crowd with the story of Ann Nixon Cooper, a 106-year-old African-American woman. He vividly described how she personified the despair of minorities, as someone who couldn’t vote “because she was a woman and because of the color of her skin.” Yet, her struggle was paralleled with the transformative impact of hope, because “through the best of times and the darkest of hours, she knows how America can change.” It was a paradigm shift for the nation and for me. At that very moment, as I looked at tears of hope in the eyes of those at Grant Park, I felt a deep sense of belonging and of pride in stating ‘I am American’.

When I was asked in 2012 to return to Broward County, to GOTV and protect voters, I didn’t hesitate. I pounded the pavement, knocking on more than 200 doors a day and meeting with people of all backgrounds who believed they were experiencing a post-racial America.

Indeed, the swell of pride I gained from my years of civic engagement and the inclusion represented by President Obama’s administration, led me to join the U.S. Department of Commerce as an International Attorney-Advisor in order to provide commercial legal reform to countless countries.

I faced the 2016 elections, however, with trepidation. While Clinton didn’t inspire the same excitement as President Obama, the alternative was unfathomable. I went again to Broward County and met with cynical white Americans, hopeful Jamaican-Americans and recent Haitian and Latino citizens, collectively concerned by the intolerance that emanated from the increasing vitriolic political campaign.

As I made my way back to the airport, after the polls closed, more than 100 million Americans, many apathetic as I once was, had stayed home, and those who voted had spoken: the country had experienced a radical transformation.

Seeing me visibly distraught, a professor said to me, “the worst thing any of us can do is to allow this outcome to shut us down.” He is right. The decision is ours as to whether we roll over and wait until 2020. Or, we can use this time to re-assess our political system, engage the voices of apparent reason that voted for Trump but don’t subscribe to his racist bombast, and build sustainable cross-racial coalitions that ensure our voices are not drowned by the rhetoric of bigotry, racism, and misogyny.

The United States has seen worse days. But we have to hope for better. We’ve been told by our current Commander-in-Chief to give Trump a chance, to try to understand his followers, and to support our union. If we have learned anything during these past eight years, it is to be more tolerant, to listen, and to work together to overcome the disunity. Out of many we are one, and active citizenry is the key societal bond and bulwark against the specter of intolerance, fear, xenophobia, and racial division: a nativist renaissance.

Hamada Dara Zahawi is an Iraqi-American, former International Attorney-Advisor with the U.S. Department of Commerce. Hamada is currently pursuing his Masters in Public Administration from Harvard Kennedy School, where he is the President of the Harvard Arab Student Association.