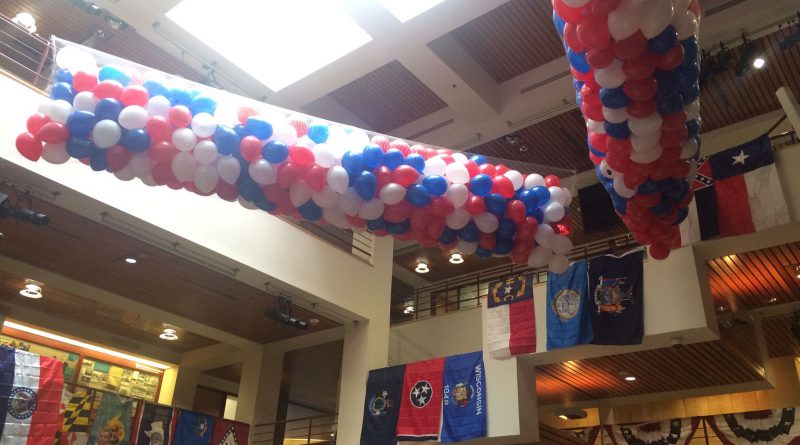 So shell-shocked are the students and faculty at Harvard’s Kennedy School of Government, according to a friend of mine, following the election of Donald Trump as the next President of the United States.

A classmate says she has “never felt so betrayed, shocked, and simultaneously scared for our collective long term future.” Another remarked that, “I haven’t felt this defeated in a long time. Maybe ever.”

The Kennedy School administration convened a “post–election healing and action meeting” for students to digest the outcome. An email was sent to the community reminding us that Harvard’s counseling and mental health services are available to those “experiencing emotional or mental distress.”

The graduate school prides itself on efforts “to promote and celebrate diversity in all forms” and many students fear that Trump’s success portends a collapse in civic norms of respect, tolerance, and equality. Outside a polling station on Election Day, a white stranger told an Asian–American student, “You’re why I voted for Trump”.

Trump’s victory is an existential challenge for the Kennedy School, which is a bastion of the liberal policy elite. I know of only two, out of a student body of over a thousand, who dared admit voting for Trump.

Many in the community believe that the public policy profession is in crisis. The president–elect exhibits disregard for policy expertise, political norms and the etiquette of governing. He appointed an alleged “white nationalist” as his chief strategist. He remains active in a multi–million-dollar business empire. He neglects diplomatic briefings before meeting foreign leaders. He refuses to grant media access or hold press conferences.

The Trump presidency presents momentous practical consequences for Kennedy School graduates. As a professor told his students the day after: the election is “a smack in the face” for public policy schools everywhere, a popular rejection of the prevailing political culture of technocratic expertise and evidence–based policymaking.

Those planning careers in federal government have seen their futures evaporate. Trump has vowed to implement “a hiring freeze on all federal employees… (exempting military, public safety, and public health).” Several of my peers are reconfiguring their professional trajectories. Many more are reconsidering their plans to pursue summer internships in the public sector.

Trump also promises to gut federal civil service laws, including scrapping the Public Service Loan Forgiveness (PSLF) scheme. Under this program, the government pays the outstanding student debts of federal employees who complete ten years of service. If Trump repeals PSLF, then students who chose to pay for a Kennedy School degree—rather than accept fellowships from other universities or remain in the workforce—face crippling debt if they take low–paying government jobs.

Dozens of other students are studying at the Kennedy School on scholarships that commit them to serve the federal government for many years after graduation, such as the Rangel and Pickering Fellowships for future employees of the U.S. State Department. Many of these fellowship recipients now despair at the prospect of serving a Trump administration (or else forfeiting their scholarship and incurring six-figure student debts).

Douglas Elmendorf, Dean of the Kennedy School, in a school-wide email, called a special “community gathering” on November 9 for those “experiencing strong emotions regarding the election.” Around five hundred people packed the school’s central atrium, the John F. Kennedy Jr. Forum. Visibly shaken, Dean Elmendorf lamented that the election campaign was marked by “prejudice and disdain for knowledge” but stressed that the world now “desperately needs the commitment to public service of the people in this room.”

While the practical logic of working for positive change within a distasteful government may be compelling, it is unlikely to sway many students who are viscerally afraid of the new unknowns in American policy making.

But hope endures. After Dean Elmendorf delivered his remarks, hundreds of red, white and blue colored balloons were dropped from the Kennedy Forum’s third-story gables in a tradition that symbolizes the end of a presidential election cycle.

Situated at the center of liberal academic, media, and policy bubbles, the Kennedy School was blind to the possibility of a Trump presidency. Hopefully we can now try to understand how it happened, what we can do about it, and why public service is more important than ever.

Neil Thomas is a graduate student of public policy at the Harvard Kennedy School. He previously worked as a researcher at the East Asian Bureau of Economic Research and the Center on China in the World, both at The Australian National University.