Home > Articles > The Trump Triumph: Looking Back and Moving Forward Together 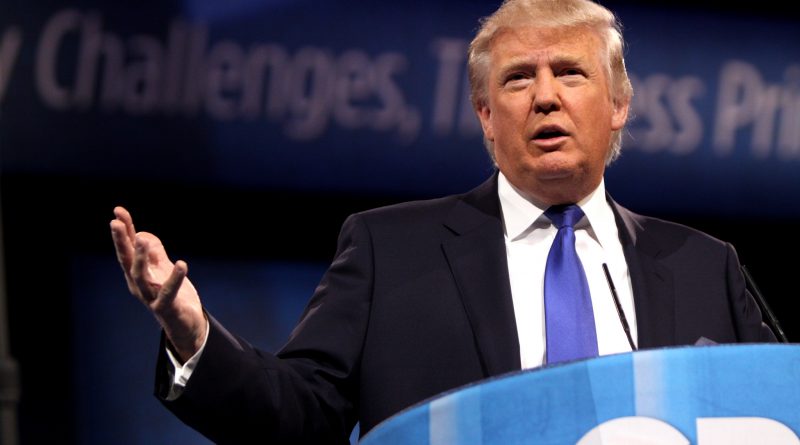 Thoroughly unexpected by nearly all on both sides of the aisle, Donald Trump defied the polls Tuesday and proved the existence of a Silent Majority, so often referenced, but whose existence is so often denied. They voted for a multitude of reasons, most of which had little to do with what the left would like to describe as moral failure. The American left would be wise not only to listen, but also engage them without condemnation.

To that end, like many Americans, I spent the day after the election reflecting on the causes, the reactions, and the path from here out. What I know for certain is that the country cannot heal if we vilify and condescend to each other. Both sides must extend a compassionate ear, find common values, and build on them, as Americans, recognizing that differences of opinion do not necessitate differences of character. And so, I offer the following as my humble contribution to the marketplace of ideas for our future.

From 2008-2016, Republicans consistently garnered about 60 million votes. During the same timeframe, however, Democrats rallied about 70, 66, and 60 million votes, respectively – a drop this year of 14% compared to President Obama’s showing in 2008. Hillary Clinton simply failed to activate an appropriate number of Democratic voters.

While the Democrats largely remain the party of minority groups in the US, Clinton’s lead with these groups eroded considerably compared with Obama’s in 2012. USA Today explains in the says-it-all headline, “Predictions that blacks, women and Millennials would not vote Trump proved largely untrue.” She lost six points with Black voters, eight with Latinos, and six with voters under 30. For all the talk of glass ceilings and pantsuit nations, the only bloc she was able to improve upon was women – by 1%. As a matter of total numbers, she still attracted fewer women than Obama.

Americans tend to vote with their wallets, their hearts, or both. President Bill Clinton famously captured fears about financial uncertainty with James Carville’s famous dictate, “It’s the economy, Stupid.” President Ronald Reagan, conversely, seized on Americans’ deep desire for a more optimistic future with “Morning in America.” Despite the insistences of the country’s elites, however, policy details rarely sway elections, and policy-savvy politicians are unlikely to succeed on these bona fides alone. Look no further than the failed candidacies of Senators Al Gore and John Kerry for evidence of the effectiveness of the 12-point policy plan.

Hillary Clinton was considered by many to be the most qualified candidate to ever seek the office, but resume and expertise are simply not enough to motivate the electorate, and she was unable to resonate with enough Americans on an emotional or financial level.

Donald Trump, however, was able to achieve both. “Make America Great Again,” will undoubtedly go down as one of the greatest political slogans in American history. By harkening back to a “simpler” time, at least in the minds of many Americans, it plays on our sense of nostalgia, which tends to be rose-tinted for all of us. We remember safer streets, better jobs, and more civility, whether or not those things were actually true. Trump was the candidate who spoke to more Americans about the things they cared about – both financial and emotional. And so he won.

There are a number of Americans for whom their way of life is dying: the so-called “losers of globalization.” These Americans grew up in a world when their parents and grandparents worked hard, had steady jobs, and owned their own houses. As plants close and factories outsource labor, they are left wondering what happened. If moving an auto plant to Mexico makes cars $1000 cheaper for every American, that is little solace to someone who just lost a $50,000 job and can’t get another one. Trump represents a new breed of protectionism in opposition to free trade and globalization. While the stance is likely to alienate economists, it speaks directly to the threatened class who makes up a much larger portion of the electorate, and who, unlike more traditional conservatives, still wants the government to help ensure for them a prosperous future. Couple this with rising Obamacare premiums of up to 116%, and it is easy to see how many Americans find a better economic future with Trump’s GOP, even if it means destroying the entire political system on the way.

Among Trump’s earliest ideological victories was a declaration of war on “Political Correctness.” A friend I greatly respect once told me that political correctness is simply a big word for not being a jerk. But if that was the case, then why is there so much opposition? Is the world really just full of jerks? Hardly.

It has become increasingly vogue to dispatch ideas we disagree with as racist, homophobic, misogynistic, or otherwise “privileged.” Such labels can conveniently allow us to dispense with addressing the actual nuanced implications of the ideas and dismiss them on moral grounds alone. Sometimes these accusations are even true. Real racism and hatred do exist. And we must be honest: these people are more likely to have voted for Trump. In fact, Trump’s election has already had a tragically emboldening effect on a number of hateful people who now feel a newfound freedom to operate, spreading their toxicity apparently without shame in “Trump’s America.” But often, and long before this week, social-justice activists assign malice where none exists. The day after the election, a group of conservatives celebrating the victory with American and Gadsden flags were accused on Twitter of literally being the KKK. The tweet was shared over 50,000 times in less than a day despite being demonstrably false. The results of this sort of overzealous call-out culture are two-fold.

First, an overabundance of Type I errors results in a system that cannot be trusted. When everyone is a racist or a sexist, then the terms lose meaning. It is the real-world example of the boy who cried wolf. Trump made a number of truly sexist and misogynist remarks over the course of his campaign, but when the accusations come from the same corner that attacked Mitt Romney over “binders full of women,” don’t expect less partisan voters to fully respect the criticism.

Second, and more importantly, if you insult a person’s character, expect them to become defensive – and it’s no secret that the best defense is a good offense. A person cannot be hateful without hate. Even if a person is ignorant, uses an antiquated term, or demonstrates an implicit bias, it does not make them hateful. If they support a policy that you suspect will result in systemic racism, it does not make them a racist. In the eyes of most Americans today, especially those who do not regularly inhabit universities and have no exposure to institutional safe spaces, the word racist – like the word sexist, and other “-ists” – requires a true belief of racial superiority and hatred. For those who lived through the Civil Rights Era and the decades immediately following, a racist is maybe the worst thing a person can be called. To these Americans, to be called racist is to be called evil.

We cannot be surprised that these Americans, who mean well, are activated to reject a system which regularly denigrates them as immoral. The irony is not lost on me that many of the groups pointing fingers are, themselves, historically marginalized and oppressed by a system that has yet to fully evolve beyond the injustices of the past. The dynamic has created victims of victims. But the issues are separate. Whether or not the GOP has the answer to these injustices is a debatable point, but less debatable is whether or not the party is deliberately making them worse or governing through hatred. (They aren’t.) The rejection of PC culture is a rejection of perceived condemnation; Trump won because he made people feel comfortable with what they consider reasonable beliefs again.

If there is one lesson for the left, it is this: learn to separate Trump the man from Trump the movement.  Calling his supporters hateful (or stupid, or racist, etc.) is not only wrong, it is counterproductive. It will only reinforce the reasons they voted for him in the first place. They are actively rejecting the idea that they are hateful. If you keep insisting, they will just reject you even louder. It is a battle that can only be won through engagement: Listen. Speak. But do not judge. Judgment and isolation are what got us here.

Consider also that many voted for Trump for reasons having nothing to do with any of the above. Many conservatives – true conservatives – recognized that voting for the presidency is about more than just one person; it is about an entire administration. It is about the Supreme Court. It is about pushing back against judicial activism, ensuring strict constructionist justices are nominated. It is about securing gun rights and protecting the unborn. Even if one believes that Trump is truly an unabashed racist, if that person also believes that abortion is the literal murder of children and Trump provides the greatest shot at a remedy, can you really blame them for prioritizing the latter with a clean conscience?

Phrases like “Hate won,” or “Democracy has failed” undermine the process, the country, and the need for reconciliation. We must move forward as one. We must extend to one another love and understanding. We must support the president and his administration, for we want him to have the best team possible.

Lastly, let us remember that the true value of democracy is not in always making the best decisions.  Sometimes we get it right; sometimes we don’t. No, the true value is in the choosing. It is about legitimacy. It is about governance through the consent of the governed. It is about the right to self-determination. You may or may not be happy with the results, but in that respect, it succeeded spectacularly. Honor it.

The thoughts and opinions presented herein are his alone and are offered as nonpartisan analysis only. His content does not reflect the official views or policies of the Department of Defense, the Department of the Army, or the United States Government.

Bobbie is an active duty US Army officer and Cavalryman by trade.  Hailing from New Orleans, Louisiana, he studied Political Science and Systems Engineering at West Point. He graduated in 2016 from the Harvard Kennedy School of Government Master in Public Administration program, during which he served as the KSSG Vice President of Academic Affairs.