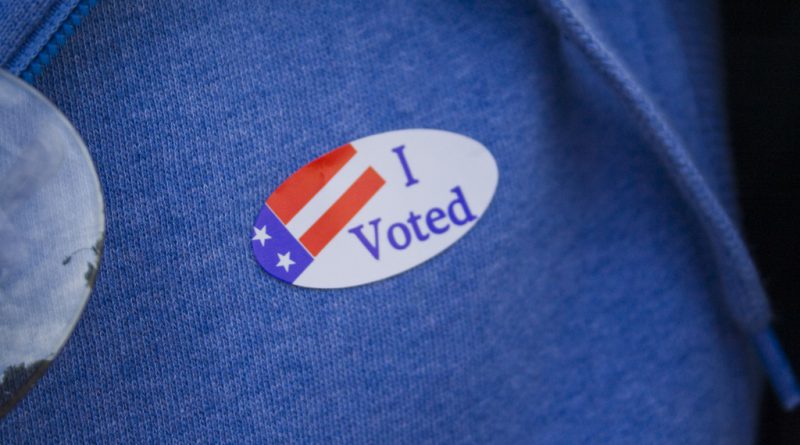 I consider myself a fairly engaged citizen. I have voted in all major French elections. I have demonstrated several times for causes I valued. I have participated in political debates, conferences, and forums. I am a Political Science major after all.

But I have never joined any organized political action. Rather, I hadn’t until two weeks ago when I decided to go canvassing for Hillary Clinton in Bedford, New Hampshire. On Saturday, October 29, armed with a Google map print-out and a listing of thirty houses, I spent four hours knocking on the doors of undecided voters to remind them to go cast their vote next Tuesday. For Hillary if possible, please.

Why did I volunteer? In part because I care about who gets elected. But, let’s be honest, it’s also because I wanted to have a closer look at the American “political machine.” What I found surprised me: neighbors opening their garage doors to receive volunteers, young graduates ready to shuffle hours in the rain to distribute a stack of flyers, grandmothers cooking casseroles to feed dozens of hungry volunteers. Overall, I felt a sense of camaraderie and belonging I had never experienced during elections in France.

This surprised me. Developed countries often struggle to address citizens’ defiance against institutionalized politics. In the US, voter turnout, a good measure of civic engagement, dramatically declined since the 1970s. In 2000, sociologist Robert Putman argued the slow erosion of social capital could partially explain Americans’ disengagement with political involvement. But what I saw contradicted everything I thought I knew about civic participation. This kept me wondering… Had the Democrats finally found a way to make politics sexy again?

The 2008 election was dubbed the “Facebook election,” for the way Obama used the Internet to mobilize supporters. But Obama also won thanks to his ability to leverage the support of thousands of “foot soldiers” to perform the labor-intensive grassroots fieldwork of canvassing, phoning or driving voters to voting stations. Since then, Republicans and Democrats alike have further institutionalized how to use community organizing techniques to “get out the vote” on the ground, a tactic that has proven effective in increasing voter turnout. In the early stages of the primaries, Hillary already had 12,000 volunteers, organized through fifteen offices across all States. On Election Day, it is hard to predict how many more have now joined the ranks – but based on previous elections, this could amount to millions of individuals.

What prevents France from setting up a similar system? The answer lies (mostly) in funding rules: recruiting, training and coordinating so many volunteers require an expensive network of staff and significant investments in campaign material. French law severely restricts the amount candidates can spend to finance their political campaigns. For the 2017 presidential election, the upper limit will be € 22.5 million for each of the two candidates selected for the second round. By contrast, political campaign fundraising in the US is virtually limitless. In 2012, Obama and Romney raised a combined $2 billion in donations. A few days ago, the Center for Responsive Politics predicted that the total cost of the 2016 elections could amount to almost $7 billion. The political system James Madison envisioned as a healthy representation regulated by competition between factions has turned into a sophisticated political machine, fueled by unconstrained money from powerful interest groups.

Analysts have marveled at the ability of the 2008 Obama campaign to engage citizens in the “work of practicing democracy.” But this transformative effect appears to be only made possible by the awesome sums of money pumped into American political campaigns, itself described by other commentators the main perverting factor of democracy in the US. There is something deeply puzzling in this paradox.

But is this really a paradox? In 2008, Obama’s campaign, with its new form of electoral participation, seemed to revive the promises of participatory democracy of the 1960s. It was understood that previously disenfranchised citizens could finally make their voices heard. But a closer look suggests that despite Obama’s transformative message of his campaign as a participatory social movement, its formal organization did not lead to more direct citizens’ participation in the campaign. Rather, Obama’s staffers and consultants skillfully coordinated volunteers’ efforts toward strategic political ends, such as more money and more votes. This transactional use of citizens’ support has been further developed in subsequent Democratic and Republication campaigns, including the current one. After all, as media specialist Daniel Kreiss reminds us, popular participation sometimes reinforces instead of challenging elite power, especially if it strengthens “the voices of those already most inclined to participate,” ultimately failing to generate more equal political participation across all citizens.

In-depth analysis suggests a more nuanced role for participatory solutions like campaign volunteering than celebratory discourses of democratic revitalization would suggest. But being aware of their pitfalls should not deter us from their potential. If harnessed properly, these new forms of civic engagement have the power to mobilize millions of citizens towards common goals. As I anxiously wait for the elections to come to a close, there is something comforting in knowing we can still invent new ways to perfect democracy.

Claire Chaumont is a doctor of public health at the Harvard T.H. Chan School of Public Health. Originally from France, she has global work experience in health, social and development policies. Her current interests include global governance, development assistance for health… and who is going to win the US presidential elections.