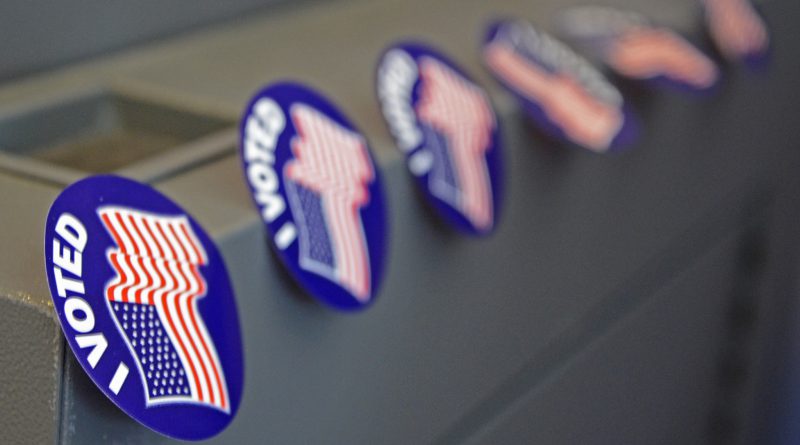 At 5:52 PM Eastern Time on Thursday, November 3, I put down the phone with the Los Angeles County Registrar’s Office, devastated. After spending more than forty minutes waiting for someone to answer my call, I was told that the registrar’s office had not received my vote-by-mail application. I mailed my application on October 24, eight days before the California deadline to submit. Apparently, my application to receive an absentee ballot had either not been recorded or had gotten lost in the mail.

The takeaway? I would not be able to cast my vote in the 2016 Presidential Election.

For a country that prides itself on the democratic process, I was appalled that I may not be able to perform my civic duty.

I trundled home and sifted through my options.

Could I still send in a vote-by-mail ballot application and get a ballot mailed to me in time? No. The last day to request an absentee ballot from the registrar’s office was November 1, seven days before the election.

Could I vote in Massachusetts? No. The state does not have same-day voter registration, and the last day to register in Massachusetts was October 19, twenty days before the election.

Even if it meant I could only vote for President and not California down-ballot races, could I vote provisionally in Massachusetts? No. I didn’t attempt to register in Cambridge, and therefore could not vote provisionally.

I was gutted hearing this news. How could I be denied my right to vote? It didn’t make sense. I rarely use Facebook to publicize personal dilemmas like this, but, with the encouragement of some of my classmates, I shared my experience on social media. The response I received was overwhelming and vexing.

My community gave advice on alternatives, reassured me that California will go blue anyway, and told me they’d rally friends and family to make up for my lost vote.

What really stunned me, though, was how many folks reached out and shared their voting stories. I was not the only one left out of the process. Numerous Harvard Kennedy School students asked what number I called because their vote-by-mail applications weren’t recorded on county registrars’ websites either, and they were worried they too wouldn’t be able to vote. Other friends sent me text messages worried that their ballots wouldn’t arrive on time and therefore wouldn’t be received by their states before Election Day. Colleagues wrote to me about how they’d been in my shoes in previous election cycles.

I was shell-shocked. It’s 2016. Voting in America should not be this difficult or stressful.

Immediately, I got on the phone with my parents. They sensed the disappointment in my voice, and we spent the next hour and a half of researching different phone numbers and hotlines to call for help. It was 11 PM and all the offices were closed. Maybe it was the late hour or confusion about phone numbers, deadlines, and different laws, but my Dad piped up during a lull in our conversation and said, “Why don’t you come home and vote here?”

There was an even longer lull. Initially, I thought he was joking, but my dad had found an answer. Los Angeles County offered early voting the two weekends before the election, and there was a polling location very close to home.

Would it be crazy? Yes.

Would it be worth it? Absolutely.

The next morning I woke up to a slew of Venmo receipts from classmates who wanted to contribute to my flight back home. I was floored and moved by everyone’s commitment to civic duty.

On Saturday November 5, I woke up at 5 AM and left for a 7:30 AM flight. After five and a half hours, 2,597 miles, and too many cups of coffee, I landed in LAX. Later that afternoon, I stood in line at El Camino College in Torrance with a sample ballot tucked under my arm, mesmerized at the turnout. Normally, I’d be overcome with impatience, but knowing that at the end of the line, I would walk into a booth and look at a ballot with “Hillary Clinton, President” on it, gave me all the adrenaline I needed. An hour and a half later, I walked out of the polling place with an “I Voted” sticker proudly displayed on my shirt.

Admittedly, flying back home to cast my ballot was not the most financially sound decision, but I learned something very important in the process. The pith of civic duty does not lie in news articles or Facebook posts. It is in the bubbles you fill in at the booth, when you advocate for the world you want to live in. It’s captured in knowing that the century women spent fighting for my right to vote was not in vain.

Maybe California should get the benefit of the doubt. It’s possible that my application was lost in the mail or was improperly sorted in the LA County Office. But it is inexcusable that with five days to go before Election Day, America could not provide a more feasible option for me to vote. Voter suppression is not limited to actions at the booth—it happens with early voter registration deadlines, limited same-day voter registration states, deadlines for vote-by-mail ballots, changing or limiting polling locations, not providing early voting days, strict voter ID laws, and numerous other obstacles. In fact:

At the end of the day, I know one thing for certain: it should not be this hard for people to vote in America. The strength, endurance, and integrity of our democracy depend on the process being friendlier and clearer. I was fortunate enough to find a way to cast my vote, but millions of Americans may be shunned by the complexity and ambiguity of the system.

According to the US Election Assistance Commission (EAC), almost one percent, or 258,380 absentee ballots, were rejected in 2012. To put that number into context, it would be the equivalent of rejecting all the ballots counted in Wyoming that election. Why reject these ballots? That’s actually unclear. By the EAC’s own admission, “many States do not track the reasons absentee ballots are rejected, leaving an incomplete picture of why these ballots were not counted.”

Of the limited data available, we do know that the number one reason absentee ballots were rejected in 2012 was because voters’ signatures on absentee ballot envelopes had to match the signature they originally provided to the Department of Motor Vehicles. For someone who has been through several signature iterations (because 15-year-old me had no idea what a good signature looked like), this reason seems absurd and ripe for human error.

Despite my frustrations, I realize that my case was not unique. For those millions of Americans who feel disenfranchised and confused by the bureaucracy and hurdles associated with voting, I’m with you, because we deserve better. Same-day voter registration, online voter registration, more reasonable mail-in-ballot deadlines, and less burdensome registration requirements are not too much to ask for in twenty-first century America.