Home > Articles > Where Are All the Female Diplomats? 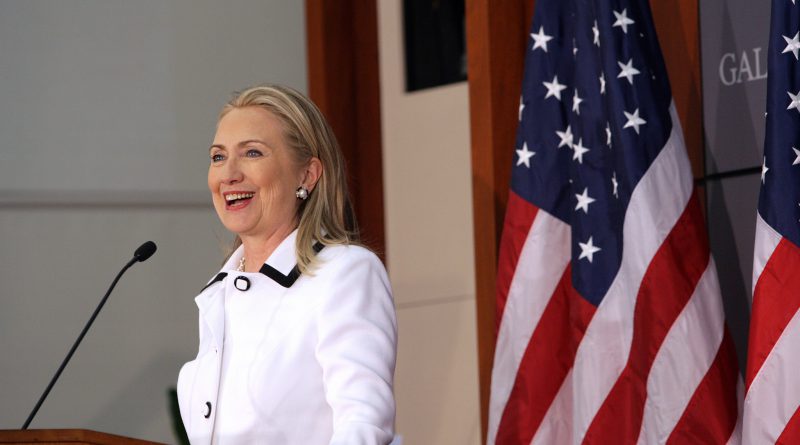 When Madeleine Albright arrived at the Democratic National Convention to see Hillary Clinton accept her party’s presidential nomination, she dressed for the occasion: She wore a brooch made of shattered glass to symbolize the historic nature of her friend’s achievement—putting “the biggest crack in the glass ceiling yet,” as Clinton said.

The first female Secretary of State in U.S. history, Albright herself is a trailblazer. Her appointment opened doors for her female successors Condoleezza Rice and Hillary Clinton and demonstrated women can and should have a place at the global negotiating table. Still, many of the women she inspired are still grappling with institutional barriers and gender bias.

Aspiring female diplomats for many years were faced with an all-too-familiar ultimatum: family or career, choose only one. The pressure was both explicit and implied: Until 1972, the State Department banned female Foreign Service officers from being married (let alone having children), and even after the rule was lifted, conventional wisdom dictated that the best negotiators were forceful, tough, and therefore masculine. At every turn, women in the foreign policy arena were largely being undermined, as were their business counterparts striving for seats in the boardroom.

In light of these obstacles, there is still much work to do before women achieve parity in the foreign policy arena. A recent analysis of American Foreign Service Association data conducted by the Pew Research Center in July 2016 found that of the 4,600 total U.S. ambassadors that have served in foreign nations throughout all of U.S. history, just 9% have been women. The two countries in which we’ve had the most ambassadors posted—Russia and Spain, with 74 each—have had exactly zero women posted there. Perhaps it is unsurprising that we have never appointed a female ambassador to Iran or Saudi Arabia, but what is our excuse for never sending one to Canada?

There are two important trends to glean from the American Foreign Service Association’s Female U.S. Ambassador Tracker data. The countries that have hosted the highest number of women ambassadors tend to be, first, those less central to U.S. foreign policy (such as Lichtenstein or Micronesia) and, second, those most Americans have probably never even heard of (including Kiribati, the Kyrgyz Republic, or Palau). The countries that are most central to American foreign policy, such as China, Germany, Saudi Arabia, and Russia, have had exclusively male ambassadors, whereas the country that has hosted the most female ambassadors overall is Luxembourg, a small European country with a population of just 500,000.

Today, diplomatic leadership roles still heavily skew male, but that doesn’t mean we aren’t making progress. More women than ever are serving in the Foreign Service, with the AFSA reporting that women currently account for approximately 40% of the officers corps. Pew found that 36% of the 158 total ambassadorships today are held by women, and according to one blogger who has been “obsessively” tracking Obama administration diplomatic appointees, we can thank President Obama for selecting women for ambassador vacancies one out of every three times during his two terms. Female diplomats have even achieved parity in South & Central Asian countries, occupying exactly 50% of the ambassadorships in the region, according to Pew.

A Hillary Clinton presidency wouldn’t just shatter the metaphorical glass ceiling as Albright’s pin quite literally signified. It has the potential to level the diplomatic playing field both at home and abroad in tangible, lasting ways. Just look at the opportunities her service as Secretary of State created for female diplomats in other countries. During Clinton’s tenure, Washington saw a significant uptick in the number of female diplomats to the U.S. from foreign countries, a phenomenon contemporaries dubbed the “Hillary effect.”

To better understand this trend, The Washington Post in 2010 spoke to female ambassadors who were experiencing firsthand the benefits of Clinton’s service. The perception was thus: Albright and Rice might have been considered anomalies, but Clinton’s appointment signaled a new normal. Claudia Fritsche, the ambassador from Liechtenstein, called the sequence of three female head diplomats “inspiring, motivating, and certainly encouraging.” Amelia Matos Sumbana, Mozambique’s ambassador, told the paper that Clinton’s visibility made “it easier for [foreign] presidents to pick a woman for Washington,” putting cracks in their respective nations’ diplomatic glass ceilings as well. “The pictures of U.S. diplomacy have been strongly dominated by photos of women recently,” Meera Shankar, the first female ambassador from India in more than 50 years, noted at the time. As someone who had been repeatedly mistaken for the ambassador’s wife instead of the ambassador herself, Shankar saw Clinton’s legacy as the normalization of the presence of women like her in diplomacy.

So if Clinton’s role as head of the State Dept. could influence the decisions of countless foreign heads of state, what could her presidency do in terms of access and empowerment for her own female citizens? For women all over the world?

However, it’s not like a woman president is unheard of; on the contrary, female heads of state are nothing new in many countries around the world. Indira Gandhi, Golda Meir, and Margaret Thatcher served as the Prime Ministers of India, Israel, and the United Kingdom, respectively, as early as 50 years ago, and today nations ranging from Germany to South Korea to Liberia have women leaders. But unlike newer democracies, the United States “has had two centuries to develop old-boy networks, the results of which are walls that are less easy to scale,” Dan Schnur, director of the Jesse M. Unruh Institute of Politics at the University of Southern California, told the Los Angeles Times. To put a woman in the White House would mean clearing one of the more significant remaining hurdles standing between the U.S. and gender equality, and it would show the world we are serious about practicing what we preach.

Yet just as the election of our nation’s first black president in 2008 doesn’t mean we’ve achieved a post-racial society, three female Secretaries of State, an increasing share of female ambassadors, and a potential female president do not mean our work is over. But a woman in the White House—and a former top diplomat at that—would send a strong signal the world over that the United States trusts women to make the tough decisions and drive the hard bargains that have too long been reserved for men.

President Obama made a concerted effort to build a more inclusive administration and encourage diversity in his national security apparatus. If Hillary Clinton wins next week and carries on her predecessor’s legacy of striving for parity in her administration, she will have her own legacy: Showing women and girls that there is nowhere—no boardroom, no embassy, no oval-shaped office—that we cannot go.

Lisa Feierman works in cable news production in New York City and is passionate about shining a light on policy issues that are often overshadowed by horse race political coverage. She is a graduate of the University of California, Berkeley, where she studied Media and Public Policy.