Home > Articles > A Tale of Two Elections: Why You Should Help Get Out the Vote This Weekend 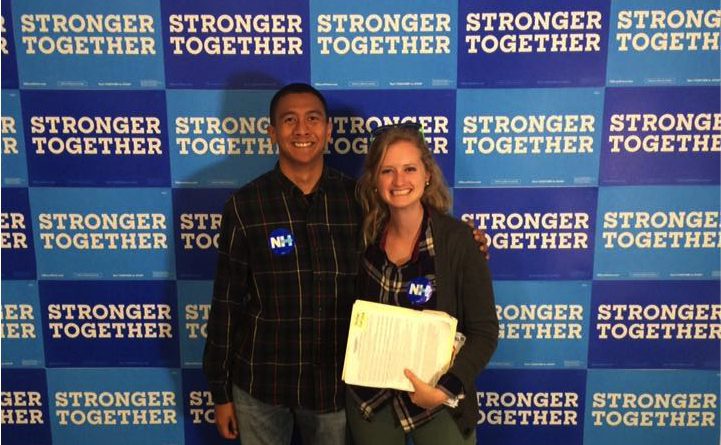 I was a 19 year-old college sophomore in November 2008. I had never voted before, let alone organized my classmates around anything bigger than the boundaries of our campus. But the tension between my civic duty as a voter and my academic duty as a college student was called into question, and I felt called to action.

In 2008, I was an undergraduate at the University of Virginia, one of America’s first public institutions of higher education founded by none other than Thomas Jefferson. The UVa student body was politically diverse, mirroring the political diversity of the state itself. This was the year that Sarah Palin famously denied that Democratic-leaning regions of Northern Virginia existed, and that Republican voters in central and southwest Virginia could take pride that they were from the “real Virginia.” I could palpably feel the political divide separating the student population during this election cycle.

That fall semester I was enrolled in the largest undergraduate class on campus, ECON 101, which was taught by a beloved professor. In creating his syllabus, he had scheduled a major exam for Election Day night, an exam which affected all one thousand students taking the course. Students of all political stripes were furious. We knew that our classmates would be cramming for the test all day on Election Day, and would hate to take the time to schlep out to the polling booth if they were registered to vote in our college town. If you didn’t have a car at UVa you needed to take a bus for 20 minutes each way to the county polling place, not including the time spent waiting in line to cast your ballot.

I remember trying to persuade my professor to change the exam date in office hours, which he staunchly refused to do. I left his office fuming, but found out soon thereafter that full-time students were legally allowed to vote early in person in Virginia. Which got me to thinking that an early voting carpool might help UVa students – the majority of whom were first time voters like myself – get to the polls well before the Election Day and our exam.

I spoke with the local campaign office, and they agreed to provide the cars so long as I provided the student voters. I put my email address on the chalkboard at the front of the lecture hall, and I left flyers on each of the 500 folding desks before class began. Facebook was helpful, too, so that I could help answer students’ questions regarding required ID and the time they should expect to spend away from campus.

Every day after lecture for the three weeks preceding the election we sent at least one car full of students to vote early. And on Election Day itself the cars ran all day long, painted and with balloons hanging out of the windows, helping students get to and from the county polling place in a timely fashion. It was a beautiful example of how students can self-organize to solve voting access problems, and one I’m proud to have been a part of.

I can’t help but remember this story as I go door to door for Hillary Clinton, Maggie Hassan, and other candidates in 2016. How has the tenor of this election cycle differed from the tenor of Get Out The Vote efforts in Virginia in 2008?

For starters, this election season has brought all of America’s dirty laundry to the surface, on issues of race, class, gender, and xenophobia. The 2008 cycle was optimistic and hopeful, whereas the 2016 cycle has been painful to watch, listen and engage others around.

I’ve knocked on doors with Harvard Kennedy School Democrats this fall, which is always an educational experience for me. Hillary supporters in suburban New Hampshire have been comforted that they are not the only ones voting for her in their politically mixed neighborhood. They worry about how the campaign language is affecting their children and other young people.

In my mind, American young people should be able to see themselves in their President. Barack Obama did that for so many youth of all ages in 2008 and again in 2012. Hillary Clinton would do the same for girls and young women around the country who have seen her battle scars and witnessed her rise as a political leader.

As you take to the polling booths – and to the phone banks – this weekend and early next week, I call on my fellow students to remember why we are here at Harvard Kennedy School. We have asked what we can do for our respective countries and constituencies that we care about. If you have been on the fence about volunteering your time, intellect, and energy in this election cycle, the time is now. We need your support in New Hampshire, in Cambridge and on phone lines to voters around the country.

You might not like Donald Trump or Hillary Clinton, but you probably have thoughts about the policy platforms they represent and about their respective ability to create change as an elected, adaptive leader. I hope that you’ll consider spending time this weekend educating others about the issues and the candidates you feel strongly about. In my mind, the policy ideas we learn about at HKS are wonderful, but they will never be implemented without confronting the political realities on the ground. We can shape that political process ourselves this weekend by talking to likely voters and encouraging them to get out to the polls

You have the opportunity to change the tenor of this debate. You have the opportunity to help others voice their legitimate concerns in the political space. Every time you speak with a community member about this election, you have the chance to learn more about their political values and share a glimpse of your own. Ask what you can do for your country, whether that is the United States or any country watching this election from the outside.

Melissa Bender is an MPP2 student and an MPP2 representative on Kennedy School Student Government. She is traveling to upstate New Hampshire this weekend to participate in two full days of Get Out The Vote activities. She’d like you to sign up for GOTV efforts here, and follow the virtual GOTV conversation here.

Melissa Bender started her career in international development, where she supported USAID staff posted overseas with program evaluation and professional development. She then pursued a year of service with Reading Partners, a national literacy non-profit. She is currently a second year Masters in Public Policy student at Harvard Kennedy School, where she is focusing on performance management within the education space. She holds a B.A. in Foreign Affairs and Russian Studies from the University of Virginia.